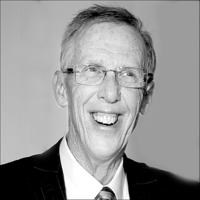 BORN
1942
DIED
2018
FUNERAL HOME
Joyce Funeral Home
245 Main Street
Waltham, MA
DUNN, Raymond J., III Entrepreneur, Philanthropist, Family Man Raymond J. Dunn, III of Lincoln, MA died on March 7 at the age of 75. He was born in West Hartford, CT, the son of Raymond Jr. and Nancy Manion Dunn and was given the nickname "Slugger" as an infant waving his hands in the bassinet, a nickname that continued until his Army career. He attended Kingswood School, playing three sports, and went on to Georgetown University where he graduated with a degree in Economics. He made lifelong friends there, played on the Great Wazoos Intramural basketball team, and was captain of the GU Varsity soccer team for two years. He met Kelly Louise Snider in his senior year; 11 months later they were married and last year they celebrated their 53rd wedding anniversary. Ray was commissioned a 2nd Lieutenant in the Army at graduation and after Air Defense School was posted to Inchon, South Korea where he commanded a squadron. His proud achievement there was managing to construct a heated field latrine for his troops. Ray was later stationed at Hampton Roads Army Terminal and for his service was awarded the Army Commendation medal. Upon discharge, Ray attended Michigan State University where he received an MBA. After a period of time as a hospital consultant in NYC, Ray moved to the Boston area. He was recruited by Edward "Buddy" Leroux to be Administrator of the fledgling New England Rehabilitation Hospital in 1971. He was able, with a talented team, to expand the business and become the founder and Chief Executive Officer of Advantage Health Corporation, a publicly traded company with 7,000 employees and 150 sites of service in the Northeast United States that specialized in physical rehabilitation and employed over 1,000 physical, occupational and speech therapists. Advantage Health Corporation was sold in 1996 to an S&P 500 company. At that time, Ray shared the profits from the sale with his employees and founded the Dunn Family Charitable Foundation to help people in need. Following the sale of AHC, Ray founded the Latin Healthcare Fund, L.P., a venture capital fund that invested in seven companies in Latin America from 1997 to 2007. Most recently, Ray invested in early stage healthcare companies that strive to enhance outcomes and reduce costs in the healthcare system. He served on the Board of Regents at Georgetown University for 6 years, on the Board of Lazarus House in Lawrence for over 20 years and was currently on the Board of Por Cristo in Boston. Ray and Kelly raised their family in Littleton, Massachusetts where he coached Little League and Youth Soccer and formed another group of close buddies, particularly "The Poker Group", whose members , perhaps, joked and talked more than they played cards and who had a talent for skits and performances at birthdays and weddings and for friendship. Ray loved sports and was proficient at tennis, racquetball, bowling (The Alley Opps) and golf as well as being an avid fan of all the Boston area sport franchises. Through St. Elizabeth of Hungary parish in Acton, the Dunns formed what was known as a Family Cluster with four other families. This intergenerational group has for 40 years been a source of fun and emotional and spiritual support. One of the kids, now in his late 40s, recently wrote: "He was always looking to get the best out of everyone and he was always on the side of the underdog… If the basic goal of life is to give more than you get, Mr. Dunn would be happy to know he won his final game by a landslide." Ray was a regular church-goer and later in life attended St. Julia's parish in Lincoln/Weston and St. Timothy Church in Bristol, NH. He prayed for others, and enjoyed saying grace with his family. Known for his conversational skills and storytelling prowess and "never letting the truth get in the way of a good story," Ray was interested in everyone he met and wanted to know their stories. He loved to help others, to be a mentor, and to give advice – lots of advice. Ray and his family, through St. Elizabeth, sponsored two sets of Vietnamese refugee brothers in the 1970's who lived in their home until they were settled. One of Ray's favorite stories was about helping Tu Ngoc Nguyen get his MA driver's license and almost getting thrown out of the back seat for his advice to the examiner. Ray is survived by his wife; his son Jay (Raymond IV) and wife Melina Formisano and their children Tori and Joey (Raymond V) of Washington, DC; Martin Dunn, his wife Rachel Fine and their children Nathaniel, Claire and Caleb of Brooklyn, NY; Peter Dunn of Sarasota, FL; and his beloved daughter Margaret, her husband Eladi Bermudez and their twin daughters Isabel and Gemma of Belmont, MA. His sister Marianne died many years ago but he is survived by his brother Peter of Farmington, CT. They were very close and supportive of one another, especially through various health crises. He is also survived by a brother-in-law, sister-in-law, five nieces and nephews and many Manion and Dunn cousins. The wake will be held at the Joyce Funeral Home, 245 Main St., WALTHAM, MA on Sunday, March 11 from 2:00 to 6:00 PM. The Funeral Mass will be celebrated at Saint Julia Church, 374 Boston Post Rd.,Weston, MA at 11:00AM on Monday, March 12 and will be followed by a reception. In lieu of flowers, contributions can be made to Por Cristo, Inc., 77 Warren Street, Brighton, MA 02135, www.porcristo.org which provides health care services for at-risk women and children in Ecuador or to The Mayhew Program, PO Box 120, Bristol, NH 03222, www.mayhew.org which provides interventions and services for at-risk teenagers. For directions and to offer condolences please visit www.JoyceFuneralHome.com 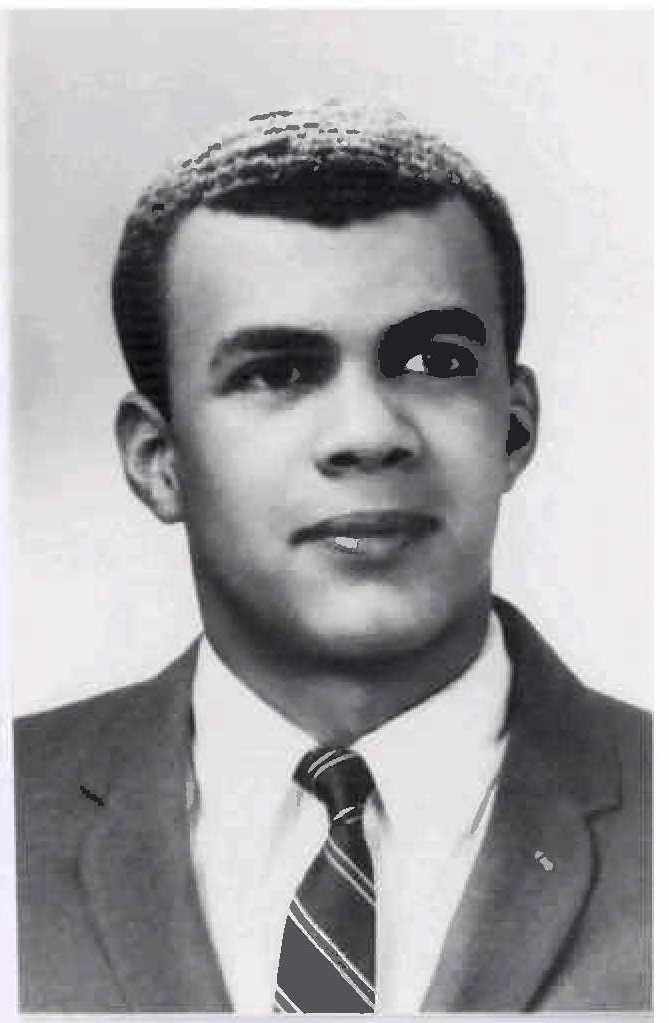 To the Dunn Family:
Please accept my belated heartfelt condolences. I knew Ray (Slugger)
in West Hartford, CT. at Sedgwick Jr H.S. We were good friends and played basketball and Alumni League Baseball in the summer at Duffy field.

Ray was a kind, friendly and considerate person. Although our contact after Sedgwick was limited because I went to Conard H.S., Ray "Slugger" Dunn was a significant part of my childhood development.

Sincerely,
James A. Johnson
www.JamesAJohnsonEsq.com
James Johnson
Friend
December 8, 2020
"Ong Ray" (Mr. Ray) was a great man and I am incredibly saddened by his passing. His generosity and warmth is something that I will never forget. He was definitely one of the good ones and I consider myself really lucky to have known him. May he rest in peace.
Nam Nguyen
April 16, 2018
I knew Ray from our association as Board members for Lazarus House Ministries. Ray was very compassionate, caring and conscientious. A man generous with his time, his talent and his means, a good example to all.
May he rest in peace. My prayers are with his family and my gratitude for having shared Ray with us!
Fr. Peter Gori, OSA
Coworker
March 13, 2018
KELLY AND FAMILY:

I WAS SO SADDENED TO HEAR OF SLUGGER'S PASSING. OUR THOGHTS AND
PRAYERS ARE WITH YOU.
MARY DIMARTINO TREPANIER
Classmate
March 13, 2018
Dear Louise aand Family,

I was so sorry to hear about Ray's passing. Our prayers are with you and may God cloth you with His love and compassion in your time of grief.

Love Peggy Lavery Leo
Peggy Lavery Leo
March 12, 2018
Kelly, our condolences to you and your family. We were saddened to hear of Ray's death, but heartened to read about his full embrace of life. We continue to have fond memories of the Family Clusters at St. Elizabeth's--and the ways in which you and Ray helped them come alive. We will be sending a contribution to Por Cristo in Ray's memory. Love and prayers.
Art and Beth Kubick
Friend
March 12, 2018
Kelly & family. I am in Florida but sad to hear if Ray's death. I can only imagine Hugo & him already starting a poker game. Love & prayers to all of you
Sally Guidotti
Friend
March 10, 2018
I agree with Barbara Borgal. My life also changed when I met Ray Dunn. He was, quite simply, my friend, colleague, mentor, emphasis on friend. I enjoyed every minute of my working life with Ray and have always called those days at Advantage Health the very best of my career. Ray believed in me, challenged me, respected me, and made every day or conversation a sweet and bumpy ride! He was always there for mean extraordinary ordinary man. He was a friend to all he met and a silent champion of many. I was privileged to have all these years with him, yet what I wouldn't give for one more day. I will miss him and remember him every day of my life.

My heartfelt condolences to his family and all of his other friends. We had a great time, didn't we? Rest in peace, Ray, and thank you for all that you gave me. You will always mean the world to me.

Linda
Linda Petrous
Friend
March 9, 2018
Ray Dunn was a caring contributing member of the Board of Lazarus House Ministries in Lawrence MA. In my role as Chairman at that time, I always knew I could depend on Ray for insightful analyses and pertinent suggestions. And we always had fun together! During our lunch last fall with our mutual pal Jim O'Brien we once more shared stories of our shared challenges in building early stage companies and shared our appreciation for the many blessings in our lives. Go softly into the night my friend Ray.
Jim Furneaux
March 9, 2018
This photo says it all. It reflects Ray's great personality and his wonderful sense of humor. He will be missed by many.
Judy Brsso
Friend
March 9, 2018 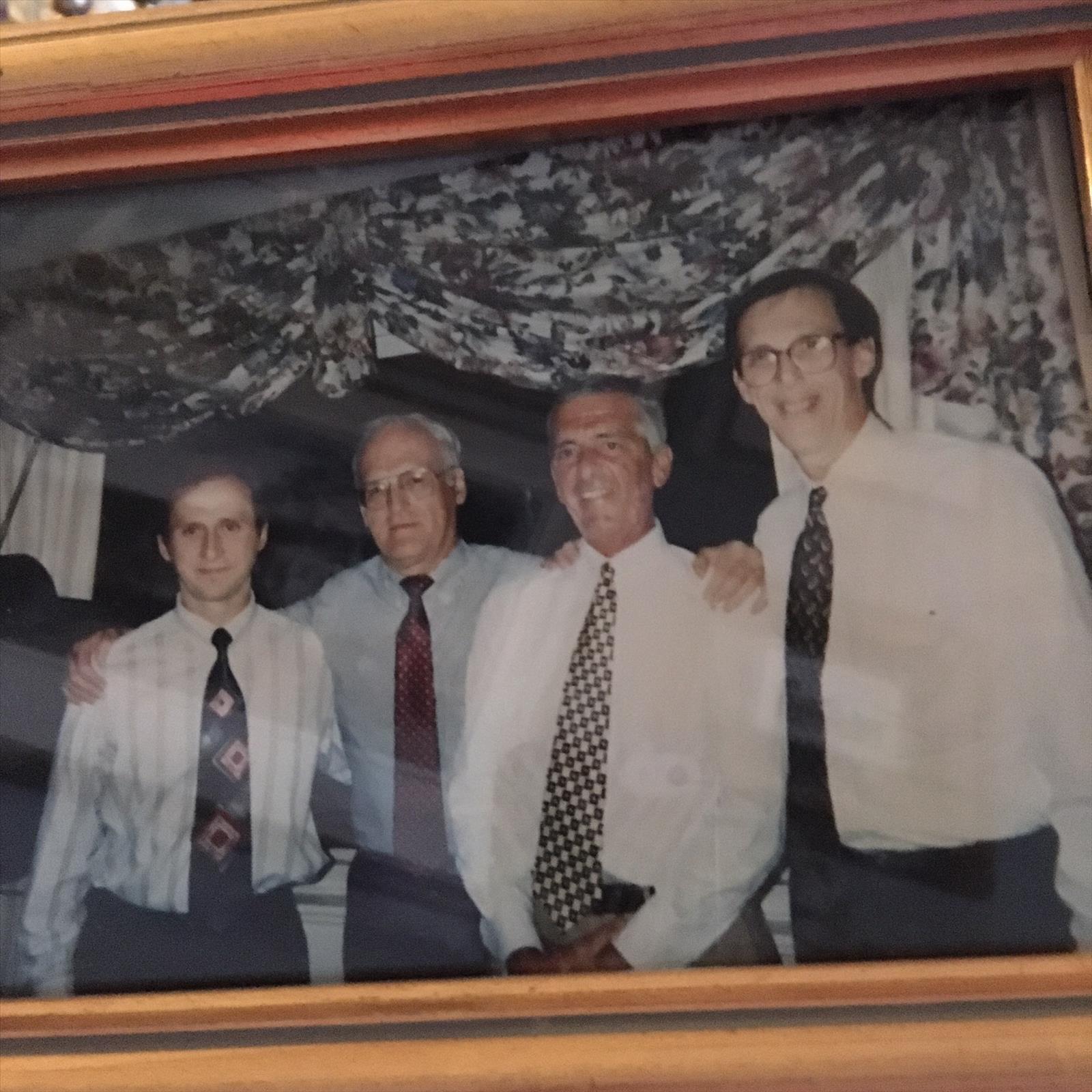 I am very sad. My life changed when I met Jerry Borgal and Ray Dunn. I learned the love of life.... and work. Hope Jerry and Ray are talking old times. My thoughts to the Dunn family.
Barbara Borgal
March 9, 2018
My heart goes out to Ray's family and all those who had the honor to get to know him. I met Ray through Lazarus House and he quickly became an important mentor in my life. I have fond memories of our time together including those sometimes lengthy meetings in his office. When my wife knew I was meeting with Ray at the end of the day she didn't plan on me being home in time for dinner! He and I had a lot of fun and laughs while doing serious work for Lazarus House, Por Cristo and Hope CommUnity Center. Ray had a contagious laugh and was a wonderful storyteller. He was also incredibly generous with him time, talents and treasure. His philanthropy touched countless lives particularly for families in need from around the corner to around the globe. Ray will be sorely missed. He has left the world a much better place and his impact, especially giving hope to those living on the margins, will be felt for generations. God bless you Ray and may you rest in peace.
Ray Joyce
March 9, 2018
Showing 1 - 12 of 12 results