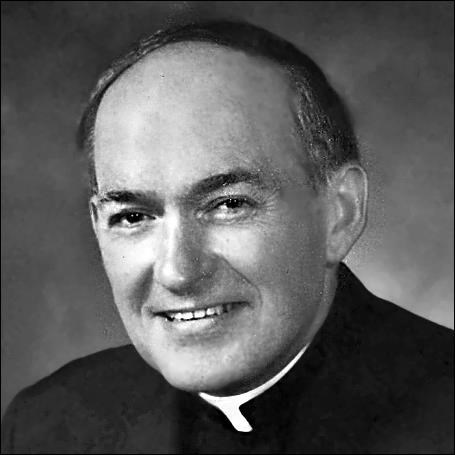 Fr. Butler was born in Boston on October 29th, 1934 to his beloved Parents, Edward I. and Margaret (Peggie) Lindsey Butler. He was the oldest of four siblings, a late brother Edward F. (Buddy) of P.E. lsland, Canada two surviving Sisters, Helen E. Gibbs of Salem N.H. and Linda M. McGeorge and partner Richard Perrier of Winthrop. He was the beloved and proud uncle of Joseph and Robyn Gibbs Jr., Calif., Bruce and Helen Ann (Gibbs) Gusler, Plaistow N.H., William and Cindy Gibbs N.H., John and Tricia Gibbs, Salem, N.H., Edward T. Butler, Lowell, Scott and Kelly A. (Butler) Cazel, Calif.,and Geoff and Dana (McGeorge) Luparello of Hilliard, OH. His Great Uncle duties extended to nieces, A.J., April, Stephanie, Katylyn and to nephews Bill Jr., Aaron, Brock, Cole. His extended family aunts, uncles, cousins covered the United States and Canada. His loyalty and friendships reached out all over the world and lasted for decades up and to this present time. Fr. Butler attended Winthrop Schools, Salem State, St. Philip Nieri, the Cardinal O'Connell Jr. Seminary and lastly St. Johns Seminary when he was ordained at the Cathedral of the Holy Cross Boston on May 2nd,1961 by Richard Cardinal Cushing. His assignments were in parishes of The Archdiocese. He became the Director of Parish Councils in 1964. During the same time, he served as a Chaplain in the U.S. Air Force. His Education continued on an ongoing basis earning several Masters degrees. His insatiable appetite to learn and to know was one of his many quiet attributes. His political stances were well known amongst his family and friends. His love for his family, his religion and his God was unquestionable. He mentored and advised all who asked and never turned a soul away. He was a loving, wise, personable, kind man. He will sadly be missed by all who had the chance to meet him and love him for who he truly was. As he always said, "His God knew him best."

Family and friends will honor Fr. Butler's life by gathering in Vazza's "Beechwood" Funeral Home, 262 Beach St., REVERE, on Friday, January 12th from 3:00pm to 8:00pm and again on Saturday morning at 10:00am before leaving in procession to St. John the Evangelist Church, Winthrop, for a Concelebrated Funeral Mass in his honor at 11:30am. Committal will take place in the summer at the St. James Parish Cemetery, Georgetown, Prince Edward Island, Canada as requested. May he rest in peace.........

Revere 1-800 -252-1127
Published by Boston Globe from Jan. 5 to Jan. 10, 2018.
To plant trees in memory, please visit the Sympathy Store.
MEMORIAL EVENTS
Jan
12
Visitation
3:00p.m. - 8:00p.m.
Vazza Beechwood Funeral Home
262 Beach Street, Revere, MA
Jan
13
Visitation
10:00a.m.
Vazza Beechwood Funeral Home
262 Beach Street, Revere, MA
Jan
13
Funeral Mass
11:30a.m.
St. John the Evangelist Church
Winthrop, MA
Funeral services provided by:
Vazza Beechwood Funeral Home
MAKE A DONATION
MEMORIES & CONDOLENCES
4 Entries
I was trying to wish fr. Bill a Happy Birthday today, when I realized all his contact info that I had was gone....phone #s disconnected. We were great friends for many years. I first met Fr. Bill through my grandmother many many years ago, and we reimagined friends ever since. We used to winter in West Palm Beach, and see him occasionally for dinner while there. We visited him in Prince Edward Island one summer while on vacation there. I am so sorry I did not know of his passing sooner. It is somewhat consoling to know he passed away doing what he loved to do...a cruise to the islands with his many friends.
My deepest sympathy to all the family. And Happy birthday Fr. Bill!!

Duchie and Phil Murphy
October 30, 2018
May all turn to our Grand Creator for comfort, strength, and endurance during this extremely difficult time...

Essie C IN
January 10, 2018
Fr. Bill Butler was a true gentleman and God-loving man. His personality lent friendship and support to many. His pastoral leadership at St. Mary's made us a better parish and those days during his tenure will never be forgotten. Great times at St. Mary's. God Bless Fr. Bill and his family.

Stephen Fielding
Stephen Fielding
January 10, 2018
Dear Linda, Dana, Rick and family,
Deepest sympathies are sent from Dottie and Tom...Wrap yourself in the warmth of the wonderful shared memories and take comfort knowing Fr Bill is in heaven with God
Dottie Donofrio
January 9, 2018
Showing 1 - 4 of 4 results