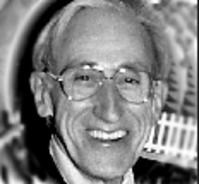 FUNERAL HOME
Keefe Funeral Home
5 Chestnut Street
Arlington, MA
Malatesta, Richard J. "Dick" 88, a charismatic man of high standards and uncompromising integrity, died peacefully at Brooksby Village in Peabody on January 21, 2014, with family by his side. He was born and raised in Arlington, graduating from Arlington High School and then Bates College, where he was elected to Phi Beta Kappa and Delta Sigma Rho and received awards for outstanding public speaking. It was at Bates that he met the love of his life, Geraldine Weed, to whom he was married for 65 years. Dick attended Harvard Law School but left to join the executive training program at Filene's, rising rapidly through the ranks and becoming a Vice President. He was admired for inspiring legions of young retailers to adopt his demanding standards of excellence. After retiring from Filene's he became a Vice President at New England Development Corporation and, later, Director of the New England Sports Museum. Dick had many diverse talents and interests. He was a gifted singer, a passionate Boston sports fan, a lover of history, and a stimulating conversationalist. His love of and pride in his family were deep and powerful and rooted in his Italian heritage, of which he was also very proud. He made many trips to Italy, falling in love especially with Lago di Como. One of the highlights of his life was traveling to Italy with all his children and grandchildren in 1998 to renew his wedding vows and celebrate his 50th wedding anniversary. He is predeceased by his parents, Joseph and Rose Malatesta, and his seven siblings: Emanuel, Joseph, Norina, Isadore (Bill), Evelyn, Thelma, and Josephine. In addition to his wife Geri, he is survived by his children: Phyllis Meade of Acton, Joan Storey of Arlington, Jan Penney of Arlington, and Steven Malatesta of Billerica; his sons-in-law: Jeffrey Meade and Bruce Penney; his grandchildren: Elizabeth Meade Warren, Kathryn Penney, Melissa Penney, Christopher Meade, Scott Penney, Jonathan Penney, Alexandra Socha, and Rebecca Penney; and his great-grandchildren: Lila and Emmy Warren. Special thanks to Dr. Martin Solomon, who took such good care of him. A service to celebrate Dick's life will be held at 11 a.m. on February 8 in the chapel at the Brooksby Village Retirement Community, 300 Brooksby Village Drive, Peabody, MA. Because Dick credited Bates College with having such a positive impact on his life, it was his wish that donations in his memory be made to Bates. Please make checks payable to "The Bates Fund" and indicate that the gift is in memory of Richard Malatesta, class of '46. Mail to: Bates College, Attn: Gift Processing, Office of College Advancement, 2 Andrews Rd, Lewiston, ME 04240. Online, go to Bates.edu/give and specify in the "comments about your gift" section that your gift is in memory of Dick. For directions, or to leave a condolence, visit www.keefefuneralhome.com.

Although I never had the privilege of meeting your father, he sounded like a wonderful gentleman.

God's light & love is shining upon him.

Your father as well as you entire family will be in my prayers.

Love,
- Rich & Peggy Kenney
Margaret M Kenney
February 1, 2014
Steven--So sorry for your loss. Losing a parent is so profound. Thoughts are with you and your family at this time.
Celeste Hart-Legere
January 29, 2014
Through friendship with Steve, I got to know Mr. Mal a bit and appreciated invitations to his living room for conversation or the last period of a Bruins game after emerging from his basement from band practice. Watching the 2001 AFC Championship vs Pittsburgh with Mr. Mal and Steve is a great memory. May God Bless you all.
Mark Rutkowski
Mark Rutkowski
January 27, 2014
My name is Lou Scolnik and Dick and I stayed in touch all the years since our days at Bates College. I remember being in the same British History class with Geri. Dick and I got to be close friends when playing in the Bates Bobcats Dance Band that played Saturday nights at the Chase Hall Dance Floor. After Bates, I remember learning of how Dick distinguised himself as the top guy at Filenes in Boston. We lost touch for a while I pursued a legal and Judicial career. Around 7 years MY wife Paula and I moved to Andover Mass and Dick and I resumed our friendship and although we did not see a lot of each other, we did stay in touch. He joined me in Danvers where I played at the Senior Center jazz band and Dick sang a bit with the Maple Sugar Band. I regret I did not visit him at Brooksby but we did maintain phone contact from time to time. I loved his warmth and admired his good nature and excellent mind. My condolences to Geri and the familyl
January 25, 2014
Just heard or Dick's passing and we send our deepest condolences. He was the best kind of guy - classy, warm, friendly, smart, and always with a smile. We know he will be missed by all of you.
Stu & Ellen Kazin
January 24, 2014
I worked with Mr. Malatesta at Filene's. He was an inspiring man.
His memory will be a blessing to all who loved him.
Christine Sorensen
christine sorensen
January 24, 2014
Showing 1 - 7 of 7 results