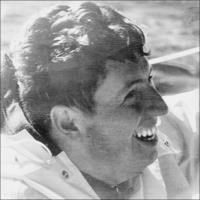 Published by Boston Globe from Sep. 16 to Sep. 19, 2021.
To plant trees in memory, please visit the Sympathy Store.
MEMORIAL EVENTS
Oct
2
Memorial service
2:00p.m.
First Parish
20 Lexington Road, Concord Center, MA
Funeral services provided by:
Dee Funeral Home & Cremation Service
MAKE A DONATION
MEMORIES & CONDOLENCES
2 Entries
On the few occasions I met him as a childhood friend of Katherine´s, Bob was so warm and kindhearted. You could tell he had a special and rare character. I am so sorry for your loss and thinking of you.
Rachel Banay
September 24, 2021
So sorry for all the family of Bob Brack- you are in my thoughts!
Laurie Andersen
September 17, 2021
Showing 1 - 2 of 2 results