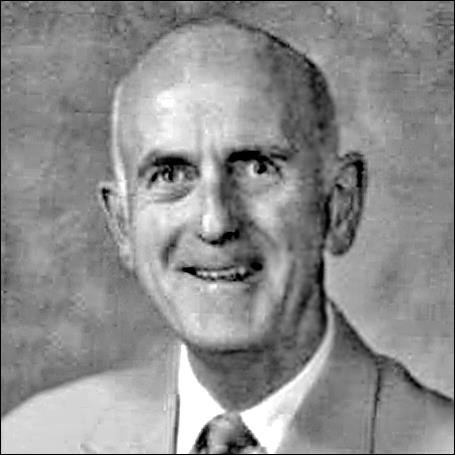 He was born in Portland, Maine on March 9,1923, the third of five children of Joseph Crozier, an engineer with the Maine Central Railroad, and Harriet, an elementary school teacher in the Portland public school system.

Dr. Crozier was a graduate of Bowdoin College and Georgetown University School of Medicine.

On January 15, 1959, he married Mary Clayton, a feature writer with the Boston Herald-American and a media consultant. Dr. Crozier's wife survives him along with their two children, Matthew and Julia.

Dr. Crozier was a man of many talents. He also was determined, accomplished, kind, gentle, and caring.

He loved music, enjoyed painting, and was a fine carpenter (having acquired these skills from his father).

While at the Lahey Hospital and Medical Center (known as the Lahey Clinic before moving to Burlington), Dr. Crozier published several articles on diseases of the esophagus, and he founded Lahey's Esophageal Motility Laboratory.

In addition to his gifts as a medical caregiver, Dr. Crozier also proved a stellar fundraiser for Lahey, serving as a founding member of the hospital's Alumni Association and as its Executive Director from 1968 until 1988.

In 1988, a grateful patient of Doctor Crozier established the Robert E. Crozier Gastroenterology Endowment Fund to honor Dr. Crozier for his medical expertise and his devotion to his patients. The fund supports a yearly lecture in Gastroenterology that brings together leaders in the field who are advancing cutting edge new treatment protocols.

He also was an exceptional athlete and, at over 6 feet 2 inches tall, he played basketball and baseball for both Portland High School and Bowdoin College in Maine. The Boston Red Sox expressed interest in Dr. Crozier as a pitcher even while he was in high school.

World War II intervened, however, and Dr. Crozier interrupted his studies at Bowdon to join the Navy where he served as a deck officer on a U.S. Tank Landing Ship in the Pacific. He returned to Bowdoin to graduate, and then earned his medical degree at the Georgetown University School of Medicine.

When Dr. Crozier completed his medical residency, he served as Ship's Doctor aboard the S.S. United States, flagship of the United States Lines, and he did so for several trans-Atlantic crossings.

Dr. Crozier's love of the sea sprang from growing up in Portland, the port city to which he returned from his adopted home in Boston throughout his lifetime

Late in life, Dr. Crozier took up running as a fitness regime that led him to race annually in the Boston Marathon in the late ?70s and early ?80s.

For over 50 years, he was a member of the University Club in Boston where he excelled at swimming and squash. He cherished his early morning exertions there and the breakfasts that followed with his friends in the Early Birds Club.

When not in Boston, Dr. Crozier could be found at his family's seaside cottage in Cape Neddick or with members of the extended Crozier family in the Portland, Maine area.

His funeral mass will be celebrated on Saturday, September 9, 2017 at Saint Cecilia Church, 18 Belvidere St, Boston. Immediately following the service, a reception will be held at the Hilton Back Bay Boston (next to church). Friends and relatives are respectfully invited to attend. Boston Harborside Home

To plant trees in memory, please visit our Sympathy Store.
Published by Boston Globe from Sep. 6 to Sep. 7, 2017.
MEMORIAL EVENTS
Sep
9
Funeral Mass
Saint Cecilia Church
18 Belvidere St., Boston, MA
Funeral services provided by:
J.S. Waterman Langone Chapel
MAKE A DONATION
MEMORIES & CONDOLENCES
10 Entries
I'm late to post, but just came across this today and felt compelled to write. My dad did odd jobs for Dr. Crozier at the cottage in Cape Neddick for many years. He and my mom often spoke of his kindness and generosity. Even when health issues required my dad to cut back on work he was able to do, Dr. Crozier remained a kind and thoughtful friend. Mary, Julia, and Matthew, you are in my thoughts.
Gail Clough Rice
October 19, 2017
Another from the 'Greatest Generation' in God's care.
Thank you for your service.
September 15, 2017 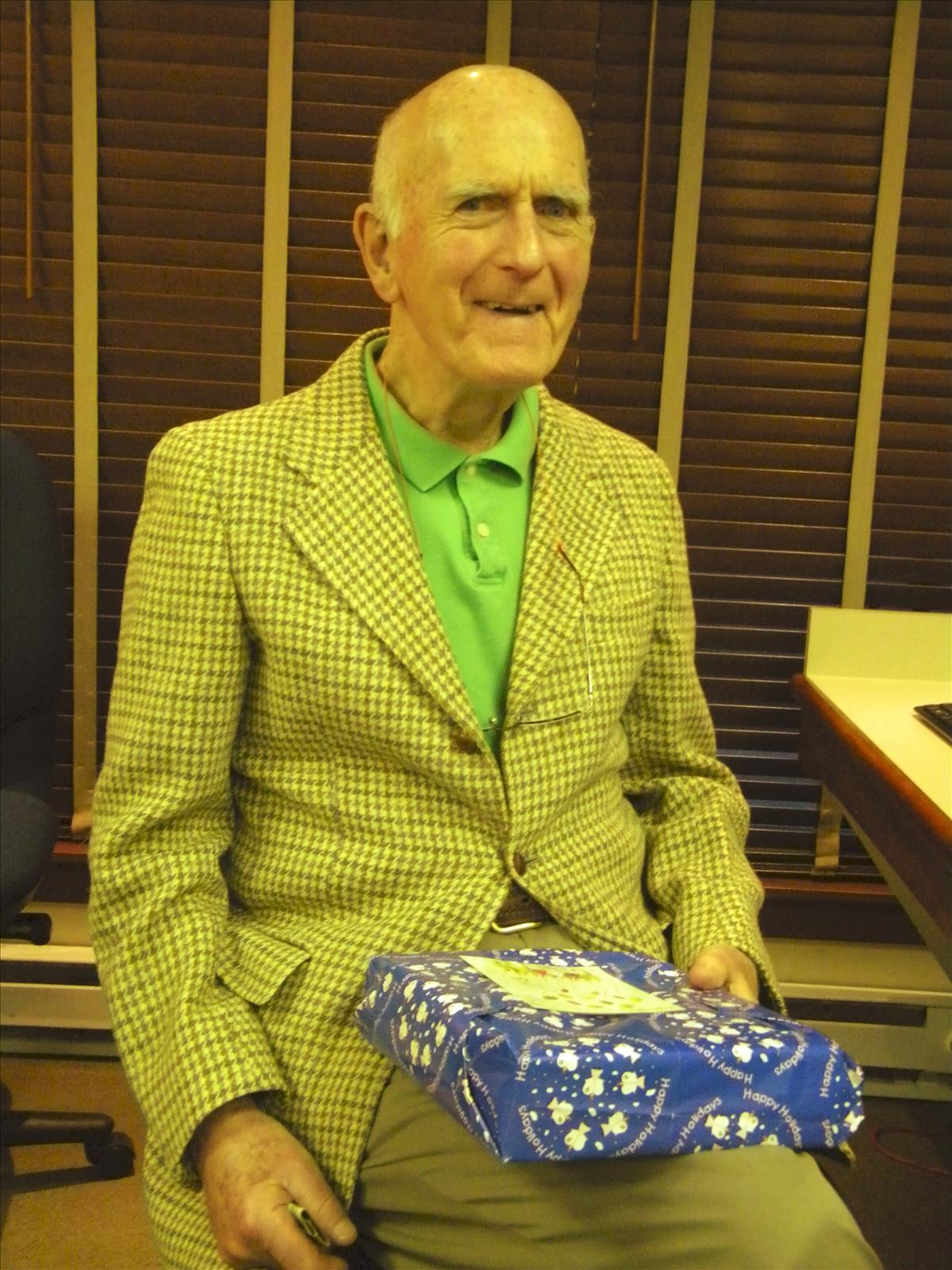 Julia Crozier
September 12, 2017
Dear Julia, I was saddened to read about your father's passing. Although I never met him, I was interested to read about his great accomplishments and understand more about you and your many talents and capabilities. I am sending prayers to you and your family at the time of this great loss. Take care, Lynn Bratley
Lynn Bratley
September 9, 2017
Hank Shaw's fine words are echoed by all at the University Club, whether one actually knew Dr. Crozier personally or only knew him by sight. He personified grace and dignity, and had a zest for going at life socially, intellectually and athletically to the best of his abilities, which were substantial--his spirit will well live on in the hearts and minds of all who knew him.
ed serues
September 8, 2017
Heartfelt sympathy to all of Bob's family and friends. As a fellow University Club, it was a privilege for me to spend time with Bob at the club and receive the benefit of his sage words and kind presence. He was one of the great ones and will be sorely missed.
henry shaw
September 8, 2017
Sorry for the lost of your beloved one. Cherishing and sharing many memories of his long life will soothe your heart. May God's loyal love sustain everyone. 1 Peter 5 verses 7. Sincerely yours.
Judith
September 7, 2017
kristen tully
September 7, 2017
Cousin Mary, Julia and Matthew,

I was hoping to be able to attend the services but a previous commitment will prevent me from being there.

As family, we share your loss but we also hope that with the outpouring of support from family and friends, you'll find your way through this difficult time.

Both Marge and I want to offer our sincere condolences.

May Bob rest in peace and may you all find comfort in the knowledge of a life well lived.
Ed O'Connor
September 7, 2017
dear Crozier family,
I was so sorry of the passing of uncle Robert I new he was quite sick and went with no hurt. I am happy he is in peace. So sorry for your . I heard he was a nice man.family.Kristen Tully
kristen tully
September 6, 2017
Showing 1 - 10 of 10 results