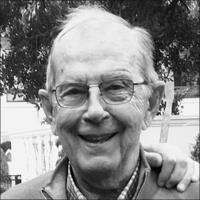 BORN
1931
DIED
2022
ABOUT
North Quincy High School
FUNERAL HOME
Saunders-Dwyer Funeral Home
495 Park Street
New Bedford, MA
UPCOMING SERVICE
Memorial service
Jun, 4 2022
2:00p.m.
First Parish Church
Send Flowers
DANFORTH, Robert W. Of Mattapoisett, MA, passed away peacefully on January 2, 2022, surrounded by his beloved daughters and several of his eleven grandchildren. Born on February 16, 1931, in Quincy, MA, Bob was the son of the late Wallace and Ruth (Olson) Danforth. After graduating from North Quincy High School in 1948, Bob attended the Massachusetts Institute of Technology, where he played varsity baseball and earned an Engineering degree. Upon graduation, Bob served in the U.S. Army and went on to earn an M.B.A. from Harvard Business School. Many of Bob's Harvard classmates would remain cherished friends for the remainder of his life. Upon graduation, Bob joined Litecontrol Corporation, a commercial lighting manufacture and design company based in Watertown, MA, and founded by his father, Wallace. Bob was an innovator in the field of "indirect lighting," and Litecontrol's designs and installations can be found in some of the nation's most well-known libraries, airports, universities, laboratories, and retail establishments. Outside of Litecontrol, Bob taught Entrepreneurship at Boston University's School of Management. Bob was a great competitor. As a young man, he was a champion sailor and, later in life, became an excellent golfer. He loved sports, whether it was coaching his daughters' sports teams, attending his grandchildrens' sporting events, or rooting for his beloved Red Sox. Bob's kindness, hard work, humor, and inquisitive mind always were on display. He made friends wherever he went and treated everyone with respect. His big smile was infectious, his mind was curious, and he always saw the best in people. A Memorial celebration service will be held at the First Parish Church in Weston, MA, on Saturday, June 4th at 2 pm. Saunders-Dwyer Mattapoisett Home for Funerals www.saundersdwyer.com

Published by Boston Globe from Jan. 10 to Jan. 12, 2022.
To plant trees in memory, please visit the Sympathy Store.
MEMORIAL EVENTS
Jun
4
Memorial service
2:00p.m.
First Parish Church
Weston, MA
Funeral services provided by:
Saunders-Dwyer Funeral Home
MAKE A DONATION
MEMORIES & CONDOLENCES
3 Entries
I met Bob through golf and found a true friend and able advisor. He was extremely helpful on our golf committee and I will not forget him. My best to his family.
Charlie Tracy
Friend
January 17, 2022
RIP
Michelle Plakas-Kaiser
January 16, 2022
Mr. Danforth, I would just like to say thank you for your service and sacrifice for our Country when you served with the U.S. Army during the Cold War. Millions of Americans slept safe at night because you and your fellow Servicemen stood ready to defend our Country. And to your Family and loved ones, I wish to extend my deepest sympathy.
Mike Casey
January 12, 2022
Showing 1 - 3 of 3 results