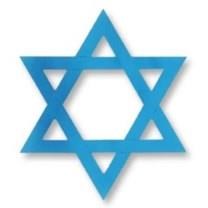 BORN
1928
DIED
2016
FUNERAL HOME
Stanetsky-Hymanson Memorial Chapel
10 Vinnin Street
Salem, MA
HIRSCHKRON, Robert – of Marblehead. Entered into rest August 12, 2016 at the age of 88 years. Beloved husband of the late Frances (Greenblatt) Hirschkron. Devoted father of Gary Hirschkron and his wife Dominique of Ojai, CA, and of Amy Hirschkron of Salem, MA. Cherished grandfather of Clay Hirschkron and his wife Jenna Kessell, and of Sky Hirschkron. Dear longtime partner of many years to Sylvia Berman. His memorial service will be held at Temple Emanu-El, 393 Atlantic Avenue, Marblehead on Sunday, August 28, 2016 at 3:00 PM. After the service, a reception will be held at the Hawthorne Hotel, 18 Washington Square, Salem.

An Interment was held privately. In lieu of flowers, please send expressions of sympathy in his memory to Operation Bootstrap, 20 Wheeler Street, #203, Lynn, MA 01902.

Robert Hirschkron - Bob to all who knew him - had a rich and full life. He was born in 1928 in Vienna, Austria, the only child of Mary and Richard Hirschkron. He experienced a typical Viennese childhood of the early 1930s, surrounded by a large extended family of grandparents, aunts, uncles and cousins. From 1938-1940, he lived under Nazi occupation. He was expelled from his school and his family lost their home and business. On Kristallnacht, November 10, 1938, his father went into hiding to avoid deportation to Dachau. He and his parents were forced to move to a collective apartment where they lived with six other Jewish families, all desperately searching for a way to escape. Bob took a streetcar by himself daily (wearing the yellow star on his coat) to a Jewish relief kitchen to get food to bring back for his family; the trip would have been too dangerous for his parents to make.

A program sponsored by the peace-loving Quaker AFSC (American Friends Service Committee) allowed the family to escape to New York City in early 1940. A rare bookseller named Jerome Brooks provided an affidavit of support - a life-saving act of generosity.

His family had $10 in their possession on arrival in the U.S. Both parents struggled to find work and to adjust. Bob quickly became fluent in English and took great care of his parents throughout their lives.

Based on his academic abilities, Bob skipped two years of school and graduated high school at age 16. He worked his way through NYU Engineering School and, graduated at 19. One favorite job was delivering boxes of postcards to tourist destinations like the Empire State Building. Bob always climbed the stairs to the 86th floor - an easy scene to visualize for those who knew him.

In 1947, Bob was hired by General Electric to work in Schenectady, NY for $52.50 a week - the beginning of a fulfilling and creative 46 year career with GE. At the time, GE was one of the few industrial companies that would hire Jewish engineers.

In 1951, he was drafted into the Army for two years. He served at White Sands, New Mexico working on engineering issues in early missile development - even meeting Wernher Von Braun, the father of the Nazi V-2 missile program! Bob learned Spanish and took leaves in California and in Mexico where he climbed the 18,000 foot volcano, Mount Popocatepetl.

After the Army, Bob returned to GE's Aircraft Engine Department in Lynn, Massachusetts in 1953. In January, he met and fell in love with another young GE employee, Frances Greenblatt. They were engaged within a month and married that June in Brookline. Frances was one of the scores of young women hired as ""calculators"" to manually perform engineering calculations now performed by computers in milliseconds. She was from an Eastern European Jewish family in Boston. They had a long and loving marriage that ended with Frances' premature death in 1995.

In 1954, Bob was awarded a Guggenheim Fellowship in Jet Propulsion to study at Princeton University's graduate school. Bob earned a Master's degree from Princeton, but then left the program short of his PhD upon the birth of his son, Gary, in July, 1957. His daughter Amy was born four years later, in June 1961.

Returning to Massachusetts, the family moved to Marblehead. In 1959, he purchased his home of the next 55 years on Leggs Hill Road.

At GE, Bob was involved in the design of the early generations of jet engines - specializing in combustion and thermodynamics. From 1971 onward, he worked in Preliminary Design with customers and government agencies - both in the US and internationally - on the initial conception of new engines. Bob's work was at the cutting edge of the development of quieter, cleaner and more fuel-efficient engines.

Bob loved travel and the outdoors. He was a practitioner of a healthy diet with plenty of exercise long before it became fashionable. In New England, he rekindled his enthusiasm for skiing and hiking from his Austrian childhood. He was also eager to reconnect with European culture, returning for the first time in 1960 and on dozens of occasions in the years that followed. Despite the trauma of his childhood, he was extremely fond of many things Austrian and Germanic: the language, the mountains, the music, the punctuality and, perhaps most of all, the desserts.

As retirement from GE approached, Bob transformed his love of the mountains into a small business: RH Trails. From 1989 until 2008, Bob led groups of 20-30 annually on three weeks of hiking through Austria, Switzerland, Italy and France. The trips became a treasured reunion for a close group of friends, with most hikers returning year after year.

For the last 25 years, He volunteered almost every day at Operation Bootstrap in Lynn, MA, tutoring math to immigrants studying for their GEDs. When he was on his deathbed last week, one of the nurses, an immigrant from Africa, recognized him as her math tutor from many years ago. Although she lacked confidence, Bob kept telling her, ""Claudia, you can do it."" She believed him and passed her GED.

He loved sailing, hiking, skiing, biking, and walking. In his 70's, he took ballroom dance classes, and got a friend to teach him baking. His heroes were scientists and intellectuals. He took classes in German literature at the Goethe Institute until his stroke a couple of years ago. He had no interest or enthusiasm for competition among nations or peoples.

Bob valued human connections above all else. He made friends everywhere he went, all over the world, and often maintained those relationships for life. We will all miss him.

We are so sorry to hear about the passing of your father. Robert was a pretty amazing, smart guy with so many interests. We fondly remember wonderful success stories that your dad shared as while volunteering at Operation Bootstraps, along with his passion for wonderful hiking adventures.

Our deepest sympathies go out to you and your family.

I will always remember my friend Bob, for his intellect, humor and love of life. My husband and I and Sylvia and Bob did a little socializing, dinners out and dinners in; and I will remember those times with fond memories. Driving Bob to his tutoring classes in Lynn in the AM and hearing about all his adventures was always a good way to start my drive into Boston.

I am sorry for your loss, but I know he's out there in spirit.

Diane Silverman Black
August 19, 2016
I am so sorry to hear of your father's death. He was one of my dad's dearest friends. They were both longtime brainy GE guys. My dad died at 87 Oct 2, 2013. Bob will certainly be missed by everyone who knew him. My condolences to you all.
Elizabeth Levins
August 19, 2016
To all those who were a part of Bob's life...

I got to know him through my Dad, Heinz. We had a very interesting time hiking in Europe, where I learned so much from him. He was an inspiration to me during a time of upheaval in my own private life. He had an energy level, paired together with a strong will, that I really admired. His daily reflection's had me taking a closer look at my own life. Thank you for being my guide in so many ways.

You will be remembered...
Doris Altherr
August 19, 2016
Dear Gary and family.
May your Father's life be honored by he loved.
May his memories be cherish for all he gave.
My your hearts be conformed by all your shared