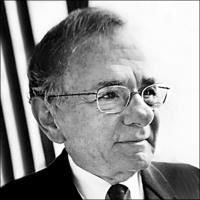 BORN
1928
DIED
2017
SCHWARTZ, Dr. Robert S. Dr. Robert S. Schwartz, a renowned hematologist who pioneered in the development of organ transplantation and the treatment of autoimmune diseases by suppressing the immune system, died on August 23, 2017, after a wonderful, long and fulfilling life. A little more than a half-century ago, attempts to transplant organs from one body to another almost always failed and were usually fatal due to rejection. Schwartz, a young hematologist, working beside William Dameshek at Tufts School of Medicine, found a way around this impasse. In a series of tightly argued papers they showed that the problem of organ rejection could be solved through chemical damping down of the immune system at the time of transplantation. Schwartz identified the best drug for surgeons to use—a substance called 6 Mercaptopurine. Moreover, he showed that this same drug 6-mercaptopurine and its analogue azathioprine was also effective in the treatment of autoimmune diseases. This discovery of chemical immunosuppression, opened the field of organ and bone marrow transplantation—which has been called one of the miracles of modern medicine. Dr. Gertrude Elion and a Nobel Prize co-winner with Dr. George Hitchings in the Nobel lecture noted that a "new horizon appeared" with the first findings from Tufts. In 1990 Nobel laureate Dr. Joseph Murray, a surgeon internationally known for having performed the first successful human organ transplant at the Peter Bent Hospital in Boston, remarked that the "real breakthrough came with the introduction of immunosupression drugs by Schwartz and Dameshek in 1959. Schwartz, longtime professor of medicine at Tufts was born in East Orange New Jersey in 1928. He was a graduate of Seton Hall College in New Jersey. He received his MD degree from New York University in 1954, and was a medical resident in New York and New Haven. Schwartz came to Boston to work at Tufts in 1957. In addition to publishing more than 350 scientific papers, Schwartz has distinguished himself as both teacher and mentor. He had been a professor at Tufts Medical School since 1961, repeatedly earning recognition from medical students for the excellence of his teaching, winning 13 annual outstanding teach awards. Schwartz was chief of the Division of Hematology at Tufts Medical Center for nearly three decades. In 1994, Dr. Schwartz left Tufts to take a position as Deputy Editor of the New England Journal of Medicine. He was responsible for papers dealing with hematology and oncology, a series on the mechanisms of disease, and the book review section. Dr. Schwartz retired from the Journal at the end of 2009. Dr. Schwartz received four Honorary Doctor of Science degrees, gave numerous honorary lectures and received many prizes for his work, including the Stratton Prize from the American Society of Hematology, the Medawar Prize from the Transplantation Society and the Thomas Starzl Prize from the University of Pittsburgh. Since retiring, Dr. Schwartz devoted much of his time to photography, his lifetime passion and considered himself a fulltime amateur photographer. As a Hematologist, a field in which images have considerable importance, he once wrote, "seen through a microscope bloods cells display unusually stricking forms, colors, and ways of clustering." For him, the two have a natural connection. Dr. Schwartz leaves his loving and devoted wife Ruth Mann Horowitz, and a large loving family including Gail Mann and Harvey Hurvitz, Susan and Jeff Davidson, Alan and Jill Mann, Louis Schwartz, Adam Schwartz, Esta Kilstein, Liam Schwartz, and grandchildren- Sydney and Michael Siagel, Michael Kirsten, Rachel Davidson, Zachary Davidson, Allison Mann, Lindsay Mann, Sivan Kilstein, Yarden Kilstein, Rotem Kilstein, and Annie Rose Schwartz. Services will be private. Shiva will be Friday 3-6 and 7-9 pm at Ruth Horowitz's residence, 210 Nahanton St., Newton.

Published by Boston Globe from Aug. 23 to Aug. 24, 2017.
To plant trees in memory, please visit the Sympathy Store.
MEMORIAL EVENTS
Aug
25
Shiva
3:00p.m. - 6:00p.m.
Ruth Horowitz's Residence
210 Nahanton St., Newton, MA
Aug
25
Shiva
7:00p.m. - 9:00p.m.
Ruth Horowitz's Residence
210 Nahanton St., Newton, MA
MAKE A DONATION
MEMORIES & CONDOLENCES
3 Entries
I know this is VERY late but Dr. Schwartz diagnosed me with Lupus when I was only 16!! I am 58 years old now but will never forget him. My parents were so dependent on him and his bedside manner! I obviously still suffer from this disease but not for him, I could still be seeking an answer. Back then, Lupus wasn't well known.
Bless him and your family! BTW! Was Lori (Lauri, Laura) Schwartz from Newton part of your family??? I am think she was a classmate of mine at Newton North High School Class of 1977!!
Blessed,
Meg McConnell
617 548 9334
Meg McConnell
February 26, 2018
Trained with Bob 90-92 great man mentor and leader
Keith Stewart
September 11, 2017
May God bless you and your family in this time of sorrow.
August 26, 2017
Showing 1 - 3 of 3 results