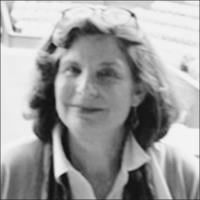 BORN
1952
DIED
2021
FUNERAL HOME
Concord Funeral Home
Director - Glenn D. Burlamachi, CFSP
Concord, MA
ISAACS, Robin Frentz Died on Monday, September 6th surrounded by her family. First diagnosed with cancer in 1995, she fought bravely against the disease after reoccurrence in 2012. Her courage and grace while going through the ordeal was a lesson for all of us. Robin was born to parents Barbara "Bobbie" and William Frentz, on November 21, 1952 in Louisville, Kentucky where she grew up with her two sisters, Alice Frentz and Mary Frentz Bellino, her brother, William Frentz, and many cousins. She attended the Kentucky Home School for Girls (now Kentucky Country Day School) and learned how to play tennis on the courts in Seneca Park. After graduating, she went on to attend Ithaca College, transferring to the University of Colorado at Boulder where she was on the varsity tennis team. In the very early 70s while in Boulder, Colorado she met Chogyam Trungpa, a preeminent teacher of Tibetan Buddhism. He was working with her cousins, John and Steve Baker, who set up what became the Naropa Institute in Boulder as well as the Shambala movement. She carried her devotion to Buddhism throughout her life. After graduating from college, she taught tennis. In 1983 she married Ken Isaacs and moved to Massachusetts where they lived on their farms in Walpole and South Dartmouth raising Hereford beef cattle. Two daughters followed, Katie Isaacs and Jenny Isaacs. She was an avid tennis player, had a small garden on the farm and was surrounded by her beloved animals, her horse, Five Alarm and the many labs and labradoodles. In 1995, she graduated from Harvard Divinity School with a Master of Theological Studies (MTS) degree where she was involved in the Pluralism Project. She participated in other nonprofits as she ran the Massachusetts Chapter of the Frontier Nursing Society which helped bring midwifery to Appalachia. After the family moved to Lincoln in 2000 she worked with the Friends of the Sudanese, a nonprofit helping the lost boys of Sudan who settled in the Lincoln area. She also was active with the DCRP (Depression Clinical & Research Program), an advisory committee of the Department of Psychiatry at Mass General Hospital. In 1995, she was first diagnosed with breast cancer and several years later determined that she carried the BRCA gene. She worked with a group at Beth Israel Hospital in Boston and other nonprofits to spread awareness of this gene among the population. Robin was a very spiritual person, always studying and practicing the Dharma. She was a natural athlete and played tennis with the classic style. She provided love and support to her family and those around her and approached her illness with grace, courage and determination. She will be truly missed by her children, Kate and Jenny Isaacs and her husband, Ken Isaacs as well as her sisters, nieces and nephews, many cousins and dear friends. In lieu of flowers, memorial contributions may be sent in Robin's name to the Virginia Thurston Healing Garden by going to the following site https://healinggardensupport.org/donate/ For online condolences, please visit https://concordfuneral.com/obituaries/

Published by Boston Globe from Sep. 8 to Sep. 12, 2021.
To plant trees in memory, please visit our Sympathy Store.
MEMORIAL EVENTS
To offer your sympathy during this difficult time, you can now have memorial trees planted in a National Forest in memory of your loved one.
Funeral services provided by:
Concord Funeral Home
MAKE A DONATION
MEMORIES & CONDOLENCES
8 Entries
Many condolences to your family during this very painful time.
Ivy Mann
Acquaintance
September 12, 2021
My heart and prayers go out to your family. Robin was a classmate at a Kentucky Home School. From the beautiful picture Robin truly did not age and had the same great smile I remember. Robin was always sweet and kind to everyone. I know your hearts are breaking and I am so very sorry for your loss. Your family will be in my prayers
Beth Hancock Wetzel
Classmate
September 12, 2021
We are so so sorry that we have lost our dear Robin. Our condolences to you all. With love, Steve and Johanna
Steve Baker
Family
September 11, 2021
My heart goes out to the Isaacs family at this most difficult time. Robin was an amazing woman. I recall fondly some of our times together at your beautiful farm, our time with the horses and working together on the Frontier Nursing Derby Days fundraiser. She will be sadly missed but never forgotten by those whose lives she has touched. May she rest in eternal peace.
Rhonda LaVerghetta
Friend
September 11, 2021
Such a pretty picture of Robin. Robin & I had lots of fun while at Kentucky Home School. We played together on the field hockey team. I know that you will miss her. My heart goes out to you.
Sally Click Gorman
Friend
September 10, 2021
So sorry to hear about Robin; as a cousin in the Frentz family, it has been many years since seeing the family. Her picture reminds me of Bobbie, though. Fondly, Peggy Frentz Gorbandt
Peggy Gorbandt Gorbandt
Family
September 10, 2021
My mother spent 5 years housesitting Katie and Jenny and always spoke highly of Robin and Ken. The Fay family would like to offer our condolences during this difficult time. May God be with you.
John Fay
September 9, 2021
Our hearts go out to Ken, Katie, Jenny, and to all who were a part of her life. May you carry on with the grit and determination that she embodied. Love, Quincy, Meg, and Cyrus
John Adams
Family
September 8, 2021
Showing 1 - 8 of 8 results