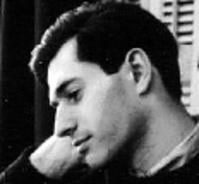 FUNERAL HOME
Acton Funeral Home
470 Massachusetts Ave
Acton, MA
Korbet, Stephen A. Acton, MA: On June 14th, 78, of Maynard, formerly of Concord, Boston and New York City, after a long illness. He is survived by his daughter, Rebecca Korbet, of London. A graphic designer by trade, his passion was playing and composing classical music, interests derived from his father, Urwin, a machinist and tool designer and his mother Evelyn (née Bernstein), a jazz pianist. Mr. Korbet received degrees in fine arts from Cooper Union and from Yale. He played bassoon, flute, sax, trombone, oboe, and harpsichord and even performed with local Boston area orchestras, as well as composing pieces for string and wind ensembles. An accomplished designer, he built magnificent harpsichords with remarkable historical accuracy; served as an advisor and consultant on ancient musical instruments to the Museum of Fine Arts, Boston and the Musical Instrument Department at the Metropolitan Museum of New York. A brilliant photographer, he was credited with having taken notable portraits of the artist Eva Hesse. A natural craftsman, his exquisite personal touch was obvious in everything he created, from simple carpentry objects to complicated fine instruments, calligraphy and drawings. Mr. Korbet was a spiritual man, adopting his late wife Marian's Episcopal faith later in life. Highly intelligent, Stephen was a perfectionist, obsessed with aesthetics and quality, and was working diligently on his memoirs in his final years. He loved great classic films and haute cuisine, as well as a fine wine or single malt scotch on occasion. Stephen made a great impact on all who met him, and his charisma, dry wit and unique character will be greatly missed. A Memorial Service and reception to follow will be held at the Church of the Good Shepherd, 164 Newtown Road, Acton, MA, Thursday June 19th at 10:00 AM. In lieu of flowers, memorial gifts may be made to the Bethany House of Prayer, 181 Appleton St., Arlington, MA 02476; www.bethanyhousearlington.org/donations/ Memorial page www.actonfuneralhome.com

Published by Boston Globe from Jun. 16 to Jun. 17, 2014.
To plant trees in memory, please visit the Sympathy Store.
MEMORIAL EVENTS
Jun
19
Visitation
Church of the Good Shepherd
164 Newtown Road, Acton, MA
Jun
19
Memorial service
10:00a.m.
Church of the Good Shepherd
164 Newtown Road, Acton, MA
Funeral services provided by:
Acton Funeral Home
MAKE A DONATION
MEMORIES & CONDOLENCES
3 Entries
Steve and I built harpsichords at a shop in Cambridge run by Eric Herz in the mid 60's.
Steve was an inspired craftsman and a technical artist of the highest calibre.
I am sorry to hear of his death.
He was very proud of his daughter and her accomplishments.
Gene Treanor
January 24, 2015
I just learned of Steve's passing. I had the absolute honor and joy of making music with Steve for many years. I am so sad for your family's loss. He was truly an amazing man.
Barbara Kipp
July 12, 2014
Mr. Korbet was a long-standing Concord Free Public Library patron and he designed one of our first brochures. The Circulation Staff will miss seeing and talking with him and we send our condolences to the Korbet family.
June 18, 2014
Showing 1 - 3 of 3 results