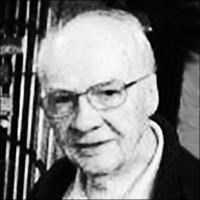 BORN
1929
DIED
2019
FUNERAL HOME
Cremation Society of New Hampshire - Manchester
243 Hanover Street
Manchester, NH
DOEHNER, Werner Gustav Age 90, of Laconia, passed away Friday, November 8th at his residence. Werner was born on March 14, 1929 in Darmstadt, Germany, son of Hermann and Matilde Doehner. He spent his childhood in Mexico City, Mexico where his father was general manager of Beick, Felix, and Co. (Pharmaceutical). He later married Elin Doehner on July 21, 1967 in Essen, Germany, who moved with him to Mexico City. In 1984 they, along with their son, Bernard Doehner, moved to the United States to work for General Electric as an electrical engineer. Werner was a hardworking and caring family man who worked as an electrical engineer in Mexico, Ecuador, and the United States, and retired from New England Electric System (Westborough, MA) in 1999. He moved to Parachute, CO for retirement in 2001, and was a member of Emanuel Lutheran Church in Rifle, CO until Elin and he moved to Laconia, NH in May of 2018, where they became members of Good Shepherd Lutheran Church. He was the last living survivor of the Zeppelin Hindenburg disaster on May 6, 1937. He is survived by his wife, Elin, after 52 years marriage, and son, Bernie. A Memorial Service in his honor will take place at 12 o'clock Friday, November 15th at Good Shepherd Lutheran Church with Rev. Jennifer Hitt officiating. Donations in lieu of flowers may be made to Good Shepherd Lutheran church or the Salvation Army. To view his online tribute, send a message of condolence or for more information, please visit www.csnh.com

Published by Boston Globe from Nov. 12 to Nov. 13, 2019.
To plant trees in memory, please visit the Sympathy Store.
MEMORIAL EVENTS
Nov
15
Memorial service
12:00p.m.
Good Shepherd Lutheran Church
NH
Funeral services provided by:
Cremation Society of New Hampshire - Manchester
MAKE A DONATION
MEMORIES & CONDOLENCES
28 Entries
damn big RIP
Aden Vostrez
Significant Other
October 27, 2021
Recientemente me enteré de su deceso, mi más sentido pésame a la familia. Tuve el honor y privilegio de trabajar con él y sin duda forjó gran parte de mi perfil profesional y humano. La humanidad ha perdido un gran hombre
Salvador de la Mora
Coworker
November 2, 2020
My condolences to the Doehner family. May God continue to provide comfort, endurance, peace, and strength to your family, today, tomorrow and always.
December 13, 2019
My condolences for the loss of your husband father. May the God of comfort continue to be with the both of you as you continue to heal.
December 11, 2019
Valenda Newell
December 8, 2019
God is a God of all Comfort and he will Comfort the family's...My condolences..
December 2, 2019
We are saddened for the loss of your dearly beloved one. May the God of tender mercies and all comfort be with you all.

JM, Jackson MS.
November 27, 2019
I am sorry about the passing of your loved one. May God strengthen your family during this time of loss.
November 25, 2019
God is a God of all Comfort and he will Comfort the family's..
November 25, 2019
My condolences on your loss.
November 24, 2019
My heartfelt sympathy goes out to your family. Please accept my condolences and prayers on the passing of your loved one.
November 22, 2019
Doehner Family,
Our sincere condolences to you on the loss of your loved. May the God of all comfort provide you all the strength to cope with your loss.
November 22, 2019
My condolences to the family of Werner Doehner the last survivor wow what a experience.
November 22, 2019
Leslie Davidson
November 22, 2019
Extending heartfelt condolences to the Doehner family. What an amazing page of history Werner lived through. . May the family be comforted with prayers from all , and from the promises of our loving God for the future.
L. M.
November 20, 2019
My deep condolences Doehner family. As you endure the loss of Werner 'may the peace of God ..guard your hearts'.Phil. 4:7.
Judith
November 20, 2019
It was motherly instinct to try and save her children. It is too bad she couldn't save his sister also. Rest in Peace Doehner, you are reunited with your family in Heaven.
Katherine Hoffmun
November 19, 2019
Please accept my deepest condolences to the Doehner Family, May the God of peace and comfort shower you family with endless loving support and bless your hearts to be strong as you cope with your loss.
BRY
November 19, 2019
Rest in Peace
Scott Chamberland
November 19, 2019
My deepest condolences to the Doehner family, may God grant you comfort and as you go through this difficult time of your loss.
November 19, 2019
What an incredible experience to have survived this monstrous, tragic event...May God bless the memory of Mr. Werner Doehner.
Les Breese
November 19, 2019
My sincere condolences to the Family. May God strengthen and console you during this time of sorrow.
November 19, 2019
I remember watching that on TV !! I'm like OMG ! RIP and God
Bless .
Sue W .
Gr . Mich .
November 18, 2019
My thoughts and prayers go out to be widow and son. May his soul repose with the Almighty!
William Hildebrand
Friend
November 16, 2019
It was an honor to work with Werner in Substation Engineering at New England Electric. Werner was a true gentleman with a strength of character to be admired, and a broad knowledge of science and electrical engineering.
Robert Elliott
Coworker
November 16, 2019
Estimados Sra. Döhner y Bernd:
Con tristeza recibimos la noticia del fallecimiento de su apreciable esposo y padre.
Les enviamos nuestras mas sinceras condolencia y los acompanamos en su dolor.
Conservamos muchos agradables recuerdos del Sr. Döhner desde nuestros tiempos en Mexico. Fina persona y buen amigo, lo recordamos con carino. Oramos por su eterno descanso y por Uds., para que Dios les de fuerza y conformidad en estos dificiles momentos.
Saludos afectuosos y recuerden que tienen amigos en Herkimer, N.Y.

Guenter, Bertha Boehm y Fam.
Guenter Boehm
Family Friend
November 14, 2019
I am so sorry to hear about the families loss may the God and father who binds up the broken-hearted, comfort strengthens and soothed all those who mourn.may God sustain the families and friends during this difficult time of their loss.my deepest sympathy and condolences to the families during this difficult time of grief and pain.
- GP/
LM
November 13, 2019
It was a great privilege to know Werner. I worked with him for ten years at NEES. Sat right next to him. Great gentleman, excellent engineer, gentle soul. Big lover of opera. I am going to miss him. Sergey.
Sergey Goldgaber
Coworker
November 12, 2019
Showing 1 - 28 of 28 results