William Windom
LOS ANGELES (AP) - William Windom, who won an Emmy Award for his turn in the 1969 TV comedy series "My World And Welcome To It" and went on to score guest appearances on several popular shows, has died.

Windom died Thursday of congestive heart failure at his home in Woodacre, north of San Francisco, his wife Patricia told the Los Angeles Times. He was 88.

Windom won acclaim in the short-lived NBC series for his role as John Monroe, a writer-cartoonist for a New York magazine who relied on his fantasy life to escape a middle-class Connecticut life.

The series was based on the work of the humorist James Thurber and Windom went on to develop a one-man touring act inspired by the same whimsical Americana.

Born in New York City on Sept. 28, 1923, Windom was named after his great-grandfather, a Minnesota congressman and former U.S. Treasury secretary. He attended Williams College in Massachusetts before joining the Army as a paratrooper in W orld War II. He later attended the University of Kentucky, among several other higher-education institutions, and decided to pursue acting.

The easy-going Windom was an in-demand television character actor for decades and scored guest appearances on several American TV staples, including episodes of "Twilight Zone" and "Star Trek" and appeared on more than 50 segments of "Murder, She Wrote" beginning in the mid-1980s. There, Windom played a Maine country doctor opposite series star Angela Lansbury's Jessica Fletcher.

He also played the part of the prosecuting attorney who parries in court with Gregory Peck's Atticus Finch in the 1962 movie "To Kill a Mockingbird."

Married five times, Windom is survived by his wife of 37 years and four children, Rachel, Heather, Hope and Rebel.


Copyright © 2012 The Associated Press. All rights reserved. This material may not be published, broadcast, rewritten, or redistributed.
Published by Boston Globe on Aug. 20, 2012.
MEMORIAL EVENTS
MAKE A DONATION
MEMORIES & CONDOLENCES
169 Entries
I'm watching him right now as Eddie Frasier in an episode of 'All in the Family'. Wonderful, funny actor. I remember watching him in "My World and Welcome To It" when I was 8 years old. I loved him in that. May you Rest in Peace, Mr. Windom.
Deirdre Cavanaugh
March 8, 2017
Mr. Windom. Wish they had made an MSW reunion with you. Watch you a lot on Hallmark Channel everynite!!
mary bryant
April 7, 2016
William wins on was also o tv series swat
sandra omary
October 23, 2014 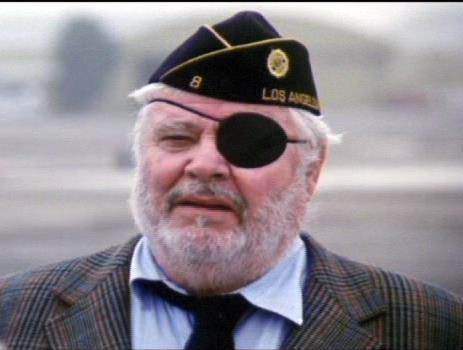 Wonderful actor and special person. I will forever being thankful.
Don Borza
September 29, 2014
I had breakfast with Mr. Windom in the summer of 1980. He was starring in a show on the campus of ISU Terre Haute, Indiana. The show was Ernie Pyle. He was very friendly and talked about missing his family when he was on the road. My respects to his family.
Nancy Woods
September 17, 2014
Such a great actor. Grew up watching Murder She Wrote and continue to do so now. Doc, you were the best and will be missed. chris. Wyomissing, PA
August 13, 2014
Wiiliam, Seth, loved you on all the shows you did throughout the years. Am very saddened of your passing. One day we will all get to see you again.
Mary Bryant
October 19, 2012
My brother and I met Mr. Windom and his wife in person in Hollywood in Sept. of 1980. He has always been a fine actor!
Scott Nellis
September 25, 2012
Knowing Bill a lot of my life; he will be missed greatly. At 4 years old and Travel Town - I was too shy to put on the conductor hat - he did and made the party.

Bill, you will live forever in our hearts.

Prayers of peace and love to his family, Heather and Hope and Rebel.

My heartfelt sympathy is being sent to you and all his friends. I pray that this time is not to difficult for you. Thank you for This is my World and Welcome to It. It helped me with my days of childhood. Rest in Peace Mr. Windom.
Reena Buchanan
August 22, 2012
My condolences to the family and friends during this most difficult time. I also remember Mr. Windom as an actor. Please know that God's promise is that he remembers all who sleep in death. May you find comfort in reflecting on your wonderful memories.
Glenda Ford
August 22, 2012
God Bless all of you, he gave me a pleasure as I watched Murder She Wrote over, and over. He made me believe he was a country doctor. May he rest in peace well earned
August 22, 2012
I always enjoyed his work and I'm sorry to see him go. "The Doomsday Machine" has always been my favorite episode of Star Trek, and William's efforts in that were unforgettable. My sympathy to his family.
Ray Major
August 22, 2012
May the love of friends and family carry you through your grief.
August 22, 2012
My sincere sympathy to the family of this fine actor. The obituary forgot to mention his work on the sitcom "The Farmer's Daughter" circa 1964, with Inger Stevens. May he rest in peace.
Anonymous
August 22, 2012
William Windom was an actor whose skill and passion always inspired me. I am very sorry that we have lost him. My sympathy to his family. Rest in peace. --Brian (Janesville, WI)
August 22, 2012
to the Windom Family: My Deepest Heartfelf Symparthy to all of you for your loss. What a great actor, for the days of long ago, and for the memories to all of you to keep in your hears and to treasure.... May your days be of solace to all of you also.... just thanks for his talent and what a class act Mr. William was..... and thank you
so very much Mr. Windom for the MEMORIES!!!!!! Rest in Peace...
THOU GOESTH!!!!!!
C ANN ROZMARYN
August 22, 2012
Never did a bad episode in anything. Great actor, and thanks for your World War II service. Loved him in the first color episode of "12 O'Clock High" called "Gauntlet Of Fire" as Lt. Col. Christy. What original Star Trek junkie can forget him as Commodore Decker in "The Doomsday Machine". As Spock said "He's gone", after he piloted the shuttle craft into the planet killer. Was great in "The Ivy Maze" in the Fugitive series, as well as his 2 appearances in Hawaii Five-0. Condolences to his family and many fans of all of his great TV appearances.
MUB0
August 21, 2012
God Bless You, mr. William, and your family in this day of sorrow.
Patrice
August 21, 2012
I always liked Mr. Windom, especially his portrayal of Dr. Seth Hazlett on Murder She Wrote.I remember when I was 2 when the farmers daughter was on TV. I loved that show. and My World And Welcome To It. RIP.Thank you for all the memories. Tell Lucy, Inge,Phyllis, and Bob Hope Hi. I can imagine the party going on. Bless his children during this terrible time.
Pamela Vanover
August 21, 2012
My sincere condolences to the family and fans of mr. Windom, I remember him well heartfelt prayers to the family and may you find comfort in the promise hope for everlasting life in paradise. Pslm 37: 9,10,11
Tina S
August 21, 2012
the prophet-joaquim sends condolences
joaquim-jeuaquim barbosa
August 21, 2012
My sincere sympathy to the family for your loss. May God comfort you during this time. Psalm 121 is a great promise of comfort and help. I so enjoyed your Husband/Father in Star Trek, Columbo and Murder She Wrote. God bless you all!

Kim, Peoria, IL
Kim Sink
August 21, 2012
We will always remember William's visit to Oklahoma - We will miss you and will keep your family in our prayers.
Michael & Dianne
August 21, 2012
Another great actor has left us. Condolences to his family.
Pamela
August 21, 2012
William Windom was a truly talented actor who could adapt to any role in any genre. My deepest sympathies go out to his wife, children and many friends.
Mike
August 21, 2012
Mary Green
August 21, 2012
So sad. My heart goes out to you all. He was a favorite, starting with "The Farmers Daughter". There was something very gentle in his spirit that came across in all his work. Thank you for sharing him with us.
Soni Gaub
August 21, 2012 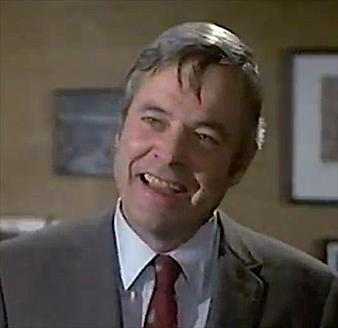 William, You were one of my favorites! I remember you in so many things, but my favorite was Night Gallery's "They're tearing down Tim Reilly's bar", also "Little girl lost". My husband and I were very saddened to hear of your passing. I am glad that you lived a long life. Thank you for all the memories. You will NOT be forgotten!
Regina Erdman
August 21, 2012
Mr. Windom. Great actor and he will be missed. God bless him and his family
william landsman jr.
August 21, 2012
I always liked him. He will be missed.
Debbie Fisher
August 21, 2012
TO THE FAMILY
SENDING CONDOLENCES IN
THE LOSS OF YOUR LOVED ONE
: SETH OF CABOT COVE :
JAMES SUBLETT
August 21, 2012
I am deeply saddened to learn of your passing. You have been one of my favorite actors and you will be missed. Rest In Peace, William Windom.
Gail Siegel
August 21, 2012
I always liked Mr. Windom, especially Dr. Seth Hazlett on Murder, She Wrote. I can also remember his show My World and Welcome To It when I was a kid. God Bless You, Sir, and my prayers to your family.
Julie Wilcox
August 21, 2012
LINDA TRACY
August 21, 2012
he will be missed he was a good actor but now he with god
ronnie browning
August 21, 2012
Condolences to the family & friends of William Windom. I enjoyed his show "My World & Welcome To It" and his recurring role on "Murder She Wrote." I also thought he was excellent in "To Kill a Mockingbird" and, especially, "The Detective." He was the kind of actor who was, perhaps, not a household name, but one who always gave an outstanding performance. A handsome guy, who it was always a pleasure to see perform on the big screen or small. He was truly a credit to his profession and will be missed.
Nancy Woodwell-Freedman
August 21, 2012
God has another angle today. Mr. Windom will be missed. He will always be Seth from "Murder She Wrote' to me. My condolence to his family.
Wanda Sanders
August 21, 2012
My thoughts and prayers go out to your entire family on the passing of such a wonderful family man and actor. We could never wait to catch an episode of "Murder She Wrote" on Sunday nights. We the fans were lucky to have had him as a great actor, but you were luckier to have had him in your lives. God Bless your entire family
Sindee Funk
August 21, 2012
So sad to hear of Mr. Windom's passing. He was a great actor. I wish there were more like him. Prayer's for those he left behind.
E. H.
August 21, 2012
A very good actor! R.I.P. William.
Daniel Bastian
August 21, 2012
Thank you & others for our freedom & being a wonderful part of our lives. I will miss Seth & Cabot Cove will never be the same. Thoughts/prayers for you & your family.
TJ Grindstaff
August 21, 2012
Mr. Windom, you will be missed! Always one of my favorite actors...I can remember My World and Welcome to It as a kid. Peace to you and your family.
Patricia Cassens
August 21, 2012
I have always loved your performances. None more so than your one-man show as Thurber. I'll always remember the sigh all the women gave when you came out in your tux. RIP dear actor.
louise wisinski
August 21, 2012
Showing 1 - 100 of 169 results