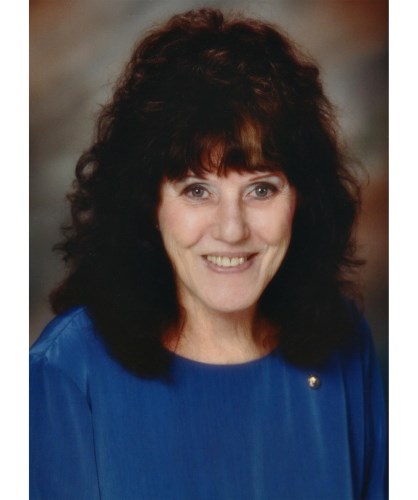 BORN
1938
DIED
2021
ABOUT
Las Vegas High School
Dee Miller loved the desert. From the rugged lavender outlines of the Eldorado mountains to the soft warbles of a family of quail in her front yard and the distant calls of coyotes just before dawn, Searchlight was the place she called home. Deanna passed away peacefully on February 4, 2021, in the comfort of her mobile home at the age of 82. The cause was hypertensive atherosclerotic cardiovascular disease and complications of dementia.

Dee was proud of her Nevada heritage. When she was born in Las Vegas in 1938, the population of the city was under 8,000 residents. As a child, Deanna spent many happy hours in Searchlight visiting her cousins and grandparents, John and Harriet Reid. She graduated from Las Vegas High School in 1956, married, and had four children, all born at St. Rose de Lima Hospital in Henderson. In 1964 she and her husband moved the family to Omaha, Nebraska, to pursue better job opportunities. Two years later, their six-year old son, Mason, was struck and killed in a school crosswalk. The community rallied, and a concrete overpass that still stands today was built over the busy street.

Deanna missed the mountains, the smell of sagebrush after a thunderstorm, and her mother. After nearly ten years in the Midwest, they moved back to Southern Nevada and settled in Boulder City. A few years later, the couple divorced. As a single mother of two daughters in high school and one in college, Dee worked behind the snack counter at the Visitor's Bureau in Boulder City while she took adult ed classes to improve her office skills. She bought a condo in Las Vegas and began working as a legal secretary in Clark County Eighth Judicial District Court.

In 1990, she married Ed Miller, a native of Chicago and the owner of a successful heating and air-conditioning business in Las Vegas. Following her keen sense of real estate, Deanna purchased a HUD house and began making improvements that she later used toward her retirement. Her young grandchildren were delighted when she converted her large backyard into a habitat for rescued endangered desert tortoises, which made a visit to Grammy Dee's house both entertaining and educational.

After retiring from district court, Dee and Ed served as volunteer firefighters and on-call First Responders in Manhattan, Nevada, where they lived half of the year. Dee remained active in the Searchlight community as a member of the Searchlight Museum Guild, serving as its president for a number of years after returning to Searchlight to live full-time.

Deanna Rae Ballinger was born on December 15, 1938, in Las Vegas to Harold and Betty (Reid) Ballinger. In addition to her husband, Ed, Deanna is survived by her sister, Linda Ballinger Richards (Jud); daughters, Troi Jones Nelson (Steve) and Heidi Jones Harris (Vic); eight grandchildren; and four great-grandchildren. She was preceded in death by her daughter, Brooke; her young son, Mason; and her brothers, Mark Ballinger and Calvin Blackmore.

A gathering of family and friends will be held next spring in Searchlight.

No services scheduled.
Published by Boulder City Review on Mar. 18, 2021.
To plant trees in memory, please visit the Sympathy Store.
MEMORIAL EVENTS
To offer your sympathy during this difficult time, you can now have memorial trees planted in a National Forest in memory of your loved one.
MAKE A DONATION
MEMORIES & CONDOLENCES
0 Entries
Be the first to post a memory or condolences.