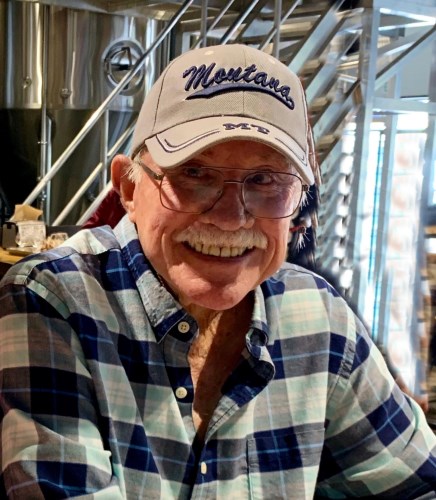 BORN
1940
DIED
2021
Our hearts are heavy yet filled with joy for the years shared with our beloved Husband, Father, Grandfather and Great-grandfather, Albert Carleton. Albert's big heart finally failed him on Wednesday, November 3, 2021.

Albert was born in Carlsbad, New Mexico on February 11, 1940. His formative years in New Mexico sparked his love of agriculture. Albert graduated from Carlsbad High School in 1958 and initially attended University of Texas El Paso on a football scholarship. He transferred to New Mexico State University where he obtained a Bachelor of Science in Agronomy in 1962. Albert completed his advanced degree education in 1965 at Oregon State University completing a joint Master's and PhD Crop Science program in only 3 years.

Albert joined the Montana State University faculty in 1966 as an Associate Professor in the Plant and Soil Science Department with an emphasis in forage breeding. He greatly enjoyed teaching and took pride in his graduate students, watching their careers flourish.

During his long career in academia and business, Albert was a pioneer in the development of intellectual property related to grain and forage plant varieties. From 1965 through 2017, he developed and patented over 30 varieties of small grains and forages. He was particularly proud of Kronos durum, Mucho barley, and Remont sainfoin. He served as Executive Director of the Arizona Grain Research and Promotion Council. He will be remembered not just for his contributions to the industry, but also for being a teacher and mentor as well.

When not in his beloved fields working on his plant breeding, he loved being with his family or traveling with his beloved wife, Betty. The family is planning a Celebration of Life in Conrad, Montana, in the Summer of 2022. Condolences may be sent to: PO Box 825 Arizona City, AZ 85123.
Published by Bozeman Daily Chronicle on Nov. 18, 2021.
To plant trees in memory, please visit the Sympathy Store.
MEMORIAL EVENTS
To offer your sympathy during this difficult time, you can now have memorial trees planted in a National Forest in memory of your loved one.
MAKE A DONATION
MEMORIES & CONDOLENCES
1 Entry
Our thoughts and prayers are with you at this time of heartache and loss. Albert was one of a kind, he was the best. He was loved and will be missed by our family.
Dave and Diane Zeiler
Family
November 11, 2021
Showing 1 - 1 of 1 results