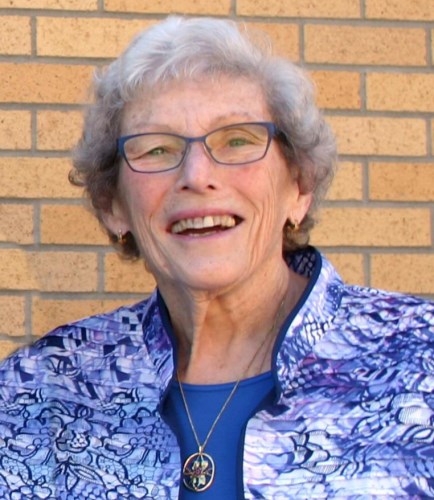 BORN
1936
DIED
2021
FUNERAL HOME
Dokken-Nelson Funeral Service
113 South Willson Avenue
Bozeman, MT
Carol White of Belgrade, MT, 85 years young, passed away on the beautiful morning of November 19, 2021, after a recent stroke. She was in the care and company of her husband Bob, son, Matt and daughter, Randi in her last days. Carol Francine Johnson was born in 1936 in the small town of Tampico, Illinois to Leonard and Iris (Keppler) Johnson. After graduation from Tampico High School in 1954, she attended nurse's training at Copley Hospital in Aurora, IL then graduated from Montana State with a bachelor's degree in Nursing in 1959. Her career spanned from the MSU student health center to St. Peters Hospital in Helena and finally Swedish American in Rockford, IL. Carol married Norman Rognlie in 1958 and though their paths separated, they remained close friends. Carol married Robert White in 1981. They spent 40 years together, caring for each other.

Carol embraced life with genuine passion! She reveled in the lives of her children, grandchildren, extended family and friends. If you were a friend of Carol's, you were a superstar in her eyes. Her friendships lasted for life. Carol loved travel and adventure. An avid fisherwoman, you could often find her with Bob on the shores of Georgetown Lake with a pole in her hand and sometimes a fish. Time with family was precious to her including her Peace Lutheran Church family. She loved to quilt with the church ladies, garden, bake, read and cheer for the Bobcats, Packers and Cubs. Carol's Montana roots meant a lot to her. Her great-grandfather was the first jeweler in the territorial capitol of Bannack and her grandfather was an Anaconda Co. smelterman. Her Anaconda-born mother and aunts, Iris, Lilac, Lily, and Violet, taught her grit and determination.

Carol gave heartily to her community wherever she lived. In her retirement she volunteered for the Red Cross, took tickets at sporting tournaments, and tended to neighbors and friends in need. Besides her family, her greatest pride in life was her nursing career. Carol was a licensed PACU R.N. following her mother and father's footsteps in medicine. She was able to show love and appreciation for her fellow nurses all her life and during her final days at Bozeman Health.

As Carol often said: "Peace and Love!" To honor her memory, reach out to people in need, regardless of your differences, and show them compassion. A memorial service will be held at Peace Lutheran in Belgrade, MT to be announced later. Arrangements are in the care of Dokken-Nelson Funeral Service. www.dokkennelson.com
Published by Bozeman Daily Chronicle on Nov. 24, 2021.
To plant trees in memory, please visit the Sympathy Store.
MEMORIAL EVENTS
Dec
31
Celebration of Life
10:00a.m.
Peace Lutheran Church
Belgrade
Funeral services provided by:
Dokken-Nelson Funeral Service
MAKE A DONATION
MEMORIES & CONDOLENCES
Sponsored by Dokken-Nelson Funeral Service.
0 Entries
Be the first to post a memory or condolences.