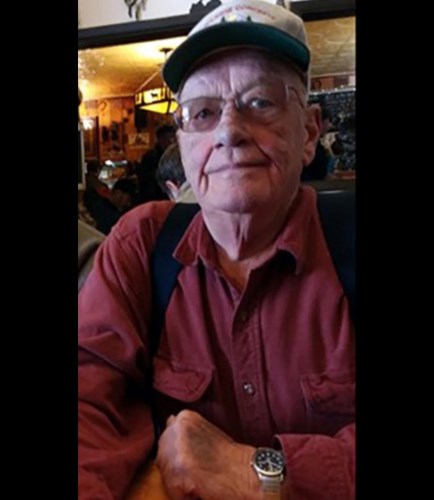 Clancy was born in Aurora, Illinois on December 7, 1946 to Willis and Dorothy Gaworski. As a child, Clancy attended Annunciation Catholic School. He went on to graduate from Marmion Military Academy.

He began his lifelong career as a carpenter at an early age. As a young apprentice he placed in the top three in the Illinois carpentry competition. From that point on he found his passion and talent for building.

Clancy met Mary in August of 1975. The following July 31 they were united in marriage. Together they had an amazing 45-year-long journey filled with love and happiness.

Shortly after they were married, Clancy started his own construction company, CJ Gaworski Construction. He felt strongly that if he was going to own a company, his name would be on it. After three years in business, fighting the humidity and cold, Clancy heard the West calling. He made a trip to Bozeman, Montana in the spring of 1979. Things moved quickly. Clancy packed up Mary and nine-month-old Jeanie and moved to their current location in August of that year. In April 1980, Clancy and Mary completed his family of four girls with the birth of daughter Cindy, as Clancy had two older daughters, Krista and Michelle, from a previous marriage.

His greatest pleasure came from spending time with family, especially his four daughters. Trips to Wisconsin to visit Krista and Michelle, gathering together in Arizona, and being together in Montana were the happiest of memories for him.

Clancy continued his work in construction beginning with an out of state company and Edsall Construction working on buildings in the University Square. From there he hired on with Martel Construction where he retired from in 2012 after 28 years. One cannot drive around the valley without seeing Clancy's work and craftsmanship.

Clancy was preceded in death by his parents, Willis and Dorothy; sister, Marlene; and father- and mother-in-law, Jim and Ruth Dennin.

In lieu of flowers, we ask that you honor Clancy by living as he did: work hard and play hard; protect and love the ones near and dear to you, and always kiss your loved one(s) goodnight. In doing those, we will keep Clancy's spirit and memory alive.

Funeral Mass will be held at 10:00 A.M. on Saturday, November 13 at Holy Rosary Parish. To view the service live, please visit the Live Stream tab at holyrosarybozeman.org.