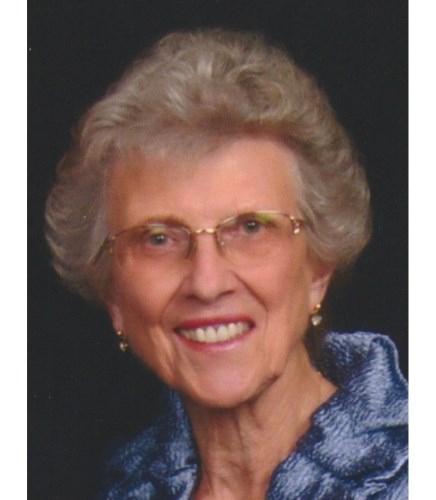 Donna Lee Hutcheson, 88, passed away in her sleep after a long illness on October 22, 2021, at Casa de la Campagnas in San Diego, California. Donna was born in Sidney, Montana on March 31, 1933, to George and Dolores Rupp. Together with her younger sister Beverly and late brother Gerald, the family lived several places across eastern Montana before they moved to Havre in the '40s. There she met her love and lifelong partner Ralph Lee Hutcheson. After marrying in 1952 they moved to Bozeman. In 1953 Donna and Ralph had their first child, Steven Wayne. After Ralph finished college, the family relocated to the mid-west where Stewart Douglas was born in 1956. The family then moved in 1968 to Rancho Bernardo (RB) in San Diego and Donna became well known across the entire RB community as she led warranty administration for all new homes built by AVCO Development. She also served as a deacon for the Rancho Bernardo Presbyterian Church. These activities created many friends throughout the community. Also special were Donna and Ralph's close friends, the Stern's, with whom they shared many a pleasant Friday night.

In 1992 Donna and Ralph moved back to Bozeman where they spent the next twenty-four years reconnecting with the wonderful Bozeman community while building the company Scientific Materials, Inc. and as they worked closely with Montana State University. They retired in 2006 when Scientific Materials was purchased by FLIR. While there, Donna and Ralph shared delightful evenings with their close friends, the Deans. Donna spent many weekends and holidays with her sister who resides in Billings.

In 2014, after several years as snowbirds wintering in RB, Donna and Ralph returned full time to RB. In 2018 due to declining health Donna moved into the Palmer Special Care unit at Casa de la Campagnas where her years of taking care of others were paid back by the incredible staff taking care of her. Donna was a warm and loving wife for nearly seventy years and from her early life through her passing showed her tough Montana stock. She is survived by her loving husband, Ralph, her sister Beverly Hoff, her son Steve and his wife Candace, and her son Doug and his wife Gail, four grandchildren, Heather McGrath, Jeffery, Maxwell and Kasey and two great grandchildren, Ailbe and Cian McGrath.

A memorial service will be held on November 12th at 11am at the Rancho Bernardo Presbyterian Church Chapel, 17010 Pomerado Rd, San Diego CA 92128 with light snacks served afterwards. All are welcome and attire is business casual. At 300pm on November 12 a virtual service will be held for those that are unable to attend in person, please email [email protected] for video details.