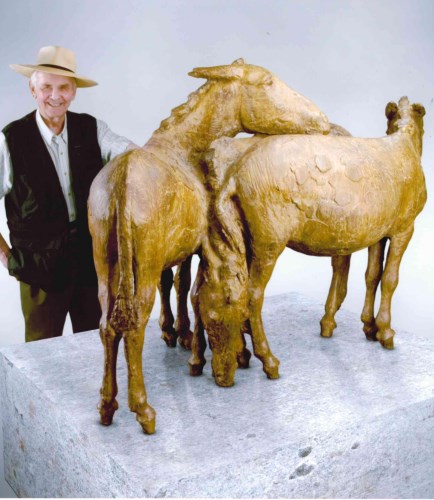 BORN
1934
DIED
2021
FUNERAL HOME
Dahl Funeral Chapel
300 Highland Boulevard
Bozeman, MT
Noted sculptor Floyd Tennison DeWitt died at his Bozeman home on November 14. It was a Sunday morning; Chopin was playing and people who loved him held his hands. He was 87.

Floyd was born in Wolf Point, MT, where his mother was a nurse, and his father was a full-time barber and farmed the nearby Missouri River bottomland. Floyd was crazy about horses and, as a small boy, would walk two miles every day just to sit on a fence rail and watch them. He loved riding them, training them, drawing them and sculpting their images.

In Wolf Point, most people called him Tenny, an abbreviation of his middle name, and he was an untrained prodigy who modeled his early artwork after that of Charlie Russell, the only artist he knew anything about.

His eyes opened a lot wider when the Army stationed him in Germany in 1955. While his young comrades pursued other interests, Floyd spent every available minute in museums, soaking himself in classical art, learning to see what the masters saw.

After the Army ("I was the one nobody asked to re-enlist," he once said.), he returned to Wolf Point, where he broke some horses and busted some drunks as a city cop. But his mind burned to create. He signed up in 1957 for a stint at the Minneapolis School of Art, where an academic focus on avant garde themes left him unsatisfied.

He returned to Europe in 1961 when he won a six-year scholarship to the Royal Academy of Fine Art in Amsterdam, Holland, which focused on intellectual rigor, the importance of metaphor, the ability to study nature and "remember what you saw and draw truths from it."

In 1966 he married Carmen Maria Johanna Kohinor van Vliet and made a home with her and her children Basja, Marischa and Serge. Though a full-time student, he also took a janitorial job to help support the family. Floyd and Carmen's daughter, Donna, was born in 1969. After that marriage ended, Floyd moved in with Carla Marina Bussemaker.

He was a night owl who retained his intellectual rigor until the end, studying Kant, Marcus Aurelius and Robert Frost while the television murmured in the background. He demanded excellence from himself and constantly challenged others to do better, be better. With his dark eyes twinkling, he asked people very difficult questions. An afternoon with him could be exhausting and exhilarating.

In a 2015 profile in Montana Quarterly magazine, writer Alan Kesselheim said this:

"Floyd DeWitt is not a man or artist you come to know, as much as a man and artist you experience. Like weather. As with a storm, DeWitt is unpredictable, powerful, fitful, intimidating, challenging and very real."

Floyd spent 25 years in Europe, where his art still resides in public squares, museums and many collections, including that of the Danish royal family. His list of public exhibitions spans 60 years and two continents.

When he returned to the United States with Carla and Donna in 1984, he settled first in Livingston and then in Bozeman, where he designed his light-bathed studio, a place that could elicit gasps from visitors. That's where the Four Horsemen of the Apocalypse thundered, made somehow weightless under Floyd's hand; where Pegasus raged overhead, where beauty and metaphor melded and resided in wax and clay and bronze.

He didn't achieve wide commercial success, in part because he refused to compromise his ideals or cater to markets. But he sold enough to make a living and he won many awards, including top honors from the National Sculpture Society in New York City. He was a sculptor's sculptor. And his own man.

Floyd his survived by his wife of 48 years, Carla DeWitt, of Bozeman and his daughter, Donna DeWitt of Barcelona, Spain.

A Memorial will be held at 6PM on Wednesday, Dec. 1 at Dahl Funeral & Cremation Service, Bozeman.

Condolences & memories may be shared with the family at www.dahlcares.com. 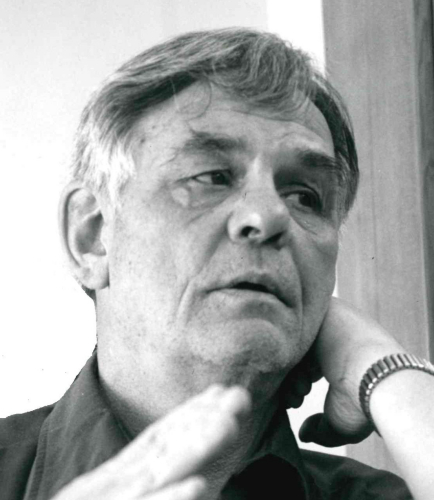 Published by Bozeman Daily Chronicle on Nov. 28, 2021.
To plant trees in memory, please visit the Sympathy Store.
MEMORIAL EVENTS
To offer your sympathy during this difficult time, you can now have memorial trees planted in a National Forest in memory of your loved one.
Funeral services provided by:
Dahl Funeral Chapel
MAKE A DONATION
MEMORIES & CONDOLENCES
Sponsored by Dahl Funeral Chapel.
0 Entries
Be the first to post a memory or condolences.