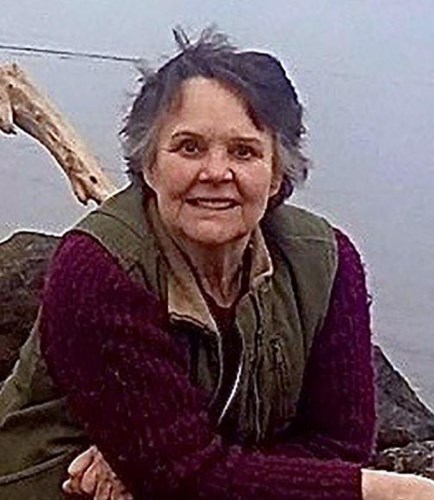 Lindy graduated from the Oak Park Hospital School of Nursing in 1964 and was hired by Children's Hospital in Chicago, IL where she met the love of her life, Douglas Adelmann, an aspiring orthopedic surgeon. An energetic "doer", Lindy began her career as a Registered Nurse in Chicago-area emergency rooms and operating theaters. When Doug's army service took them to Fort Bragg, NC, Lindy joined the 82nd Airborne Sport Parachute Club where she logged 131 jumps. Her last would be many years later in 2008 for a total of 132. After Fort Bragg, Lindy and Doug moved to Joliet, IL, where Lindy earned her private pilot's license while also assisting Doug in the operating room and managing his orthopedic practice.

In 1973 their twin sons, Doug and Adam, were born. Getting into their car to drive them home, "Puff the Magic Dragon" was playing on the radio and that song always brought a smile to her face, and maybe a little tear.

Around 1995 they found Big Sky country and retired to Montana. They purchased a family Ranch where the couple had up to 35 rescue horses, nine dogs, and five cats at any given time. Here Lindy vetted horses, operated haying equipment, and became proficient at fixing fences! When Lindy's husband died suddenly in 2007, Lindy knew she couldn't manage the ranch by herself, so in 2008 she began traveling. Over the course of five years Lindy spent extended periods of time in Antarctica, Machu Picchu, the Galapagos Islands, and India. Back in the U.S. she bought an RV in Florida and drove it cross-country with a dear friend. Her journey took her to Washington State as a camp host for the NPS. From there she made a home in Port Townsend, WA, where she spent her free time in her flower garden, walking the North beach, and planning spontaneous getaways to gather her extended family.

One of her greatest joys was being the oldest of 12 children: seven sisters and four brothers. She was the Reed family compass after the passing of their parents. She led by example and was an inspiration to them all. She was the caregiver that any sibling could call to laugh about life's challenges.

Lindy had a passion for life that included the arts, family adventures, and travel. She lived life hard and was always a tireless worker despite her having more artificial joints than real ones. She was a wonderful mother, devoted grandma, tireless worker, humble woman, and very good friend.

Linda is survived by her sons; four grandchildren; seven sisters and four brothers; her mother-in-law, Phyllis Adelmann; and many dear friends.

She was preceded in death by her husband, Douglas; her own parents; and many four-legged family members.

We know life is a gift no one gets to keep! Today we wish for just one more day!!

Memorials in Lindy's name may be sent to ROC Wheels (rocwheels.org) or Smile Train (smiletrain.org).