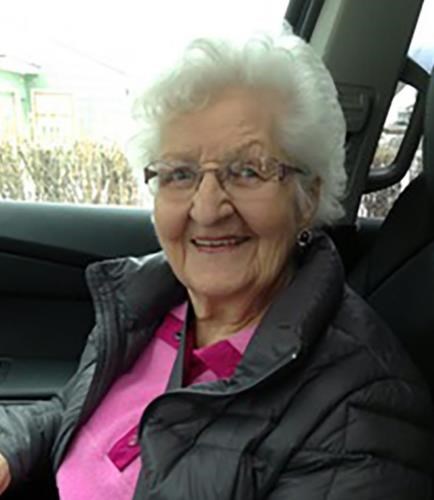 BORN
1924
DIED
2021
FUNERAL HOME
Dokken-Nelson Funeral Service
113 South Willson Avenue
Bozeman, MT
Margaret (Megan) Jane Berg passed away peacefully on November 22, 2021 at the age of 97. Margaret was born in Trethomas, Wales on February 15, 1924. She grew up in Trethomas and moved to the United States at the age of 22 in 1946 after meeting her husband, Marvin A. Berg, at a Military Dance. Margaret married Marvin on April 14, 1945 at the Saint Catherine's Church in Cardiff Wales.

Margaret was a woman of many talents and worked various jobs throughout her life. She was drafted and worked in an ammunition plant in Wales at the age of 18. She arrived in the U.S. on the east coast and road a train all the way to Kremlin, MT prior to moving to Bozeman where she worked at The Topper and the Baxter Hotel.

She was a bright and sassy spirit and always looked at the bright side of things. She continued to be positive and optimistic throughout her life. Her positivity made her a joy to be around. She loved to stay busy and socialize with her weekly bridge and tea games with her many friends.

Margaret's infectious spirit touched so many lives and she will be greatly missed.

A Memorial Service will be held at 11:00 A.M. on Saturday, November 27 at Hope Lutheran Church.