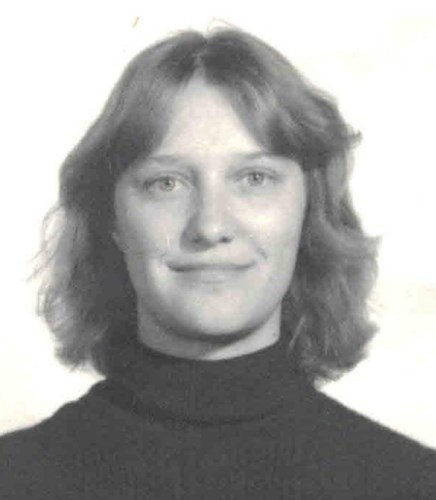 Born in Long Beach, CA, on January 18, 1946, Pat was the second daughter of Paul and Jewel Van Wulven. She graduated from El Cajon High School in 1964 and was first employed as a secretary for an insurance group, then worked for the Native American Rights Fund (NARF), a non-profit American Indian legal representation firm in Berkeley, CA. She moved to Boulder, Colorado when NARF relocated there in the early 70's, and continued working at NARF for many years.

Pat loved hiking the Colorado mountains, summiting the 'Fourteeners', a series of mountains 14,000 feet or higher, with her pal, Scott Little. In December,1976, Pat went with Robin Cunningham on a ski date, and they fell in love during the first chairlift ride.

Robin had plans to teach English as a foreign language in Bogota, Colombia, and Pat joined him in that adventure, first living and teaching in Bogota, then continuing their travels through Ecuador, Peru, and Bolivia. In Sucre, Bolivia, they met old friends of Robin's and spent five months there collecting indigenous weavings.

Returning to Boulder in 1977, Pat and Robin bought a local candy store and built up a thriving business selling homemade and imported chocolates, the original Jelly Belly jellybeans, and caramel corn, while Pat continued serving bookkeeping clients and her duties at NARF.

Selling the candy business in 1984, Pat joined Robin in Gallatin Gateway, Montana, where he had moved to set up a household and begin serving clients as a fishing outfitter. Pat guided, too, teaching many women clients to enjoy fly fishing on local Montana rivers. She also built up a successful bookkeeping firm, Ms. Management, keeping books for several Bozeman businesses and the non-profit Fishing Outfitters Ass'n of Montana. Not one to sit idle, Pat also joined the Pampered Chef home-sales group, hosting many parties and befriending new cooks while achieving a high sales record.

Pat gave birth to a son, David, in 1985. As he grew up, Pat was the coach for his grade school baseball games, and she and Robin enjoyed Dave's middle-school basketball prowess.

Unhappily, in her later years, Pat suffered from increasing disability due to dementia. Robin became her caregiver, retiring from his guiding and keeping Pat comfortable until her death from complications of increased dementia.

Pat lost her mother in 1959 and her father in 1974. She is survived by Robin, her husband of 45 years, her son David, her sister, Pamela (DuWayne) Kreuger, her stepmother, Evelyn, half brothers Bill and Bob, and stepbrothers Paul Pierre and Benton.

As Pat wished, instead of services, "If my friends can think of me occasionally, that's enough." Robin, David, and sister Pam remember Pat ('Trisha' to Pam) as "the most loving, generous person in our lives." She will be missed . . .
Published by Bozeman Daily Chronicle on Nov. 24, 2021.
To plant trees in memory, please visit the Sympathy Store.
MEMORIAL EVENTS
To offer your sympathy during this difficult time, you can now have memorial trees planted in a National Forest in memory of your loved one.
Funeral services provided by:
Simple Cremation Montana
MAKE A DONATION
MEMORIES & CONDOLENCES
Sponsored by Simple Cremation Montana.
0 Entries
Be the first to post a memory or condolences.