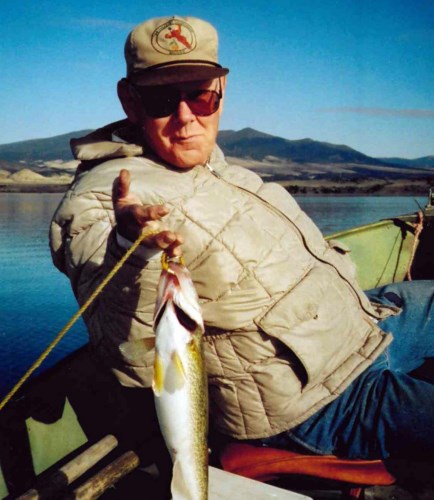 BORN
1932
DIED
2021
FUNERAL HOME
Dokken-Nelson Funeral Service
113 South Willson Avenue
Bozeman, MT
Raymond S. Bradley died on October 28, 2021. He was 89 years old. He was a resident of Aspen Pointe Independent Living and died at Bozeman Deaconess Hospital of natural causes. Ray was born March 29, 1939, the third of four sons, to James L. and Florence (Nixon) Bradley in Bozeman, Montana. He grew up on the family farm five miles west of Bozeman and learned the virtue of hard work at an early age.

His education began in a one-room country school on Huffine Lane and continued at Gallatin County High School from which he graduated in 1950. A few years later he enlisted in the United States Air Force and was honorably discharged four years later. He continued his education at Montana State College, now Montana State University, and graduated with a Bachelor of Science degree. He became a Certified Public Accountant and worked in that profession the rest of his career. He worked at a large accounting firm in Billings, Montana for some years which involved a substantial amount of travel. After five or six years of frequent travel, that life wore a little thin so Ray joined a local accounting firm in Bozeman and spent the rest of his career there.

Ray married Betty Grace Fergusson (Weber) in Billings in 1962 and they had a daughter, Julia, who joined Betty's sons, Marcus and Scott, and daughter, Dawn, for a full family. They were married for 54 years.

Ray was an avid hunter and fisherman and spent many days at one or the other of these pursuits for most of his life. He started hunting both upland birds and deer and elk when he was a teenager and upland bird hunting became the stronger passion. He was a member of Pheasants Forever and traveled over a good part of Montana and a few trips to other states hunting birds. His wife, Betty, was quite tolerant.

He was a member of the American Legion and Algeria Shriners. He was a lifetime member of Montana State University Alumni Association.

Ray was preceded in death by his parents; brothers, Curtis, Robert and Paul; stepson, Scott; and daughter, Julie. He survived by his two stepchildren, Dawn and Marcus, eight grandchildren, and five great grandchildren. Memorials may be sent to the charity of your choice.

A Graveside Service with military honors will be held at 2:00 P.M. on Wednesday, November 10 at Sunset Hills Cemetery. A Celebration of Life Reception will from 2:30 to 4:30 P.M. at the Bozeman United Methodist Church Fellowship Hall, 121 S. Willson Ave.