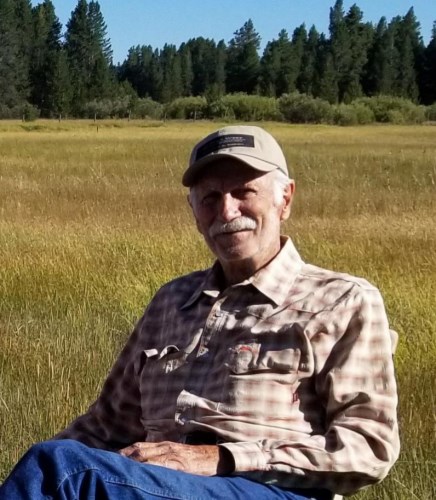 Roger Gilbert West was born in Billings, Montana on September 13th, 1939, and was the son of Thomas Gilbert West and Lorraine (Sherman) West. At the age of 82, Roger passed away Thursday, October 21, 2021. It should be noted that Roger was able to spend his final days in the place he loved the most, his 41 acres in Montana on the Madison River.

Roger was raised in Las Vegas, Nevada and graduated from Las Vegas High School in 1957. He joined the U.S. Navy upon graduation and was stationed at Naval Base San Diego. After completing his time-on-station as a Hospital Corpsmen (HM), Roger drove his (often reminisced about) brand new, 1962 black Chevrolet Corvette convertible to attended Idaho State University. While attending he met the love of his life, Joy and were soon married in Jackson Hole, Wyoming in 1967. He started working in the construction industry, quickly rising to a journeyman level carpenter, and shortly thereafter starting his own construction company. Following this interest, he pursued projects in many resort towns throughout the West: Big Sky, Whitefish, Jackson Hole and later in Palm Springs where he and Joy would spend the winter months. Roger possessed the rare combination of skills that allowed him to be a strong leader, often commanding crews in the hundreds, a great negotiator, estimator, builder, and the ability to always see "the big picture" in work and in life.

Roger spent much of his life in the pursuit of perfecting skiing and raising fly-fishing to an art form. He was successful in both endeavors. These to him not only brought a tremendous amount of satisfaction but he felt were a noble pursuit and worthy of much time and effort. Those who were lucky enough to witness the grace of his perfectly arced powder turns or the unmistakable power and elegance of his fly-fishing casts, saw that they were in the presence of a true master. He worked hard, played harder and lived true to himself. This included painstakingly selecting, cutting down and peeling every log in the home he and Joy were building. No detail went unnoticed, and no task was too difficult to complete himself.

Roger's happiest times always involved his family, his friends, the river, and freshly fallen snow. He never turned down the opportunity to enjoy life, and always strived to make those closest to him happy. He'll be best remembered for his unvarnished and unwavering truth telling, strong sense of self, love of this country and his love for the important things in life.

Roger was preceded in death by his wife Joy who lost her battle with cancer in 2014. He is survived by his 2 children, Jason (wife Jenifer) and Jolie (husband Jeff), 3 grandchildren, Lauren, Chaseton (wife Emily), Coral (husband Shane), and his 2 great-grandchildren, Koa, and West.

In accordance with his wishes, cremation has taken place. A private family dispersal ceremony will be held in the spring.
Published by Bozeman Daily Chronicle on Nov. 20, 2021.
To plant trees in memory, please visit the Sympathy Store.
MEMORIAL EVENTS
To offer your sympathy during this difficult time, you can now have memorial trees planted in a National Forest in memory of your loved one.
MAKE A DONATION
MEMORIES & CONDOLENCES
0 Entries
Be the first to post a memory or condolences.