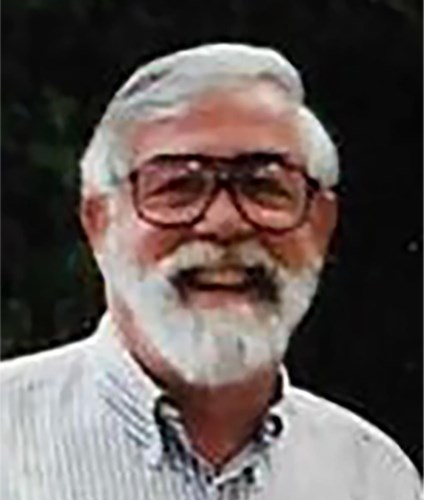 Born November 5, 1937 in Los Angeles, CA to Joetta DeWeese and Paul Bonham, Ron lived most of his life in Southern California. After attending California State University, Northridge and University of Southern California (USC), Ron became a lifelong Trojan fan rarely missing a chance to cheer on his team. An ardent outdoorsman, he loved to hunt, fish, and, race motorcycles and tunnel boats.

In May 1960, Ron married Donna Willingham and their daughter, Mindy, was born in 1965. They enjoyed traveling the country supporting his love of racing, which culminated in a national championship in the 1970s. After years of marriage, they parted ways, but shared in parenting Mindy. Ron retired from the racing circuit to devote his time to his day job, managing a business forms printing company in Thousand Oaks, CA. While there, he met Judy Myers and the two entered into an idyllic relationship for the next 35 years. They married in November, 1985, in Reno, NV, at a small family wedding which included both sets of parents and three offspring. Ron welcomed Kristin and Michael into his life and loved them as his own.

Shortly after, Ron started a forms printing company in Camarillo, CA with his close friend and partner, Julian Valdez. Bestforms was a success from the beginning and grew to be a fixture in the industry. Thanks to his hard work and supportive wife and family, Ron was able to enjoy the finer things in life, which included plenty of fine scotch and hosting family holidays featuring his barbecued delights. From the Spanish-styled spread on a hill in Camarillo to the more rustic luxury of Bozeman's Bridger Mountains in later years, Ron always enjoyed a view from the top. He surrounded himself with warm furnishings and artifacts based on the theme of his environment, from California's ocean vistas to images of the majestic wildlife that roamed his Montana property.

During his long career, Ron was active in several trade associations and traveled all parts of the country. He and Judy shared a love of travel and visited Europe many times. They also enjoyed regular fishing trips to San Jose del Cabo, Mexico, often accompanied by friends or family.

In 2008, Ron retired to Bozeman, MT to begin a very different life. Montana offered new vistas to explore and road trips became the norm for investigating their new home state and its many attractions.

Ron also loved following Nascar races and USC games on TV in addition to attending the Bozeman Symphony and Interwest Opera. But most of all, he loved being surrounded by family in Bridger Canyon.

The perpetual twinkle in Ron's eyes always reminded those around him that "Life is Good" and that, like the Frank Sinatra song he so loved, he could claim that was because "I did it My Way." He truly did it his way and will be greatly missed by all of those lucky enough to be part of his life.

The family will gather in June 2022 for a Celebration of Life.