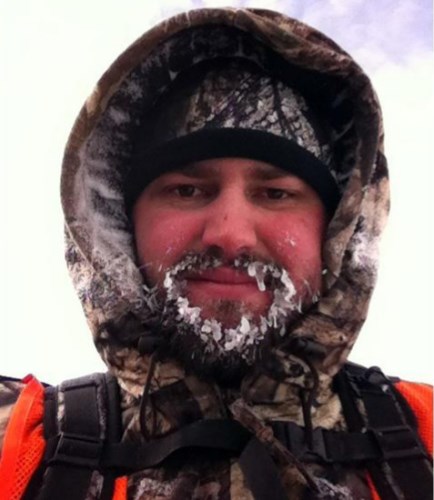 BORN
1984
DIED
2021
ABOUT
Bozeman High School
FUNERAL HOME
Dokken-Nelson Funeral Service
113 South Willson Avenue
Bozeman, MT
Ryan Nelson Dreier, 36, passed away at Bozeman Health Hospital in the early morning of November 19, 2021. He fiercely fought a three-week battle and passed due to multi-organ failure after contracting Covid-19. He was surrounded by his loving family as he departed from our loving arms and into the arms of our Lord Jesus in Heaven.

Ryan was born December 10, 1984, at Bozeman Deaconess Hospital to Timothy Dreier and Shelly Eickelberg Dreier. His brother, Justin, joined the family on January 24, 1988. The two were best of friends growing up and worked together at Crescent Electric in Bozeman.

Ryan graduated from Bozeman High School in 2003. He played the trumpet and was a member of the marching band and the pep band.

Ryan and his father, Tim, shared the passion of competitive shotgun shooting. He was an accomplished world champion skeet shooter, and proved so when he made the National All-American team and went on to win gold in multiple classes at the junior world skeet shoot in 2002.

Ryan loved spending time in the mountains archery and rifle hunting. Fishing season was all year long to Ryan. You would find him either ice fishing during the winter, or in his boat fishing for walleye during the warmer months. No walleye was safe around Ryan, and there are many photos that provide evidence of that. He and his friends started a small jig and swimbait company last year named JMBL Jigs, Jigging My Best Life.

Ryan's best friend ever, his black lab, Max, passed away at 15 years old in July 2019. We know how excited they both were to be reunited in Heaven.

Ryan is survived by his father, Tim Dreier and his wife, Deb; his mother Shelly Eickelberg Schmitz and her husband, Bill; and his brother, Justin Dreier, his wife, Stefani, and their daughter, Nora. On his mother's side, he is survived by his grandparents, Jere and Karen Eickelberg; his uncle, Grant Eickelberg (Marlene), and Makayla, MacKenzie and Madalyn; his aunt, Nicole Eickelberg Steinmetz (Todd) and their son, Ty; his stepbrother, William Schmitz (Krystal) and their children, Mason and Taylie; his stepbrother, Justin Schmitz (Maria) and their daughter, Winnie; and his stepsister, Kathryn Schmitz and her fiancé, Andrew. On his father's side, he is survived by his aunt, Connie Selzer and her children, Neil, Nathan and Lindsey; his aunt, Judy (Bob) Young and their children, Staci and Derek; his aunt, Cindy (Russ) Frey and their children, Kristin, Kelsey, and Jason; his stepsister, Jessica Taverniti; and stepsister, Marca Taverniti-Robinson (Augie). He is also survived by many great aunts, great uncles, cousins, and friends from all around the world who prayed continually for Ryan to recover.

He was preceded in death by his paternal grandparents, Nelson and Enola Dreier from Hesston, Kansas.

In lieu of flowers, please make a donation in Ryan's name to Montana Walleyes Unlimited: montanawalleyesunlimited.net