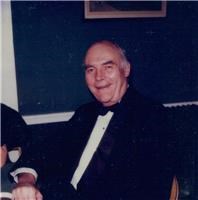 William Alexander Ziegler, 92, of Bozeman, Montana, and formerly of Darien and Wilton, Connecticut, died on the morning of Aug. 17, 2016, in his Bozeman home.

Bill was born in New York City on July 15, 1924, to William A. and Sally C. Ziegler and raised there until they moved to Washington, D.C. He attended the Buckley School, Saint Mark's School, Harvard College and Harvard Law School.

He married the former Glenn Crawley Ziegler in 1950 and she predeceased him in 2013. They moved from New York City to Darien in 1957 and then to Wilton in 1994. They acquired a ranch in Bozeman in 1989 where they spent half of the year enjoying the outdoors and spectacular view of the Bridger Mountains.

Bill entered the U.S. Navy through the V-12 program while attending Harvard College and upon accelerated graduation entered World War II, serving briefly in the North Atlantic and Pacific. Upon completion of his service he attended Harvard Law School and was invited to become an associate at the New York law firm of Sullivan & Cromwell. Upon making partner, Arthur Dean, senior partner at the firm, encouraged Bill to focus on labor law, a growing field due to the rapidly recovering post-war economy and increasing workplace regulations. He tried cases in every U.S. District Court and even managed a case that went to the Supreme Court.

His interests were broad. He loved music, especially opera and was enthralled with all things English, especially literature and the Canterbury Cathedral. He was a writer and especially loved poetry. He self-published his collection of poetry and another collection of short stories, memoirs and other writings.

Bill was active in numerous organizations and boards. Among them, he served on the Board of Directors of Standard Commercial Corporation, H. W. Wilson Publishing Company and Engineering Information, Inc. He was a trustee for Salisbury School and his beloved St. Mark's School. He was on the Board of Stewards of the Ox Ridge Hunt Club, an instrumental contributor and money raiser as a board member of the Darien and Wilton Land Trusts, and a vestryman at St. Paul's Episcopal Church in Norwalk, Connecticut. He was a Secretary of the Foreign Policy Association and a member of the Kiwanis Clubs of Bozeman and Wilton. He received the Silver Beaver award from the Boy Scouts of NYC in recognition of his fundraising support.

Bill travelled extensively, both domestically and internationally, for business and pleasure. He visited all 50 states and on a business trip to Puerto Rico was on a plane that was hijacked to Cuba. He was a member of one of the earliest groups to visit China as a Governor of the Foreign Policy Association.

He made friends easily and leaves behind many friends and his family who will miss his wisdom, kindness and wit. He was generous throughout life, always contributing time and money to organizations that he supported or who asked for his support.

Per his request there will be no funeral service and contributions can be made in his name to St. Mark's School of Southborough, MA.
Published by Bozeman Daily Chronicle on Aug. 23, 2016.
To plant trees in memory, please visit the Sympathy Store.
MEMORIAL EVENTS
To offer your sympathy during this difficult time, you can now have memorial trees planted in a National Forest in memory of your loved one.
MAKE A DONATION
MEMORIES & CONDOLENCES
0 Entries
Be the first to post a memory or condolences.