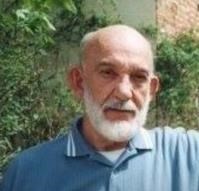 BORN
1932
DIED
2021
FUNERAL HOME
Faupel Funeral Home - Port Richey
7524 Ridge Road
Port Richey, FL
Gerald Thackham
April 10, 1932 - September 30, 2021
Spring Hill, Florida - Gerald M. Thackham (Buzz), 89, of Brooksville, FL, Brimley, MI, and most recently a resident of Spring Hill, FL, died peacefully on Thursday, Sept. 30, 2021.
He was born on April 10, 1932 in Newberry, MI, to the late William Ross and Dorothy Nell (Bodi) Thackham. He was their sixth child. He was the great grandson of Mike Bodi who homesteaded Bodi Lake – seated in Luce County of Michigan's Upper Peninsula near the coast of Lake Superior.
Following Buzz's graduation in 1950 from Newberry High School, he attended Albion College in MI before enlisting in the Navy, where he was Quartermaster (signal man) on a destroyer during the Korean War. After discharge, he briefly attended University of Michigan and then transferred to Eastern Michigan University where he earned his undergraduate degree. In the late 1950's, he began working at Starr Commonwealth in Albion, MI and later left this non-profit residential youth rehabilitation facility to attend US Merchant Marine Academy, Kings Point, New York where he earned both Bachelor's of Science and Master's degrees in Marine Transportation. Gerald continued to work with struggling young people and later gave instrumental help to several individuals, providing means to facilitate their educations.
From 1966 to 1993 Gerald worked for the International Organization of Masters, Mates & Pilots Maritime Union, achieving First Officer/Chief Mate rank with a Licensed Master Mariner status. In the early 1990's Gerald received commendation and recognition from the British Parliament for an heroic rescue at sea. His cargo ship was heading to the port of Charleston, South Carolina when he received a midnight SOS call from six British subjects aboard a small pleasure sail boat floundering in high seas about 300 miles east of Charleston. Gerald was the officer on board responsible for organizing the crew and equipment to safely rescue all six persons. However, the sail boat was lost. The "Award of Plate" was presented to Gerald by Parliament member and actress Glenda Jackson.
Gerald's adventurous maritime career took him around the world many times. Always a scholar, wherever he sailed, Buzz relished learning about every culture. Never forgetting his roots, he tried to enrich people's lives and make a difference. Quietly and humbly, he was proud to have buoyed three college graduates, Claudio, Boris and Shu Sum.
Gerald was also a fastidious, master craftsman. When ashore, he built custom, original cabinets and furniture pieces just to help people and humanitarian organizations, including all the shelves for Florida's Howey (Brownlee) Library. He liked to figure out how to utilize unusual materials in his designs, and he applied his techniques and discoveries in all of his creations.
Gerald is survived by his loving sisters; Carol Thackham of Bradenton, FL and Laura Nebel of Philadelphia, PA; seven nieces; Elaine, Lisa, Lori, Brigitte, Amy, Kathy, and Laura; three nephews; William, Kevin and Richard; eleven great- nephews; five great-nieces; many great-grandnieces and nephews; cousins and close friends.
Preceding him in death were his parents; his eldest niece and nephew; Dorothy Lee Thackham and David Thackham; his brothers; Ernest, William and Richard and his dear baby sister, Lois (Thackham) Santer.
A Memorial Celebration will be held by family at a later date. Memorial contributions can be sent to Hospice of the Eastern Upper Peninsula, 308 W. 12th Avenue, Sault Ste., Marie, MI 49783.

Published by Bradenton Herald on Oct. 15, 2021.
To plant trees in memory, please visit the Sympathy Store.
MEMORIAL EVENTS
To offer your sympathy during this difficult time, you can now have memorial trees planted in a National Forest in memory of your loved one.
Funeral services provided by:
Faupel Funeral Home - Port Richey
MAKE A DONATION
MEMORIES & CONDOLENCES
Sponsored by Bradenton Herald.
2 Entries
I am so very sorry to read that Gerry is no longer with us. I met him through the Unitarian Universalist church in Brooksville, and went on to enjoy several years of a unique and wonderful friendship. Gerry knew this area of Florida like the back of his hand, and we would go for long, aimless drives in his van, talking about books, politics, religion, current events . . . nothing superficial, but somehow always fun. He had a beautiful, sharp mind, a great sense of humor, and the best laugh! I so enjoyed the time I got to spend with him. He spoke often with great affection of Lisa. He was a joy to be around. Though he would disapprove of my saying this, I hope I get to see him again some day (sorry, Gerry!) Ann Marie
Ann Marie Kirchman
Friend
November 16, 2021
Offering our deepest condolences during this difficult time.
The Staff at Faupel Funeral Home
October 13, 2021
Showing 1 - 2 of 2 results