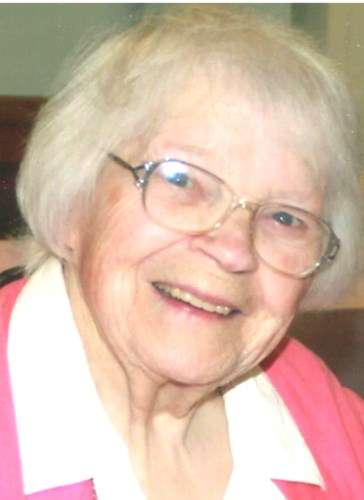 BORN
1923
DIED
2021
FUNERAL HOME
Atamaniuk Funeral Home
40 Terrace Street
Brattleboro, VT
Brattleboro- Arlene May Kathan, 98, of Old Terrace in Bellows Falls, a longtime resident of Brattleboro, went to heaven to be with her Lord and family on Tuesday morning, September 28, 2021 at Brattleboro Memorial Hospital during the autumn season of color which she loved.

Arlene was born at home in Putney, VT on July 26, 1923, the daughter of George Andrew and Marguerite Edna (Blakeslee) Stockwell.

She was raised and educated in Putney and attended the East Putney one room school house, later moving to Brattleboro where she graduated from Saint Michael's High School with the Class of 1941.

Arlene went on to attend Castleton State College where she received her Bachelors degree in elementary education. Additionally, she completed extensive courses at Keene State College and extension courses at UVM and Boston University.

Arlene then taught in elementary schools in Williamstown, St. Johnsbury, VT, Westmoreland, NH, Westminster, Putney and Brattleboro, VT. During the later part of her career, she also taught on a part-time basis at Saint Michaels' School. She retired after 40 faithful and dedicated years as a teacher.

On August 21, 1947 in Putney, she was married to Dexter Warner Kathan, Jr., the love of her life. The couple were blessed with five very musically talented children who went on to form the band, The Innovations, which Arlene and Dexter managed and joined them on stage.

Steadfast in her lifelong walk of faith, Arlene was a longtime communicant of St. Michaels' Roman Catholic Church where she served as Eucharistic minister for the parish, taught religious education and catechism, was chaplain facilitator at Brattleboro Memorial Hospital (20 years), was a member of the St Michaels' Church Choir, and held membership in the Daughters of Isabella, Ave Maria Circle #128. Arlene had the distinguished honor of being the recipient of the annual Bishop's Award in 2008.

For many years she was active with the VT Right to Life Program.

Arlene will be fondly remembered for her pleasant personality, generosity, and spirit of friendship.

Of her pastimes and interests, Arlene enjoyed gardening, bird watching, sewing, music and time shared with her family.

Memorial contributions in Arlene's name may be made to St. Michaels' School, 48 Walnut St., Brattleboro, VT 05301.