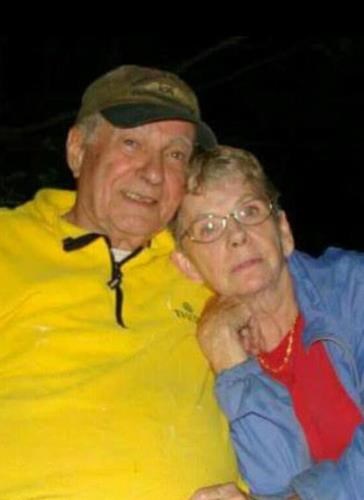 BORN
1938
DIED
2021
FUNERAL HOME
Covey, Allen & Shea Funeral & Cremation Service
44 East Main St.
Wilmington, VT
Barbara Jill Gentilin (Lewis) born Aug 2, 1938 in Osage, WY. Her parents, Arthur Lewis and Osie Gibson moved the family to Weirton, WV when Jill was 2 where her father was employed as a welder in the Weirton Steel Mills. Jill graduated Weirton High School in 1956, and became a Registered Nurse working at both Montefiore Hospital and Cleveland clinic in Obstetrics. She met her husband, Charles "Chuck" Gentilin in Florida where both were on vacation. They were married on June 29, 1961, and relocated to Princeton, NJ and then after Pennington, NJ. Her children, John and Roseanne were born in 1962 and 1966, respectively. She obtained her BSN at Trenton State College in 1980. Shortly thereafter, the family relocated to East Dover, VT where she worked as the Director of Adolescent Substance Abuse at the Brattleboro Retreat until her retirement in 2000. During that time she gained her MA with an M.Ed degree in Rehabilitation from Springfield College while working full time and raising her family. Jill was also a member of the National Nurses Assoc and was inducted into the Who's Who in Nursing. She is the author of several published articles in Professional Journals and was accredited in Advanced Child and Psychiatric Nursing. She was an active member of the West Dover Congregational Church, Dover Food Pantry and the Senior Citizen Council of Dover, as well as a religious counselor at Grace Cottage Hospital. She is survived by her husband Charles, her children John Gentilin of Castro Valley, CA and Roseanne Rhodes of Milford, PA, her sisters JoAnn Angert of Minneola, FL and Rosemary Bodley (spouse Dr. Raymond Bodley) of Raphine, VA and her four grandsons, Giovanni Gentilin, Maddox, Rowan and Griffen Rhodes, as well as numerous nieces and nephews. In lieu of flowers, donations can be made to both the Deerfield Valley Rescue and/or East Dover Fire Dept c/o Covey Allen & Shea Funeral Home PO Box 215 Wilmington, VT 05201. Services will be held at the West Dover Congregational Church Saturday October 16 at 10:00am. To send the family personal condolences, please visit www.sheafuneralhomes.com