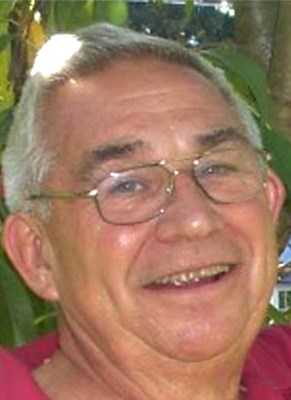 Ben was born in Lafayette, Indiana on August 6, 1939 the son of J. Edie and Bernice (Newman) Coplan. The family moved to Kewanee, Illinois where Ben attended and graduated from Wethersfield High School. During his high school years, Ben worked with his father on the family farm.

In 1957 Ben enrolled in the agriculture programs at the University of Illinois in Champaign. Following his graduation Ben took a position at Washington State University in Pullman where he wrote publications for county agents.

Ben was later hired by the University of Nevada in Reno, in 1963 where he produced radio tapes on subjects of interest to the farming community. His tapes were aired on the local radio stations, and caught the attention of the McClatchy Broadcasting Company in Sacramento, California who then hired Ben for its early morning radio farm show. Ben also was on the air daily at the noon broadcast show on television station KOVR in Sacramento.

In 1965, Ben was hired by the California Dairy Council for their public awareness program for better health by promoting the four food groups. He wrote publication material and made radio tapes for the state wide radio networks.

On June 12, 1960, in Kewanee, Illinois he was married to Cheryl Irene Fuerst. Later, in 1972 Ben and Cheryl joined the Peace Corps and moved their family to Bogota, Colombia, South America where Ben continued working on educating people on healthful eating.

Upon their return to the U.S. in 1975, Ben was hired by the Holstein Association USA and moved to Brattleboro.

Active civically, Ben served on a variety of committees and organizations with a focus of helping people have a better life. He served as executive director of NAMI, (National Alliance for Mental Illness) and both he and his wife served as teachers in the Family-to-Family education course developed by Joyce Burland.

Ben received many certificates of appreciation for his work with the following local organizations, Brattleboro Community Justice Center, Brattleboro Housing and Human Resource Council, and the Brattleboro Zoning Board.

He ended his work-life career at VABIR, (Vermont Association of Business, Industry, and Rehabilitation) where he assisted clients in securing jobs and acquiring housing. After retirement, he created his own business, Northeastern Community Services: Health, Education & Advocacy.

Ben was also an active volunteer at Loaves and Fishes and at the Brattleboro Senior Center. A man of faith, was a member of the Guilford Community Church.

Ben will be remembered for his spirit of friendship and generosity.

Besides his devoted and faithful wife of 61 years, he leaves his children, Dawn Reed and husband Steve and their children William, Kara and Julia; Kimberly Crisci, her children Marcus and George; Jason Coplan, and his wife Jan and their son Eldie.

Friends are invited to call at the Atamaniuk Funeral Home on Friday from 5 to 7 P.M. Please feel free to stop by and meet Ben's family.

A memorial service in celebration of his life will be held at a future date and time, to be announced.

Memorial contributions in Ben's name may be made to, The Ben Coplan Community Service Memorial, PO Box 271, Brattleboro, VT 05302.