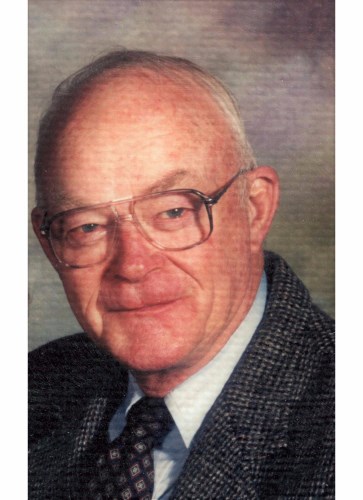 David Jonathan Maysilles, age 91, of Keene, New Hampshire, passed away on July 30, 2020. He was adopted as the only child of Lillian (Beck) Maysilles. As a child, he lived at the New England Kurn Hattin Homes in Westminster, Vermont, where he was educated through grades 1-8 (class of 1943). His mother was a teacher at the Kurn Hattin Girls Campus.

He was further educated at Vermont Academy (1947), at Middlebury College (1951), and then later received a master's in administration from George Washington University (1971). After graduating from Middlebury, he married Barbara Gorham. They celebrated their 69th anniversary a few months before his passing.

David then entered the United States Marine Corps for what became a 25-year career, retiring as a lieutenant colonel. He was a veteran of the Korean War, where he flew as an aerial observer, and of the Vietnam War.

After retirement from the military, Maysilles returned to Vermont to become the first Kurn Hattin alumnus to serve as its director. He led Kurn Hattin for 18 years before retiring in 1994 and continued to serve on its board of directors. During his tenure as director he consolidated the separate boys and girls campuses to form a unified coeducational program, instituted the counseling program, and modernized the campus with an extensive building campaign, resulting in the construction of many new cottages for the children and the Mayo Memorial Center educational building.

After his second retirement, he and Barbara made their home in Walpole, New Hampshire, until declining health led them to reside at Langdon Place in Keene.

David participated in many community organizations including the National Association of Homes for Children, the Bellows Falls Rotary Club, the Boy Scouts, the Walpole Congregational Church, and choral societies.

He is survived by his wife, Barbara, and their three children, Duncan (Teresa) Maysilles of Lewisville, North Carolina, Catherine (Charles) Zublic of La Plata, Maryland, and Bruce (Marta) Maysilles of Loveland, Colorado, and by six grandchildren, Katie, David, Christopher, Andrew, Mary, and Emily.

Graveside funeral services will be conducted at 2:00 p.m. Saturday, August 8, 2020, at the Walpole New Town Cemetery on North Road, Walpole, NH. In lieu of flowers, memorial gifts may be made to Kurn Hattin Homes Development, PO Box 127 Westminster, VT 05158.

To plant trees in memory, please visit our Sympathy Store.
Published by The Brattleboro Reformer on Aug. 5, 2020.
MEMORIAL EVENTS
Aug
8
Graveside service
2:00p.m.
Walpole New Town Cemetery
North Road, Walpole, VT
Funeral services provided by:
Fenton & Hennessey Funeral Home
MAKE A DONATION
MEMORIES & CONDOLENCES
Sponsored by BrattleboroReformer.com.
1 Entry
Our deepest condolences to Barbara and the family. I was lucky to have had his mother as my teacher, she was so kind, knowledgeable & patient. David was a wonderful director, had many of his mother's wonderful traits. He did so much to move KH forward. Our thoughts
and prayers are with you. May your wonderful memories help you through these difficult times.
Shirley (Bacon) Doyle
Acquaintance
August 5, 2020
Showing 1 - 1 of 1 results