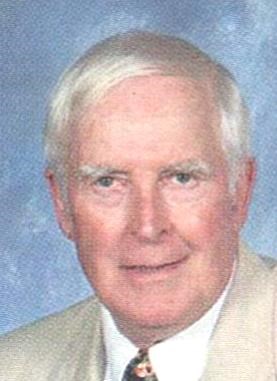 He was born in Washington Heights in New York City on December 14, 1933 to Elizabeth Curtin Maloney (a worker at the Woolworth Building in NYC) and Edmond Maloney (a bus driver in NYC), both originally from County Limerick, Ireland, having immigrated in the 1900's to New York.

Edmund served his country in the United States Marine Corp. until his honorable discharge from active service.

Edmund lived a full life living in Greenwich Village, Brooklyn, and Mt. Kisco, New York before moving to Brattleboro, Vermont with his wife Meg and continued to travel the world together. To his credit, he rode a motorcycle for several years as his primary mode of transportation.

A devout lifelong Catholic, Edmund was a faithful communicant of Saint Michaels' Roman Catholic Church where he served as a lector.

He is survived by his wife, Meg Maloney; brother, John Maloney of Fremont, California; and sister, Eileen Maloney Keane of Winter Haven, Florida. He also leaves behind nephews Derek Maloney, Mark Keane, and Andrew Keane, as well as niece, Rachel Keane. Additionally, he leaves his Calico cat named Delores and the spirits of several beloved dogs.

The Liturgy of Christian Burial will be celebrated on Thursday, October 28th at 9:00 A.M. at Saint Michael's Roman Catholic Church with Fr. Henry Furman, Pastor, celebrant. Interment will immediately follow where he will be laid to rest in Berlin (NY) Community Cemetery.

In lieu of flowers, memorial contributions in Edmund's name may be made to: Brigid's Kitchen, 47 Walnut Street, Brattleboro, VT 05301.