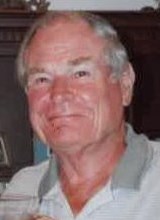 BORN
1931
DIED
2021
FUNERAL HOME
Covey, Allen & Shea Funeral & Cremation Service
44 East Main St.
Wilmington, VT
Peter Wadsworth Morris, 90 of Wilmington, VT died October 7, 2021 at the Vermont Veterans Home. He was born January 8, 1931 in New Haven, Connecticut to Milton and Adeline (McAuley) Morris. After graduating from high school, he joined the US Army in February 1951. He was assigned to the 11th Airborne Division at Fort Campbell where he received the Parachutist Badge. In November 1951 he was assigned to the 187th Regimental Combat Team in Japan and Korea until 1953, nine months on the front line in Korea. Returning to the states in August 1953, he finished his military career at Fort Jay, NY where he met his future wife, Patricia Crawford. They were married at the Baptist Church in Wilmington, Vermont on April 3, 1954. Peter and wife moved to Springfield, Massachusetts graduating from AIC College. Peter's first job was as a salesman for a dairy in New Hampshire, which was the start of a career in Sales and Marketing. His next job was for Johnson and Johnson travelling the Northeast selling milk filters. Next, he moved with his family to Chicago Heights, Illinois where he worked for a small plant owned by Win Pak Portion Packaging of Canada. He had a year to get the plant operating and profitable. He stayed with the company until his retirement in 1996. In the early 1970's Peter learned to fly and got his instrument rating. He also enjoyed yearly trips to Colorado to play golf with his brother, Steve. He loved to travel, work or pleasure, even going back to Korea to sell machines to make plastic cups. He also enjoyed doing genealogies and reading military books of WWII and Korea. Peter is survived by his wife of 67 years, Patricia, sons Peter Jr (Cheri) of Vermont, Clifford (Connie) of Maryland, Matthew (Cheryl) of Texas and daughter Sarah Tash (Bryan) of South Carolina, grandchildren Stephen and Curt Morris of Burlington, VT, Tyler Morris of Maryland, Matthew G. (Jessica) of NJ, Trishia Fitchett of Texas, Madison and Conner Tash of South Carolina and four great grandchildren. He is also survived by his siblings, Sally Borghesani of PA, and Steve Morris (Laurie) of NC, two sisters in law, Mary Morris of GA, Lilla Morris of MA and a special cousin Burton Morris of NY. He was preceded in death by two brothers, Tom Morris and Paul Morris. The families of Peter Morris would like to thank the compassionate staff at the Vermont Veterans Home in Bennington, VT for the expert care that was given to Peter during his stay there. A very sincere thanks also to the Covey Allen & Shea Funeral Home. A celebration of life will be held in the spring of 2022. To send personal condolences, please visit www.sheafuneralhomes.com

Published by The Brattleboro Reformer on Oct. 13, 2021.
To plant trees in memory, please visit the Sympathy Store.
MEMORIAL EVENTS
To offer your sympathy during this difficult time, you can now have memorial trees planted in a National Forest in memory of your loved one.
Funeral services provided by:
Covey, Allen & Shea Funeral & Cremation Service
MAKE A DONATION
MEMORIES & CONDOLENCES
Sponsored by BrattleboroReformer.com.
0 Entries
Be the first to post a memory or condolences.