Scott was born in Townshend, VT on September 22, 1949, the son of William S. "Billy" Fletcher and Nora Elizabeth Robinson. He was a 1967 graduate of Bellows Falls High School, he served in the US Air Force during the Viet Nam War, and worked at Grafton Village Cheese Company for 43 years, until his retirement in 2011.

He was a member of the VFW in Springfield, VT, the Abenaki Snowmobile Club where he was active in trail grooming and maintenance, and VAST. He was a former member of the Vermont Trappers Association and enjoyed hunting, fishing, trapping, and snowmobiling. He was an avid outdoorsman who loved his trips to Alaska. Scott also enjoyed NASCAR, the Red Sox, mowing the lawn, being a Little League coach, and his many trips to the family camp, which he helped build, on Lake Seymour in Morgan, VT.

As a child he was bat boy for the Grafton Baseball Team in the West River Valley League and was so proud of his father, a left- handed pitcher. As an adult, he played in the men's softball league for the Bellows Falls Cash Market.

The family would like to express their deepest gratitude to the VA, VNA Hospice, Bayada Hospice Nurses, Springfield Health & Rehab, and the Cedar Hill staff, and the ever loving support of family during his care at home.

SERVICES: There will be a graveside service 3:00 p.m. Sunday, May 28th in the Houghtonville Cemetery in Grafton, VT.

Memorial contributions in Scott's memory may be sent to the American Alzheimer's Association, P.O. Box 96011, Washington, DC 20090-6011 or to the Abenaki Snowmobile Club Scholarship Fund, PO Box 55, Bellows Falls, VT 05101.
Published by Brattleboro Reformer on May 17, 2017.
To plant trees in memory, please visit our Sympathy Store.
MEMORIAL EVENTS
May
28
Graveside service
3:00p.m.
Houghtonville Cemetery
Grafton, VT
MAKE A DONATION
Please consider a donation as requested by the family.
MEMORIES & CONDOLENCES
Sponsored by BrattleboroReformer.com.
20 Entries
I loved hearing all the wonderful stories about Scotty must´ve been a remarkable man.
Susan Robinson
Family
August 5, 2021
Mike and I are at Lake Seymour tonight a place that my brother loved so much. His spirit will always be here along with our Dad's and we will always cherish our memories of fun times in Morgan. Rest in peace my dear brother.
Love Mike and Debi
Debi Stevens
May 20, 2017
Maureen I am so sorry to hear of Billy's passing. My thoughts are with you and your family. Take care and keep him in your memories
Ronda Williams
May 19, 2017
I was so very sorry to hear of Scott's passing. My thoughts and prayers go out to the entire family. May he rest in peace.
Karen Billingsley
May 18, 2017
Wifey
May 18, 2017
May your hearts soon be filled with wonderful memories of joyful times together as you celebrate a life well lived.
Susan & Steve Robinson
May 18, 2017
So sorry to hear of Scott's passing. He was a good and kind person.
May loving memories ease your loss and bring you comfort.
Henry & Sherry Pickett
May 17, 2017
Condolences to the family of Scott. He was a good person and friend of many. There will be many sad times, but try to push them away with memories of the good times.
Ann Record
May 17, 2017
I am sorry to hear about scott passing you are all in our thoughts 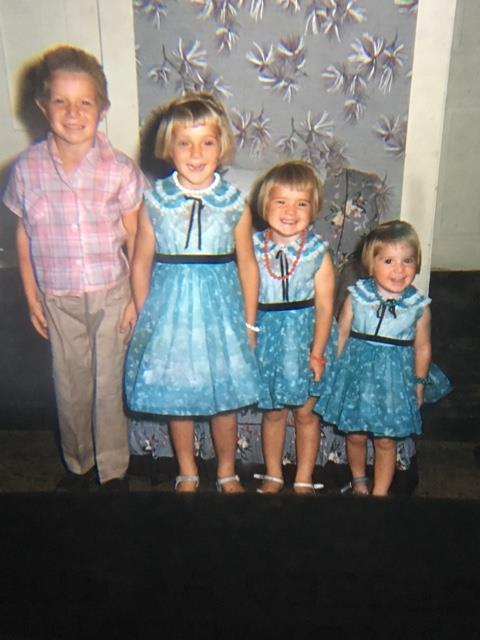 Scott was a great brother & person. We will forever hold onto all the memories. He lives on in the hearts of our family who will never forget him. Sending all our love, strength and prayers.
Love, Sherry and Tom
Sherry & Tom Bartlett
May 17, 2017
So sorry to hear of Scottie's passing. Such a colorful and caring life he led. My sincere condolences to his family. Even though I have been in Montana a lot of years I remember the years spent with family and friends in Saxtons River/Cambridgeport area. Kathy Kelton Musson
Kathy Kelton Musson
May 17, 2017
So sorry to hear about Scottie. Lots of memories from days in Saxton's River. Sending warm wishes of sympathy to all the family.
sue durham
May 17, 2017
Steve Chamberlin
May 17, 2017
Sorry for your loss
Harry and Rose Thompson
May 17, 2017
Scott was always so incredibly kind to me and my brother growing up. I have many fond memories of him - he had the best smile and giggle and was a genuinely good man. My deepest sympathies and love to Maureen, Scott, Greg, and the rest of the family.
Katie Sullivan
May 17, 2017
Saddened to hear of Scott's passing. He was quite a person. Stay strong and savor your memories.