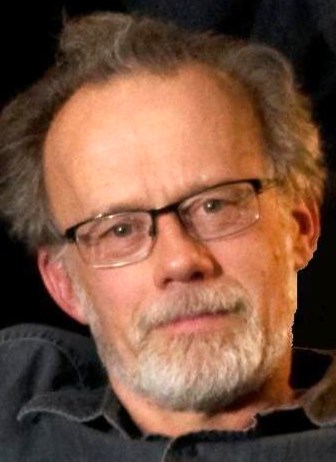 BORN
1952
DIED
2021
On September 14, 2021 Zachary Gembarowski, formerly of Brattleboro, went home after living with cancer for four and a half years.

Zac was born in Brattleboro on November 22, 1952 to Jerry "Zowie" and Lorraine (née Pichette) Gembarowski, who predeceased him. He leaves behind his wife of 39 years, Susan (née Moss), and their three children: Hannah, Caleb (Amber) and Jacob, as well as six siblings: Caroline (Erik) Hammarlund, William Gembarowski, Joseph (Renée) Gembarowski, Rebecca (Tim Fleming) Gembarowski, all of Brattleboro, Daniel (Dianne) Gembarowski of Shertz, Texas and Noel (Jean-Marc Szwiten) Gembarowski of France, and a former sister-in-law, Midge Gembarowski.

Zac attended school in Brattleboro and graduated from BUHS in 1971. Zac served his country in the US Army from 1972-1975, stationed in Germany. Upon receiving an honorable discharge in 1975, Zac attended a small Christian college in Tennessee and studied theology. In 1999 he and his family moved to Morrison, CO where Zac would attend graduate school.

Zac was an expert carpenter and artisan who transformed homeowners' dreams into reality. His longtime customers became longtime friends, as Zac was "more than a carpenter" to all who hired him. It was often said that his master's degree in counseling was used daily as he spent time working for individuals and families who benefited from more than his building and remodeling skills. Zac's devotion was first and foremost to his Lord, Jesus Christ, and his family took a close second. He was known for his gentle kindness, servant heart, finely-tuned intellect, and rich humor. After his diagnosis, Zac balanced the pain and drudgery of treatments and medical procedures with living and engaging fully in life, continuing to learn new things, and being a dedicated father, husband, brother, and friend. He took up the guitar and honed his drawing skills, creating a series of self-portraits among countless other drawings. He was at peace with his decision to stop treatment and was a comfort to us all as he entered the final phase of life with grace and without fear.

His memorial service was September 22 at The Bridge Church at Bear Creek in Colorado. He will be interred at Fort Logan National Cemetery.
Published by The Brattleboro Reformer on Oct. 23, 2021.
To plant trees in memory, please visit the Sympathy Store.
MEMORIAL EVENTS
To offer your sympathy during this difficult time, you can now have memorial trees planted in a National Forest in memory of your loved one.
MAKE A DONATION
MEMORIES & CONDOLENCES
Sponsored by BrattleboroReformer.com.
6 Entries
What an honor to know you, and your family. We met Zac from a fellow carpenter in 2001. My home has repairs, and updates made by Zac. He created shelving, painted, fixed shelving under sinks, and while he was there offered to clean my roof of leaves. Humble and kind, he sent Christmas cards to his clients and when he had a moment, Zac spoke lovingly about his kitchen redo for his wife. We live in an neighborhood that has the Cherry Creek Art Festival yearly, and Zac would park behind our garages to attend as parking is difficult during that weekend. Art was seen through his eyes and created by his hands. A reserved spot whenever he wanted one. Condolences to family near and far. A life well lived. See you later Zac.
Ruth Montoya Starr
October 30, 2021
Thank you for your service. From fellow veteran and 1971 graduate.
Marcia Bozetarnik Hansen
October 29, 2021
So many memories of childhood came back as I read Zach´s obit. My mother, sister and I lived in one of the Gembarowski upstairs apartments on Harris Place between 1957 and 1963. There were so many nights of games and play acting (mostly cowboys and indigenous peoples. I remember him as a smart, sensitive person so it made sense he would have a significant spiritual life. My sympathy to his family and friends who will no doubt miss his light in their lives.
Roderick H O´Connor
Other
October 26, 2021
I will always remember Zac's kind, quiet demeanor. He was one of the nicest classmates throughout my school years and had such a sweet smile. RIP, Zac. Prayers and condolences to the Gembarowski family.
Nancy L. Christmas
October 25, 2021
Sue and family, I offer my deepest condolences to you all on Zac's passing. It was a great comfort when you showed up at our house after Paul's passing and I wish I could return to gesture to you. Know that my thoughts and prayers are with you at this difficult time. Remember and laugh at your fond memories, as time goes on, you may find that helpful as you keep his memory alive within you.
Sandy Pinger
Other
October 25, 2021
What a spiritual boy he was e en in those St Michael's grsdeschool years. Fond memories of him. RIP zack
Wood Jr Donald
October 24, 2021
Showing 1 - 6 of 6 results