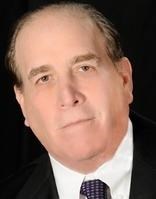 Dr. Victor J. Zuckerman
Monroe, LA - Dr. Victor J. Zuckerman of Monroe, Louisiana, passed away April 30, 2021 from complications of COVID-19. He was 69.
Born in Trenton and raised in Yardley, he was the loving son of Sondra Zuckerman of Warminster and the late Sam Zuckerman.
Graduating from Franklin and Marshall College in 1975 and continuing his education at the Philadelphia College of Osteopathic Medicine, Dr. Zuckerman completed a pediatric residency and pediatric critical care fellowship at Rush Presbyterian-St. Luke's Medical Center in Chicago. After completing training in 1986, he started Stratford Pediatrics in the western suburbs of Chicago where he practiced for many years.
In 2010, Victor followed his heart and moved to Monroe, Louisiana to be with his fiancé Judy Wagoner where he embraced southern living and continued to practice pediatrics over a career spanning more than 30 years – helping many families and touching many lives.
He is survived by his mother, beloved fiancé, his two children Katie Zuckerman and Matt Zuckerman (Andi) and two especially dear grandchildren. He is also survived by his sister Gail Anolik (Daniel) and their children and grandchildren.
Dr. Z had a zest for life that included competitive poker, education in anti-aging including bio-hormone therapy, skiing in Colorado, attending film school, and pursuing all that life had to offer. He will be deeply missed.
Published by Bucks County Courier Times from May 14 to May 16, 2021.
To plant trees in memory, please visit the Sympathy Store.
MEMORIAL EVENTS
To offer your sympathy during this difficult time, you can now have memorial trees planted in a National Forest in memory of your loved one.
MAKE A DONATION
MEMORIES & CONDOLENCES
2 Entries
Vic was one of our favorite residents....he was a couple of years ahead of us. Many in my clinical groups very much enjoyed working with Vic. I did a neonatology clerkship with Vic at Christ Hospital in..1981 (?) he was the best. Don't know how I stumbled on this, but it make me very sad. My deepest sympathies to his family. Even though it's been...almost 40 years, I think of those times frequently. With my deepest Aloha, Bill Carnett (DO, Kamuela, HI)
Bill Carnett (CCOM'82)
School
July 20, 2021
Sincerest condolences to. the Zuckerman family. Vic was my classmate at PCOM, and son, Matt was my student there. We are saddened to hear of his passing, and will remember him as one who did have a wonderful ‘zest for life’. Gone from us too soon, May he be at peace.
Michelle Hobson
Friend
May 16, 2021
Showing 1 - 2 of 2 results