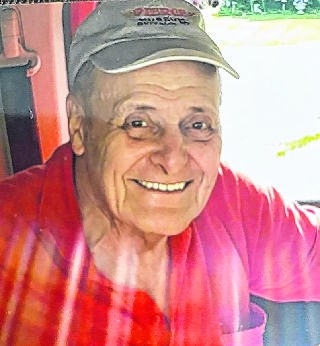 FUNERAL HOME
Dietrich Funeral Home, Inc.
2480 Kensington Avenue
Amherst, NY
MEYERS - Darwyn H.
October 9, 2021 of Williamsville, NY, age 83. Forever devoted son of Henry and Eleanor (nee Bingemann) Meyers; beloved companion of Esther Kehoe and her daughter Kathleen (Patrick) Mateas of Montana; grand-daughter Sarah (Jeff) Northrop and three great-granddaughters, Emma Rose, Blake and Hailey of California; also survived by cousins Gregory (Linda) Trietley and Reynold (Nina) Trietley. Darwyn will be sorely especially missed by Joe Glowacki, treasured as an honorary son and by his loyal pal John Malachowski. Family and friends may call Thursday from 4-8 PM at THE DIETRICH FUNERAL HOME, INC., 2480 Kensington Ave., Amherst. A Mass of Christian Burial will be celebrated on Friday at 12 Noon at Our Lady Help of Christians Chapel, 4125 Union Rd., Cheektowaga. Please assemble at church. Social distancing and face mask protocol will be observed for both the visitation and mass. Darwyn was a proud Army veteran and a patriot. He served during the 60's for the Berlin Wall Crisis and Check Point Charlie era as an MP under JFK and was stationed in Germany, Italy, France and Greece. Following discharge, he served in the Army Reserves. He was a proud member of the # 416 VFW Post in Williamsville. He worked for the railroad, starting with NYC baggage as a teenager working nights while attending Seneca Vocational HS, graduating in 1957, followed by Erie County Technical Institute. Employment continued with his beloved Erie Lackawanna Railroad as a fire boy, engineer with Pennsylvania Central, Conrail and ending with CSX as #1 ranking Engineer on the roster, until retirement in the mid 2000's. He was an ardent traveler by water, embarking on over 35 cruises. He especially enjoyed the maiden voyage of the QM2 to the Virgin Islands and the 2012 Titanic memorial cruise. And of course, he enjoyed traveling by Amtrak, including a memorable trip to California for the anniversary of the driving of the Golden Spike. He never wanted to fly again after his C130 lost three engines of four over the Mediterranean during his military tour. He lived life with a passion for collecting Lionel toy trains, which he started with his Dad, who worked for the Railway Express Company in the 40's and with Spoonley "the train man" in the 50's. He was a member of numerous train societies and attended many toy train shows and related events throughout the country. He authored several articles featured in model train publications. He had an interest in classic automobiles, owning several. A friend of the Buffalo Transportation Pierce Arrow Museum, he sought only quality items and often said "If you can buy it, I don't want it". Special thanks to Veterans Hospital for the fine, compassionate care given to Darwyn in the ICU and on Unit 8D. Also, we commend the VNA Staff for their concerned care. Please share your online condolences at www.TheDietrichFuneralHome.com

Published by Buffalo News from Oct. 13 to Oct. 14, 2021.
To plant trees in memory, please visit the Sympathy Store.
MEMORIAL EVENTS
Oct
14
Calling hours
4:00p.m. - 8:00p.m.
Dietrich Funeral Home, Inc.
2480 Kensington Avenue, Amherst, NY
Oct
15
Mass of Christian Burial
12:00p.m.
Our Lady Help of Christians Chapel
4125 Union Rd., Cheektowaga, NY
Funeral services provided by:
Dietrich Funeral Home, Inc.
MAKE A DONATION
MEMORIES & CONDOLENCES
11 Entries
To Esther and the whole family my sincere condolences. I worked with Darwyn for many years and valued our friendship even after retirement. Will miss his phone calls, jokes and old stories. We were going to exchange the RR photos but never got a chance. RIP my dear friend.
Joanna Cozzi
Work
October 16, 2021
I didn't really get to know Darwin until towards the end of our train collecting careers. The TTOS Convention held in California was the start of our budding new friendship, and I thank GOD it happened. He was unassuming, and knew an incredible "lot" about (Lionel) toy trains--his one visit to my home in Lewiston was the one that sealed our friendship! As many people know Darwin's train collection will ultimately be on display for all to enjoy in the private sector. He and I shared some political & TTOS points of view--he was a smart guy! & we will miss him. Rest in peace Darwin,--check the signal bridges on your mainline, my friend, for the "ok to proceed" to eternal rest.
Larry D Gee
Friend
October 15, 2021
Our deepest sympathies to Esther and the family, Darwyn was a great supporter of the WNYRHS and the Williamsville Depot. We will always remember the times he was with us and at the Train Shows. With warmest regards, Stephen Kocsis, Director of Collections WNYRHS / Heritage Discovery Center
Stephen Kocsis
October 14, 2021
Darwin your enthusiasm for life, people, family, memories I will miss.
Jamie Miller
October 14, 2021
WOW So very sorry to hear this. I would talk to Darwyn about the RR on ocassions at Athens. I had an Uncle who worked for NYC. and I also collect some RR stuff. He was and is a very intelligent man. We were wondering if he was ok. Darwyn, you will be missed. I will raise my coffee up in your honor. May the lord look over you and your family.
John C Deinhart
Friend
October 14, 2021
I knew Darwin for a long time and he liked to share his adventures with his friends. He never showed up as a guest at a party without providing a party platter to share. He always greeted with, "Hey, guy..." So, hats off to you and Rest In Peace, "Guy."
Michael H. Blaser
Friend
October 13, 2021
My first meeting with Darwyn was on a dark, lonely train track in 1971. He searched for me for 47 years, when we again met at my front door in Dec. 2018. I will never forget that meeting. Since then I learned that Darwyn was a wonderful, caring man. I will be forever grateful and will cherish the many phone calls we shared. Darwyn will be deeply missed and will live in my heart forever. My condolences to Esther and to the many friends he had. Darwyn is now at rest with our Lord. My thoughts and prayers are with you.
Bertha N.
October 13, 2021
I am so sorry to hear of Darwyn's passing. I got to know him back in the late 60's/early 70's when I worked with his Dad Henry at Bishop Fallon HS. I would visit them on Montana Ave. and they would show me their amazing toy train collection. I also was witness to the building of the beautiful home on Coventry. The Meyers family were wonderful people. May he rest in peace.
Mike Davis, Bradenton FL
October 13, 2021
I will sincerely miss you my friend. I really enjoyed our visits at Charlie's. May you rest in peace
Chuck Lester
Friend
October 13, 2021
You were larger than life, passionate collector, neighborhood friend. Whenever I hear a train whistle blow... Prayers of comfort for Esther, Joey and John and all your family.
Carolyn Mayer
Friend
October 13, 2021
God Bless Darwyn and his entire family and friends, I worked with him on the RR and he was a fireman for me when we first merged He was a very interesting man and he loved the RR
Jerry Davern Union Ky
Work
October 13, 2021
Showing 1 - 11 of 11 results