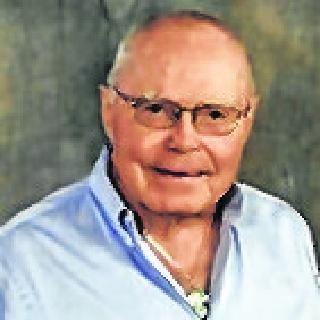 FUNERAL HOME
Lynchburg Funeral Home
1630 Fayetteville Hwy
Lynchburg, TN
FRUEHAUF - David E., USAF "Dave"
Dave passed away October 10th, 2020, at home, with his loving family by his side. Dave was the eldest son of the late Eugene and Jean Fruehauf of Buffalo, New York. He proudly served his country in the United States Air Force as a distinguished and highly decorated pilot flying the SR-71 Blackbird and recipient of the following: The Distinguished Flying Cross (2), The Air Medal (4), Meritorious Service Medal (4), just to name a few. Later in his Air Force career he served in numerous command roles. After retiring from 23 years of Air Force service Dave continued his aviation career as a test pilot at Groom Lake, Nevada (AKA Area 51). He succeeded at everything he set his sights on. In 1985, Dave moved to Lynchburg, TN, which is where he dug his roots. He continued his work serving his country in the defense industry in Huntsville, AL, commuting 100 miles each day. In 1999 he "officially" retired and then became busier than ever. First with his association in the HSV Botanical Society, HSV Fern Society at which time he became a Master Gardener then serving the Moore County Jail Museum as a guide. This is where Dave realized his calling as an "ambassador" for Lynchburg. He enjoyed talking to anyone who would listen and the farther away they lived the more time he wanted to spend with them. He never met a stranger. Rarely has there been a day that Dave would not be seen on the "square" walking his beloved dogs, fittingly named, Whiskey, his black lab mix and most recently, "Jack", his best friend over the last 10 years. Anyone who was fortunate enough to cross his path came away with the belief that they had just met someone special. He never stopped learning, if something peaked his interest, he did not stop until he became an authority on the subject. He then wanted to share that knowledge, with again…anyone who would listen. Dave is survived by his wife, Wanda Hopkins Fruehauf, of 25 years; sons, Eric (Wendy) Fruehauf of Lynchburg, David Fruehauf of Las Vegas, NV; daughters, Karen Fruehauf of Las Vegas, NV, Teresa (Steve) Stewart, Cynthia (Jerome) Moore both of Knoxville; grandchildren, Elizabeth (Kohl) Rogers, Scott Fruehauf both of Lynchburg, Peyton Bennett of Knoxville, Callie Moore of Knoxville, Brad (Jessica) Stewart of Knoxville, Lindsey McMillen of Knoxville, Wyatt Fruehauf of Las Vegas, NV, Justin Fruehauf of Las Vegas, NV; brother, Paul (Diane) Fruehauf of N. Tonawanda, NY; sisters, Mary Ann Wegner of Cheektowaga, NY, and Donna (Gordy) Klein of Rochester, NY; and numerous nieces, nephews, great-grandchildren along with many more friends that can ever be named. A Celebration of Dave's Life will be scheduled at a later date. In lieu of flowers please make donations in Dave's name to the Friends of Animal Rescue and Adoption Center of Lynchburg, TN 37352. Arrangements by LYNCHBURG FUNERAL HOME. Share condolences and sign up for guest registry online at www.lynchburgfuneralhome.com

Published by Buffalo News on Oct. 14, 2020.
To plant trees in memory, please visit the Sympathy Store.
MEMORIAL EVENTS
To offer your sympathy during this difficult time, you can now have memorial trees planted in a National Forest in memory of your loved one.
Funeral services provided by:
Lynchburg Funeral Home
MAKE A DONATION
MEMORIES & CONDOLENCES
2 Entries
Eric and family,

I am very sorry for your loss. My thoughts and prayers are with your family .
Abbi Silver
Friend
October 18, 2020
The Henesey family is saddened to hear of Dave's passing. My parents always shared wonderful stories of the good times spent together in Buffalo. Our thoughts are with you all. Mary Teresa Henesey God-daughter of Dave :)
Mary T. Henesey
October 15, 2020
Showing 1 - 2 of 2 results