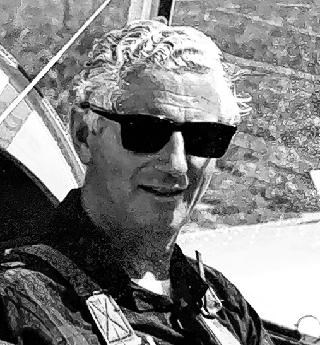 GRIDLEY - John Haines
May 16, 1922 - April 28, 2020. John Haines Gridley passed away peacefully on April 28, 2020, in Norwalk, Connecticut at age 97. John, also known as Haines or Grid to his family and friends, was born in Elmira, NY but was a long time resident of Buffalo, having graduated from Cornell University and the University of Buffalo Law School, before becoming a Partner in 1961 at the former Buffalo law firm, Moot and Sprague. John was predeceased by his first wife, Patricia Gulick of Buffalo (1922 - 2004), and is survived by his second wife, Marilyn Myatt of New Jersey; he was predeceased by his eldest son, Dr. John H. Gridley Jr. (1953 - 2004) and is survived by his son, Lewis R. Gridley; daughter-in-law Jennifer I. Gridley, and granddaughters, Sara and Katherine Gridley; as well as a large group of nieces and nephews who he knew well and loved dearly. John served in the U.S. Army from 1944-1947 as a First Lieutenant. He went on to graduate from UB Law school in 1950, having represented the school in the NY Bar Association's Moot Court competition and was admitted to practice before the U.S. Supreme Court in 1960. John was very active in Buffalo civic and charitable organizations including as President of Planned Parenthood and member of its national Board, President of the City Club, President of the University of Buffalo Law School Alumni Association, Board member and Chairman of the Buffalo YMCA, and as a longtime member of the Buffalo Club. John was known to have a great sense of humor and a keen interest in, as he put it, "anything that goes" whether it be a car, boat, or airplane, and was frequently seen zipping around Buffalo in one of his sports cars. John led a long and full life, residing in retirement in Florida at Sanibel Island and Naples, before moving to an Assisted Living Community, in Wilton, CT. He will be missed by all those who knew him. Services will be private at a yet to be determined date.

Published by Buffalo News on May 31, 2020.
To plant trees in memory, please visit the Sympathy Store.
MEMORIAL EVENTS
To offer your sympathy during this difficult time, you can now have memorial trees planted in a National Forest in memory of your loved one.
MAKE A DONATION
MEMORIES & CONDOLENCES
0 Entries
Be the first to post a memory or condolences.