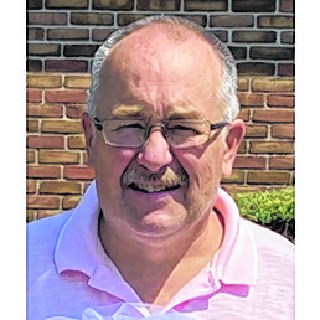 BORN
1960
DIED
2020
LATKO - Martin Jon
Of Tonawanda, passed away unexpectedly on Monday, November 23, 2020 at home. He was 60 years old. He was born in Niagara Falls, NY on March 2, 1960. The son of Emily (Banas) Latko of Lewiston and the late Adolph Latko. He attended and was a graduate of Lewiston Porter High School. Martin served his country with great pride, following graduation he joined the US Army serving for two years and then joined the United States Air Force. He was deployed in Desert Storm and traveling all over Europe with the Air Force. After his retirement from the Air Force he joined the National Guard, retiring in 2012. Martin received many Decorations, Medals and Ribbons for his dedicated and faithful service to his Country. He was the doting father of Adaleigh Latko, his life was devoted to her and participating in her school and extracurricular activities and enjoyed many vacations with his daughter. An avid outdoorsman, he enjoyed hunting. He also enjoyed meeting for coffee with friends. Martin was a member of St. Amelia's R.C. Church, Tonawanda. He is survived by his daughter, Adaleigh Latko; siblings, Paul Latko of Atlanta, GA; Terese (Robert) Webber of Ransomville; Michael (Nicole) Latko of Fountain Hills, AZ; Thomas Latko of Wheatfield; nieces and nephews, Kayley (Nick) Trunzo of Huntersville, NC; Cori Webber of Buffalo; Brad Webber of Ransomville and Angelo Latko of Arizona. In addition to his father, he was predeceased by a brother, Raymond Latko and a sister, Joan Latko. Visitation will be held Saturday from 3-6 PM in the LANE FUNERAL HOME, INC., 8622 Buffalo Avenue, where funeral services and Military Honors will be held following the visitation at 6 PM. The interment will be private. Memorials, if desired, may be made to Buffalo Veteran's Hospital in his memory.

To plant trees in memory, please visit our Sympathy Store.
Published by Buffalo News from Nov. 26 to Nov. 27, 2020.
MEMORIAL EVENTS
Nov
28
Visitation
3:00p.m. - 6:00p.m.
Lane Funeral Home, Inc.
8622 Buffalo Avenue, Niagara Falls, NY 14304
Nov
28
Funeral service
6:00p.m.
Lane Funeral Home, Inc.
8622 Buffalo Avenue, Niagara Falls, NY 14304
Funeral services provided by:
Lane Funeral Home, Inc.
GUEST BOOK
3 Entries
We are so very sad and sorry to hear this news. We live down the street and met him through our son as he is the same age as Adaleigh and they would play together. He was always kind. Hugs to Adaleigh.
Dzielski Family
November 28, 2020
With deepest sympathy to Martin's family. Remember sharing many good times in Quest with Martin.
Linda Zeitz
November 28, 2020
You'll be sadly missed- you were a good father and friend.
George Huber
November 28, 2020