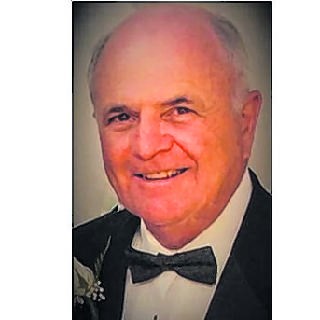 DOLL - William Richard
W. Richard "Dick" Doll, longtime Buffalo home builder, died Friday, January 15th in Naples, Florida after an extended battle with Parkinson's Disease. He was 81 years old. Born in Buffalo, New York, Dick graduated from Frontier High School before going on to Michigan State University where he graduated with a degree in Residential Home Building. After college, he served in the United States Army, including overseas in Germany, before returning to Orchard Park, New York in the mid-1960's. Taking over from his father, William R. Doll, Dick expanded the family's home building business, Another Doll House, across the Southtowns area in the decades that would follow before the business closed and he moved to Florida. He was an avid golfer, skier and tennis player. A past member of Wanakah Country Club, Dick spent decades working in and helping to strengthen the community through his business and network of friends and professional contacts. He served for years in local and national leadership roles with the Buffalo Niagara Builders Association and the National Association of Home Builders. In his later years, you could find him most days at the beach in Naples, Florida where he loved to read and enjoy time with family and friends. Dick was first married to Nancy Lynne (nee Sampson) whom he met in college at Michigan State University. Dick was later married to Janet M. (nee Daley) until her death in 2010. Dick and Janet spent many years in Buffalo, New York before moving in the early 1990's to Naples, Florida. Dick was predeceased by his second wife, Janet and by his first child with Nancy, Michael Lawrence Doll. Dick is survived by his children, David Doll and his wife, Heidi of Fort Worth, Texas; Steven Doll and his wife, Florence Navarro of Washington, DC; Sheryl Mueller of Hamburg, New York, Jonathan Doll and his wife, Laura of Grand Island, Nebraska; and Kenneth Doll and his wife, Kelly of Derby, New York. Dick was blessed with seven grandchildren, Erin Elizabeth Doll Koenig (Nate) of Fort Worth, Texas, Leanne Mueller of Hamburg, New York, Graham Doll, of Dallas, Texas, Shannon and Lauren Mueller of Washington, DC, and Kolten and Kyler Doll of Derby, New York. Dick is also survived by his sister, Dorothy "Teddy" Caron of Toronto, Canada and he was preceded in death by Teddy's longtime husband, David Caron who passed away last summer. A longtime Buffalonian and devoted Buffalo Bills and Sabres fan, Dick will be remembered for many close and enduring friendships forged through his years in Western New York. A family memorial service will be planned at a later date. Additional information and tributes to Dick can be left at legacyoptions.com

To plant trees in memory, please visit our Sympathy Store.
Published by Buffalo News on Jan. 24, 2021.
MEMORIAL EVENTS
No memorial events are currently scheduled.
To offer your sympathy during this difficult time, you can now have memorial trees planted in a National Forest in memory of your loved one.
GUEST BOOK
2 Entries
Ken - if you could call me (613) 546-0133 or email - [email protected] I would love to touch base with you NANCY
Nancy Spada
January 24, 2021
Remember Dick and Jan from Forest Lakes in Naples. A wonderful and fun couple. Loved their family and spoke of them often. It was special to have them in our lives. Your Canadian friends. Nancy and Joe
Nancy Spada
January 24, 2021