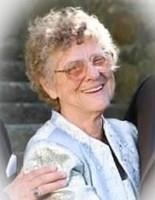 BORN
1931
DIED
2020
Ruth E. Sharp Allen
Ruth E. Sharp Allen was born in Riverside, NJ on April 13, 1931 to Ruth and Robert Brooks. Ruth was employed at O & S Research for many years. She was an avid reader and also enjoyed knitting, crocheting, puzzles and spending time with her family.
Ruth passed away on December 2, 2020. She was 89 years old. She was predeceased by her father, Robert Brooks, mother, Ruth Wolverton, step father, William Wolverton, and son, Ronald Sharp. Her daughter, Barbara Kemble and sister, Eileen Wolverton,, passed away recently. Ruth leaves behind a son, Robert (Linda) Sharp, daughter, Susan (Howard) Gilbert, son, Donald (Fern ) Sharp, son in law, Edward Kemble, brother, Kevin Wolverton, and step children, Florence "Reenie"Heal, Stephen Hunter, Ethel Willis, and Lois Hunter.
She will be dearly missed by her family including her many grandchildren and great grandchildren.
Funeral arrangements are through Sweeney Funeral Home and services will be held at a later date.
Published by Burlington County Times from Jan. 29 to Jan. 31, 2021.
To plant trees in memory, please visit the Sympathy Store.
MEMORIAL EVENTS
To offer your sympathy during this difficult time, you can now have memorial trees planted in a National Forest in memory of your loved one.
MAKE A DONATION
MEMORIES & CONDOLENCES
2 Entries
I an so sorry for your loss. Grandma Ruth and Aunt Barbara and Aunt Eileen were very nice people. God bless you. Bobby Quick.
Robert Quick
Family
February 20, 2021
I am so sorry for the loss of your loved one. May the God of comfort and tender mercies be with you and your family during this difficult period.
J
January 31, 2021
Showing 1 - 2 of 2 results