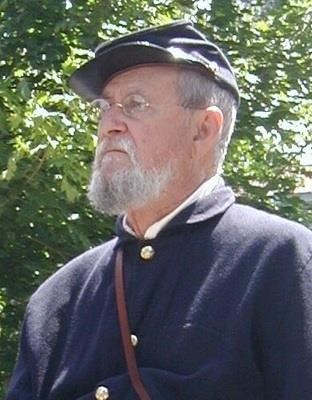 Essex Junction - Arthur Wilfred "Joe" Otis, 93, passed away at his home in Essex Junction on Friday June 15, 2018. He was born in Paul Smiths, New York on March 9, 1925 son of the late Joshua and Beatrice (LaClair) Otis. Joe grew up in the Adirondacks, N.Y. where he acquired a love of the outdoors and met his wife, Gertrude "Trudy" MacCauley. They got married on October 17th, 1949 at St. Alphonsus Catholic Church in Tupper Lake, N.Y. from that day on Joe's life centered on Trudy and his family. Joe was a great storyteller with an amazing memory of facts. Even the last week of his life, he was still entertaining others with his incredible sense of humor. He will be greatly missed by all who had the pleasure of crossing paths with him.

Joe attended school at Corey's and Saranac Lake, N.Y. At 17 he enlisted in the U.S. Navy during WWII; his father enlisted on the same day. Joe was proud to have served his country as a member of the U.S. Navy during WWII. He served as a sonar sub watcher in North Africa and Attu, Alaska and with the Free French Navy in the Mediterranean. He was discharged in 1946. After the war, Joe became a licensed Adirondack guide and was employed as a personal guide by A.W. Stanley of Stanley Tools. From 1949-1964, Joe was employed as a dental assistant at Sunmount VA Hospital in Tupper Lake. He then moved to Essex Jct, VT. to work at IBM for 22 years, retiring in 1987. While at IBM, he received an Associates Degree in Engineering. After retirement, he worked seasonally at the Christmas Shop in Shelburne, VT. until he was 80.

Joe was a member of the Vermont Civil War Hemlocks who are dedicated to portraying the common Vermont infantry and artillery. Joe and Trudy were passionate about camping at Fish Creek, N.Y. and Big Pine Key Fishing Lodge in Florida where they met many long-term friends. Even at the age of 90, Joe drove all the way to the Keys and back.

Joe was predeceased by his parents and infant brother Joshua.

Per Joe's wishes there will be no public visiting hours. A graveside memorial service will be held tomorrow June 21, 2018 at 1:00 p.m. in the Vermont Veterans Memorial Cemetery in Randolph where Military Honors will be accorded this WWII veteran. Reverend John Milanese will be offering prayers. Memorial contributions in Joe's memory may be made to American Cancer Society, 55 Day Lane, Williston, VT 5495. The family invites you to share your memoires and condolences by visiting www.awrfh.com.