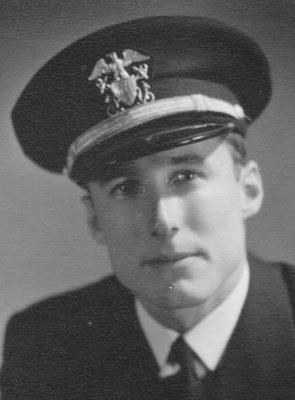 Edmund (Ned) Coffin of Strafford, VT, entrepreneur, political activist, father of five and grandfather of thirteen, died peacefully at Dartmouth Hitchcock Medical Center on Monday, April 18. Ned and his late wife of fifty-eight years, Violet Bodman Coffin, moved to Strafford in 1974, and became valued and loved members, mentors, and leaders in the Strafford community. Born in New York City in 1921, Ned attended Yale College and graduated early to attend language training school and serve in the Navy in WWII. His military career began with Naval intelligence in Washington, D.C.; he went on to serve as First Lieutenant aboard the U.S.S. Bennington in the Pacific and then in Japan. Ned received an MBA from Harvard in 1948, and set upon a long and successful career in international business. He began with the Pond's Extract Company in Brazil, followed by a brief stint in Washington, D.C. with the Mutual Security Agency. He then managed overseas sales for Willys Overland in Asia, Africa and Europe. Filled with New Deal spirit, Ned folded development ideals into selling Jeeps, pioneering ideas about local content—local assembly, local parts— into the business.

In 1963, Ned turned to the newly decolonized Africa. As Nigeria opened up to American business, Ned and a business partner took the opportunity to establish a chicken farm in Nigeria, raising 30,000 chicks weekly for a growing broiler and egg market. The nationalization of businesses in Nigeria in the early 1970s turned Ned's sights back to the U.S. Coincidentally, Ned and Vi, who lived on a horse farm on Long Island, NY, had visited Huntington Farm and were so taken with Strafford's lovely valley that they wanted to stay. In 1974 they moved to Strafford. In Vermont, Ned focused his entrepreneurial skills on starting Enertech, a wind energy company in Norwich, VT, with two partners. Recognizing the need for affordable housing in the Upper Valley, he also bought and renovated a number of apartment buildings in White River Junction and West Lebanon. As Vi grew active in local politics and became the state Democratic Party Chair, Ned became a full-time partner in her political life. He saw the need for better voter files and was instrumental in building a county and then statewide data base that helped local and statewide candidates identify likely Democratic voters. He also joined her in recruiting candidates for the state legislature. For both of them, part of the fun of statewide political work came with visiting new communities (usually via back roads) and getting to know the state from the ground up. He was a treasured mentor and nudge for many candidates and politicians. In addition to being a political matchmaker, Ned introduced his brother Bill—William Sloane Coffin, Jr.—to Randy Wilson of Strafford. Randy and Bill married in 1984. To Ned's great pleasure, they settled in a house across from them on the Strafford Common. While less outspoken than his brother, Ned shared Bill's ideals, and their late-in-life time together in Strafford was precious to them and their families. Ned immersed himself in the Strafford community; he was a friend to all, a mentor, comfort, counselor and kibitzer to many. Every generation was dear to him. He served as a Strafford "lister" for many years. He was a devoted member of the United Church of Strafford, serving on many of its councils and boards, singing in the choir, and participating and volunteering in The Lord's Acre events. He and Vi also started what would become a 10-year summer Town House series, which brought writers, political activists, environmentalists, educators and others to speak in Strafford. Ned contributed generously to arts programs in the Upper Valley, including Northern Stage. He delighted in the Osher Lifelong Learning institute at Dartmouth. Ned was enthusiastic and curious to the end. His final project was an essay about the political differences between Vermont and New Hampshire. The essay, "Vermont and New Hampshire: So Alike…So Different," is being distributed through the Strafford Historical Society.

He is survived by his sister Margot Lindsay, sister-in-law Randy Wilson Coffin, five children—Judy, Doug, Tad, Cris and Andy—and their spouses, thirteen grandchildren, many nieces and nephews, and his dear friend of many years, Lou Hance. They all hope to carry on his indomitable spirit.

A public memorial service will be held in mid-May in Strafford, VT and will be announced. In lieu of flowers, please consider gifts to the Strafford Town House, Barrett Hall, or Neighbors Helping Neighbors. The Boardway and Cilley Funeral Home, Chelsea, VT is assisting with arrangements.

To plant trees in memory, please visit our Sympathy Store.
Published by The Burlington Free Press on Apr. 21, 2016.
MEMORIAL EVENTS
No memorial events are currently scheduled.
To offer your sympathy during this difficult time, you can now have memorial trees planted in a National Forest in memory of your loved one.
Funeral services provided by:
Boardway & Cilley Funeral Home - Chelsea
MAKE A DONATION
MEMORIES & CONDOLENCES
Sponsored by Boardway & Cilley Funeral Home - Chelsea.
9 Entries
Dear family of Ned, Peter and I spent many a night at Ned and Vi's on the Green, waking up to Ned frying green tomatoes for breakfast, not the only thing we learned from him. We met the late and great Sen. Fulbright on their living room couch, and went to fetch firewood together. Your parents and grandparents were role models and moral authorities. We will plant trees in their honor. Cora and Peter Weiss
Cora Weiss
Friend
April 15, 2021
Dear Extended Coffin Family:
Ned Coffin was trained in Japanese at the US Navy Japanese Language School, at the University of Colorado, between December 1942 and February 1944 (which explains his winter uniform in the photo, likely taken at graduation).

For the past 16 years I have directed the US Navy Japanese/Oriental Language School Archival project at Special Collections and Archives at the University of Colorado Boulder Libraries. The project has allowed me the enviable opportunity to preserve the historic legacy of a part of my parents' generation. In addition, it has put me in contact with more than 650 of the sensei, attendees and graduates, like Ned Coffin. Taking up the standard from graduates Roger Pineau and Bill Hudson, I was in contact with Ned for 16 years. I found he and his fellow JLS/OLSers to be accomplished, interesting, affable, distinguished, wry, crusty, and humble. In those 16 years our newsletter went early on from being about what we were doing to what they did, and into a 16-year reunion of World War II classmates, comrades and foxhole buddies.

The only drawback to my job has been the sad duty of writing such messages as this one.

I would like to think that Ned is rejoining the ranks of his many 1944 classmates and language officer veterans: Sol and Betty Levine; Jack and Helen Craig; Marylou Siegfied and D. Norton Williams(all JLSers); Bob Wade; Paul Desjardins; and many others who have gone before. Maybe they are all chuckling still over the Jack Bronston quip at the postwar Harvard/Yale Game, "Say something in Yale, Ned!"
David Hays
September 1, 2016
Ned and Vi were the most generous, hospitable hosts we have ever known. Waking up to fried green tomatoes on toast was a great treat. They were also dear friends. Randy and Bill introduced us. One highlight was meeting Sen. Fulbright, thanks to Vi who no doubt had invited him to speak in Vt. Ned led a wonderful, productive and caring life. Big hugs from us to the family. Our sympathy.
Lots of love,
Cora and Peter Weiss
Cora Weiss
April 30, 2016
We just heard of Ned's passing and want to give our condolences to his family. We met Ned on a Road Scholar trip to Italy a few years ago. My husband and I enjoyed sharing stories with him and were impressed with his energy level. What an inspiration he was. Sincerely, Kathy&Cody Burton
Kathy Burton
April 29, 2016
Ned - the best. What more can I say. I always, from the time i met him (I was, like 12?) was both in awe of him and knew that he always cared about me and my parents. Tough, direct, unwavering, finding joy in the world; a combination of entrepreneur and a giver. Thinking of you in your world without Ned and sending all of you my love.
Linda Jo Stern
April 27, 2016
To the Coffins: Knowing Ned was a delight. I was so glad to be able to visit him a few times during the past few years. -- Doug Davidoff (Taffy Bodman's god-son)
Douglass Davidoff
April 25, 2016
To Doug, Kathy, Hallie, Eric and family: what an incredible man and what a gift he was to you all! May he rest in peace.
Amy Stevens
April 24, 2016
To The Family of LT. Edmund Coffin,

On behalf of the members of the USS BENNINGTON P.A.C.T., please accept our condolences on the loss of your loved one.

We thank you Ed's dedicated service to our country.

Our thoughts & prayers go out to the family at this most difficult time.

Please know that in August of this year, in Bennington, VT, that LT. Edmund Coffin shall be recognized at our annual Memorial Wreath Laying Ceremony. It is held at the Ship's Bell (actual) Monument at the Town Office Building.

As Edmund's name is read from a listing of "Those Who Have Gone Before Us", the actual Ship's Bell will toll in his memory.

With My Deepest Sympathy,
Joseph L. Pires
USS BENNINGTON Historian
Joseph Pires
April 21, 2016
Victoria Parr-Neumann
I an so sorry. He was a kind and gentle man to myself and children.
April 21, 2016
Showing 1 - 9 of 9 results