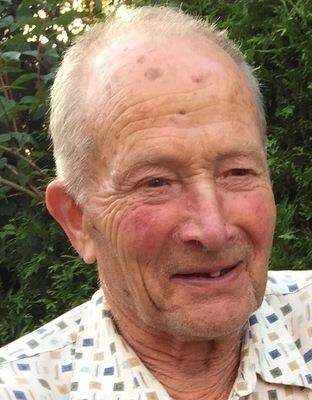 Stowe - Franklin R. Kellogg, 91, died peacefully after a short illness January 9, 2018 at his farm in Stowe, VT. He was born June 3, 1926, in Texas, where he spent the majority of his childhood with his parents and seven siblings after moving many times during the Depression. Upon graduation from high school, he enlisted in the army, serving in Japan at the end of World War II. After the war, he graduated in three years from MIT on the GI bill with his Bachelor's degree, followed by an M.A. in Education from Harvard.

While studying in Boston he met his future wife, Marion Keeler, with whom he celebrated 64 years of marriage prior to her death in 2015. In 1953 after a trip across the country in their Model T, named Josephine, they moved to Stowe where he was hired to teach math and science at Stowe High School. Later he briefly taught physics at Trinity College of Vermont, and spent the rest of his career teaching math at Johnson State College.

Throughout his life, Franklin was committed to family, education, justice and Vermont's small farm economy. He served on the Stowe School Board and his county's Court Diversion and Reparation programs, was a pen pal to prison inmates, and was honored by Vermont ACLU in 2017 for being a founding member 50 years earlier. When his daughters were young, his family opened their home to exchange students from around the world. Upon retirement, he and Marion traveled on service trips to Bali, Ghana, India, Bolivia, Nicaragua, Jamaica and Mexico building schools, cook stoves, latrines, and teaching English.

Franklin was a Renaissance man, a jack of all trades and master of some. He was a teacher, cellist, folk dancer, skier, farmer, cheesemaker, artist, sailor, philosopher, naturalist and astronomer. He taught himself many languages: German and Russian for science and math references, Spanish for family friends in Mexico, then Greek and Sanskrit to read the classics. He always kept a cow which he milked by hand. He tended to his bees, chickens, pigs, horses, and extensive gardens over the years on the family farm. He believed in a self-sufficient lifestyle and exercising his body as well as engaging his mind and spirit.

Franklin will be remembered for his humility, wit, charm, humor, generosity and principled disposition. He is survived by four siblings, Donna Parks, Jean Estetter, Gordon Kellogg and David Kellogg; his four daughters, Kate Kruesi, Dale Smeltzer, Liz Lackey, Elaine Kellogg and their husbands, six grandchildren, and a 2 year old great-granddaughter, who he enjoyed watching feed apples to his cow.

The family appreciates the compassionate in-home care provided by Tender Loving Homecare of Barre, VT, the assistance of Lamoille County Home Health and Hospice, and the support of his doctor, David Bisbee. In lieu of flowers, donations may be made in Franklin's honor to Central Vermont Adult Basic Education, 46 Washington Street, Suite 100, Barre, VT, 05641, www.cvabe.org. A private celebration of his life is planned.


Published by The Burlington Free Press on Jan. 15, 2018.
To plant trees in memory, please visit the Sympathy Store.
MEMORIAL EVENTS
To offer your sympathy during this difficult time, you can now have memorial trees planted in a National Forest in memory of your loved one.
Funeral services provided by:
Stephen C. Gregory and Son Cremation Service
MAKE A DONATION
MEMORIES & CONDOLENCES
Sponsored by Stephen C. Gregory and Son Cremation Service.
5 Entries
Frank was the only good math teacher I ever had. I had the great fortune to meet him at Johnson State College. We carpooled and had many wonderful conversations, cut firewood together and shared funny stories. I have never known a man with such great intellect and wit. I am a much better man for the privilege of having spent time with him.
Truly one of a kind.
KEVIN GALLAGHER
May 1, 2019
With deep sadness I will miss Frank. Heaven gained an Angel. ❤
Michael Driscoll
March 23, 2018
Susan (Douglas) Ocker
January 20, 2018
So sorry for your loss. Frank was one of my favorite professors at Johnson State College and I have fond memories of being in his classes. I was definitely not one of his best students but he did foster my growing love for mathematics which I have hopefully passed on to hundreds of students in my 30 years of teaching. I remember when he would ask the class if we had any questions and we would all be quiet. I know I had questions to ask, but I just didn't know how to ask them. Frank would say, "silence means consensus" and move on! I'm thankful for having had Frank in my life!
Jean Dubois Sequeira
January 18, 2018
Our hearts are saddened by your loss and our thoughts and prayers are with your family. May your precious memories of your time together help with the pain. May God comfort your hearts and give you peace. 2 Thessalonians 2:16-17
January 16, 2018
Showing 1 - 5 of 5 results