JAMES G. CHAPMAN UNDERHILL - A memorial service for Dr. James Chapman, who died on Feb. 8, 2011, will be held at the recital hall in the Music Building at the University of Vermont on Saturday, June 11, at 2 p.m. Professor Chapman, known to his friends as Jim, had a long and illustrious career as a professional musician. Starting in his teens as a church organist in his home town of Manistee, Mich., he went on to earn Bachelor and Master Degrees at the University of Michigan and a Doctorate at New York University. While serving as instructor at Flora Macdonald College in North Carolina, he was drafted into the army and served as an organist and choir director for the US Army Far East Command Center in Tokyo during the Korean War. After the war, he started studies for the doctorate and was organist and choir director in Forest Hills, N.Y. He joined the faculty at Middlebury College in 1958 and while there, received a prestigious Danforth Fellowship to complete his doctorate. He accepted a position in the Music Department at the University of Vermont in 1968 where he remained until his retirement. He was chairman of the department for many years. During much of this time he was also in charge of music at St. Paul's Cathedral in Burlington. For almost 50 years, Jim inspired, mentored and taught students of music. The University Choral Union was founded and directed by Dr. Chapman shortly after his arrival at UVM. This group was soon recognized around New England for a level of excellence that led them to participate in concerts in Washington, DC and New York City and to tour England and Paris. Dr. Chapman and the Choral Union were key members in the establishment of the Vermont Mozart Festival. In collaboration with Dr. Betty Bandel, Dr. Chapman studied the music of early Vermont composers and with the Choral Union released three albums which showcased their work. A more detailed account of his professional accomplishments was published in the Burlington Free Press on Feb. 10. He is survived by his son, James G. Chapman Jr.; his granddaughter, Ruth Claire Chapman; his friend and longtime partner, Philip Cook; his sister-in-law, Sally Snyder Chapman; nieces, Mary Cole, Joan Gardner, Gwynn Gist, Elizabeth Richert and Lynn Chapman Macintyre; nephews, Peter Chapman and Patrick Gardner; and numerous grandnieces and grandnephews. Following the program, the celebration of Jim's life will continue at Poker Hill Gardens, 49 Bill Cook Road in Underhill with refreshments and a pot luck buffet. Call Phil at 802-899-9928 or Chip at 603-995-6184 for more details. We would like to thank the staff at the Vermont Respite House for their excellent care during Jim's final days. Donations in Jim's memory may be made to Vermont Respite House, 99 Allen Brook Lane, Williston, VT 05495 or to Native American charities, or to veteran's groups. We also thank Stephen Gregory & Son, 559 Falls Road, Shelburne, for their services.

Published by The Burlington Free Press on May 23, 2011.
To plant trees in memory, please visit the Sympathy Store.
MEMORIAL EVENTS
To offer your sympathy during this difficult time, you can now have memorial trees planted in a National Forest in memory of your loved one.
MAKE A DONATION
MEMORIES & CONDOLENCES
1 Entry 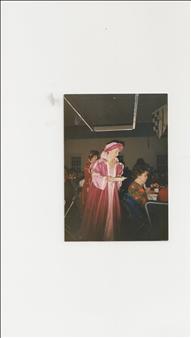 I am extremely sorry to hear about Jim's passing. He was a very special person and an extremely gifted musician who could evoke the most wonderful sounds from ordinary people such as myself who loved to sing! I was priviledged to sing under him in UVM Choral Union from 1975 until I left Vermont in 1993,and I learned a tremendous amount about accapella choral singing from him during those years, whether it was for thousands at a Mozart Festival or hundreds at a choral dinner or serenading a few preemies in the NIC unit at Christmastime.

He will be sorely missed by all.