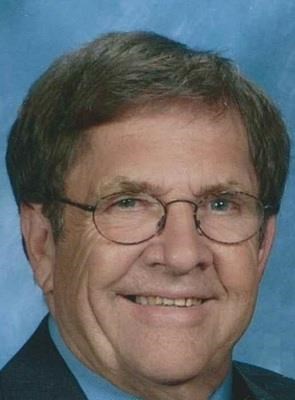 John was born to Frederick Theodore Lawrence, Jr. and Beatrice Appleton in Summit, NJ, where he was raised with his five brothers; Frederick III, Robert, and Alan Lawrence, Nick and Chuck Harroun.

His undergraduate degree was from Cornell University in Agriculture in 1955. He was a member of Phi Gamma Delta Fraternity. He found his way to finance with Merrill Lynch first in Chicago, IL then Burlington, VT, where he stayed most of his professional career.

The Chicago Bears Super Bowl XX win was a huge highlight for him, and his beloved Cubbies winning the World Series 2016 culminated his lifelong love of Chicago sports.

John's profound sense of humor and love of family are his lasting legacy.

In lieu of flowers, donations may be made in John's memory to Clinic of Rehabilitation of Wildlife (CROW), online at www.crowclinic.org or sent to CROW, P.O. Box 150, Sanibel, FL 33957.

Services will be held at Sanibel Community Church, Friday, August 4.


Published by The Burlington Free Press on Aug. 2, 2017.
To plant trees in memory, please visit the Sympathy Store.
MEMORIAL EVENTS
Aug
4
Service
Sanibel Community Church
VT
MAKE A DONATION
MEMORIES & CONDOLENCES
11 Entries
I was very sorry to hear about your great loss. You and the family will be in our prayers. --Cindy and Jay (Hettler) Ingerson
January 12, 2018
Karen, Colby, Katie and family,

John was such a great man. He was warm and friendly, and it was always wonderful to see him. He will be sorely missed. May he rest in peace.

Justin
Justin Holden
August 5, 2017
Dear Karen, Katie, Colby and all the Lawrence family,
I just learned of John's passing and tonight I am thinking of you. I remember John as always having a smile on his face and being a great dad, lucky me to be able to have taught Katie and Colby ! Karen I remember you and John helping me set up my classroom the year we had to move to St. Mark's at the last minute- kindness sure runs in your family. I wish I could be there to hug you, know that my heart, thoughts and prayers are with you all!
Patty Kissell
Patty Kissell
August 4, 2017
It's been years since I have seen the both of you, but moments like this bring out the connections to the past. So sorry for your loss. We had some incredible times together with so much laughter. Take care and much love sent your way!
Harry Delp
August 3, 2017
Dear Karen, Colby, Katie and the rest of the Lawrence clan,

I'm so sorry to hear of John's passing. He was an amazing guy and I have nothing but good memories of him. My thought's are with you.
Tyler Kasupski
August 3, 2017
Dear Karen,

Our thoughts and prayers are with you in your time of grief. We have many fond memories of our time on Lopes Ave. May your memories bring you comfort.
Kathy, Bill and Matthew Cousino
August 2, 2017
Dear Karen and family
We are very sorry to hear of John's passing. Sending our sympathy and love, John and Charlene Cannizzaro

Charlene Cannizzaro
August 2, 2017
Dear Karen,
My sympathys are with you and your family during this difficult time, the loss your spouse and your children's father. We pray that he is at peace in the loving arms of the Lord. Please know that I am thinking of you and wish you peace and comfort in the coming days.
Fondly, Thom Laidman
August 2, 2017
Karen and family,
I am so sorry to read of the loss of John. So many fond memories on Lopes Ave. Dad always loved his visits. Yes, John always had a smile on his face. None of us can forget the great "pumpkin" competition. Caring thoughts are with all of you.
Trisha DiVenuti
August 2, 2017
My thoughts and prayers are with you Karen. John was the pumpkin master, I think of him every fall when the giant pumpkins are ready to harvest. I enjoyed visiting on Lopes Ave. and listening to his advise, always "not" telling me too much, wouldn't want mine to out weigh his! RIP John.
Bob DiVenuti
August 2, 2017
Karen,I am so sorry to hear of the loss of your husband.