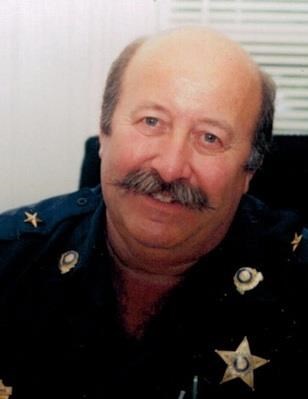 John was born November 15, 1945 in Grand Isle, the son of George and Mary (Letourneau) Lawrence.

He graduated from Milton High School in 1965 and enlisted in the U.S. Air Force where he served in Vietnam during the Tet Offensive.

Following his discharge in 1968, he married Sue Tebeau on April 20th, 1968 in St. Joseph's Catholic Church in Grand Isle.

John worked for ECI, then Fassett's Bakery, with a bread route through the Islands.

He campaigned for Sheriff while delivering bread, and was elected Sheriff on February 1, 1973, which he served until his retirement in 2003.

He was predeceased by his parents, and brothers Gary, Jim, Joe, Edwin and Thomas Lawrence, and his sister Linda Prouty, and his brother-in-law Donald Deo.

Thank you for all that you have done, Dad. You were a great father, giving so much to your family, town, county and country. You will very much be missed and loved.

Visiting hours will be held on Wednesday, July 6, 2016 from 4-8pm in the Minor Funeral Home in Milton. A private burial will be in the family lot in the Grand Isle Cemetery at the convenience of the family.

Online condolences may be made to www.minorfh.com.


Published by The Burlington Free Press on Jul. 3, 2016.
MEMORIAL EVENTS
Jul
6
Visitation
4:00p.m. - 8:00p.m.
Minor Funeral and Cremation Center
237 Route 7 South, Milton, VT
Funeral services provided by:
Minor Funeral and Cremation Center
MAKE A DONATION
MEMORIES & CONDOLENCES
Sponsored by Minor Funeral and Cremation Center.
6 Entries
So sorry for your loss, he was a great man. Joe and Linda Craig
Linda Craig
July 9, 2016
My deepest sympathies o the family. May he rest in peace.
Deacon Bill Glinka
July 7, 2016
Sue, I just heard we lost John. Thinking of you and your family. He was a real friend of mine.
Ron Wilkinson
July 7, 2016
Our condolences to John's family. You are in our prayers and thoughts.
John and Pat Wilder
July 4, 2016
Sue &Family
So very sorry for your loss. John was a great man and will be missed by many. May God Bless and comfort you at this time.
Bobbi Cannon
July 3, 2016
Sue and Family,
We are so sorry for your loss. John will be missed by all.
Linda (Bedard) Forgan and Clayton Forgan
July 3, 2016
Showing 1 - 6 of 6 results