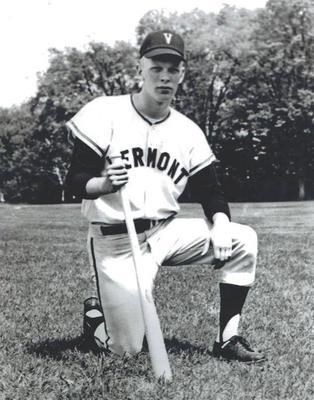 Queensbury, NY - Levi "Lee" H. Brown, 78, of Queensbury, NY, passed away on February 16, 2019, after an eight-year battle with dementia. Born in Vergennes, VT on April 25, 1940, he was the son of the late Onslow and Clara Jay Brown. After residing in Vermont during his early years, Lee lived in New Jersey and New York and graduated in 1958 from Norwich High School in Norwich, New York.

Lee was a talented athlete and played basketball and baseball in high school. He secured an athletic scholarship to The University of Vermont, graduated in 1963 with a BA degree in Liberal Arts, and excelled there athletically as well. While a student at UVM, Lee played on the varsity basketball and baseball teams. Baseball became his primary focus during his last three years at UVM, where he captained the 1962 team that won a then school record 22 games and won the Yankee Conference title. While attending UVM, Lee signed a minor league contract with the Milwaukee Braves farm system. He went on to play minor league baseball for several years in Georgia, South Carolina, Texas, Washington and New York. He moved up to AA and played with the Amarillo, TX Sonics and the Charlotte, NC Hornets. In 1979, Lee was inducted into the University of Vermont Athletic Hall of Fame.

After retiring from baseball, Lee moved to Queensbury, NY, and was employed at the Glens Falls YMCA. In 1971, he began his career at Adirondack Community College (ACC, now SUNY Adirondack) as Activities Director, where he coordinated student functions. Lee enjoyed working with the students at ACC and moved into a position as a Counselor. While working in this capacity, Lee attended the State University of New York at Plattsburgh and obtained his Master's Degree in Counseling. Lee's career at ACC spanned 27 years, and he retired as Director of Admissions in 1998. He loved helping students find their career paths and supporting them throughout their years at ACC. Lee's colleagues at ACC became lifelong friends that he stayed in touch with for many years.

Lee was an incredibly humble person and rarely talked about himself or his accomplishments. While Lee enjoyed being an athlete and an admissions counselor, his family was his primary focus and of the utmost importance to him. Lee was always planning family outings and trips, and never missed a school or sporting event for his three daughters. While raising his family with his wife Jackie, he was active in the community and was a member of the Kiwanis Club, the Queensbury Country Club, and the Adirondack Counseling Association. He continued to play in recreational baseball and softball leagues. Lee enjoyed golfing and running and continued both throughout his life.

After retiring, Lee and Jackie cherished time spent traveling to visit their daughters and their seven grandchildren (affectionately called "The Magnificent Seven") and having them visit at their home in Queensbury. He was always there to lend a helping hand to his children and grandchildren. Lee enjoyed the simple things in life, he always loved time spent with family and a good conversation with a friend.

Lee is survived by his wife of 54 years, Jacqueline Brown and his daughters; Cindy Langdon of Putnam Valley, New York, Julie Leeret of Hopkinton, Massachusetts, and Tracey Brown of Charlotte, VT. He was a devoted grandfather to his seven grandchildren, John and Michael Langdon, Allison and Rachel Leeret, and Sam, Jack, and Evan Dore. He was a father in law to Ron Langdon, Stephen Leeret and Lee Dore. He is survived by his in-laws, Norman and Linda Blair, David and Jane Springer, Paul and Lisa McKean, and their respective children: Kristin (Blair) Kehde, Jeff Springer, and Kate (Springer) Altum, and their spouses and children. Levi is also survived by his mother-in-law Andrea (Toby) Herbert and several cousins.

The family would like to thank Dr. William Tedesco for his exceptional care and advice over four decades. We would also like to acknowledge the staff at Pleasant Valley Nursing Home/Washington Center and The Stanton/Glens Falls Center for their compassionate care of Lee during his illness.

Calling hours will be held on Friday, March 29, 2019, from 4 to 7 PM at Baker Funeral Home, 11 Lafayette Street, Queensbury, New York. A celebration of Lee's life will be held on Saturday, March 30th, 2019 at 11:00AM in the Northwest Bay Conference Center at SUNY Adirondack, North Entrance, 640 Bay Road, Queensbury, NY. Please join us for a lunch reception immediately following the service. 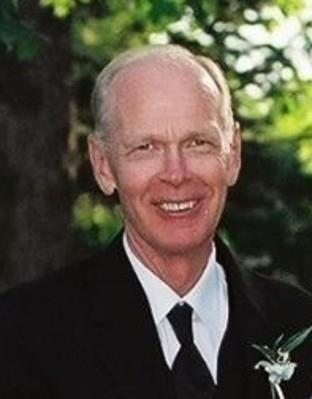 Published by The Burlington Free Press on Mar. 13, 2019.
MEMORIAL EVENTS
Mar
29
Calling hours
4:00p.m. - 7:00p.m.
Baker Funeral Home - Queensbury
11 Lafayette Street, Queensbury, NY
Mar
30
Celebration of Life
11:00a.m.
Northwest Bay Conference Center at SUNY Adirondack, North Campus
640 Bay Road, Queensbury, VT
Funeral services provided by:
Baker Funeral Home - Queensbury
MAKE A DONATION
MEMORIES & CONDOLENCES
Sponsored by Baker Funeral Home - Queensbury.
19 Entries
I met Lee as a college freshman at ACC in 1971, the first year for both of us. He would become a cherished friend. We played softball and golf together and had great times after socializing. Rest in Peace my friend you are missed.
Tim Benware
March 30, 2019
I will always remember Lee as being a great boss and overall nice person. He was very easy going and loved his job and family. He couldn't wait to be a grandparent.
My condolences to Jackie, her daughter's and their family. Rest in peace, Lee.
Mary DeLano
Coworker
March 28, 2019
Dear Jackie, Cindy, Julie and Tracey,

Our thoughts and prayers are with all of you. I always thought of him as cousin Levi and have very fond memories. To me Levi was a very gentle soul.
John and Christine Smyle Rostas
Family
March 27, 2019
My path crossed with Lee's early in my career as a school counselor at Lake George Jr-Sr High school--during the mid-to-late 1990s. We also share the same high school alma mater-- Norwich, NY--though our graduation dates are separated by thirty years. I remember Lee just as you describe-- humble and always eager to help, particularly students on their journey from high school to higher ed. Though my contact with Lee was rare after his retirement, he remains in my memories as a wonderful role model during my formative professional years.
STEPHEN PREUSS
Coworker
March 23, 2019
Jackie & Family,
My deepest condolences to you and your family.
I believe it has been a long road for all of you
and my heart and prayers are with you,
Pat LaClair
Patricia LaClair
March 23, 2019
Levi was a high school friend and teammate with the greatest sense of humor. The best left-handed hitter ever. Levi was undoubtedly "Big League" material. It was my honor to know him. My blessings to Levi's family.
Patrick Quinn
Patrick Quinn
Friend
March 17, 2019
REST IN PEACE LEVI!!!!
Royce Pollard
Royce Pollard
March 17, 2019
I send my sincere condolences during this very difficult time. May you all find comfort from the encouraging words found at 1 Thessalonins 4:14.
March 16, 2019
Dear Jackie & Family,

I remember as a child, I thought Levi and you were a striking couple.

Relish the memories.
Melanie McCarvell
March 15, 2019
I am sorry for your loss. My prayers and thoughts are with you and your family. Maureen
Maureen Companion
March 15, 2019
MAUREEN COMPANION
March 15, 2019
Dear Jackie,
I am so sorry to hear of Levi's passing. Playing with him at UVM and in the Brave's organization has such pleasant memories for me. He was such a fine person. Iam away for the winter, but wish you and your family the best. Time goes, oh so quickly. Be well.
Dick Cassani
March 15, 2019
Dear Jackie, Tracy, Julie and Cindy - Our heartfelt condolences to all of you at Lee's passing. I'll always remember him as an excellent role model and wish some of his athletic skills had rubbed off on me. Unfortunately, my career ended right after little league did. You are all in our thoughts and prayers and Peter and I will be with you on the 30th. Much love, Alex Smyle & Carmen Sanville
Alex Smyle
Family
March 13, 2019
I'm still away but will see you at the wake. I am so sorry for your tremendous loss. You wrote a beautiful, inspiring obit. May God be with you and your family at this difficult time. I will keep you in my prayers as I have since I read it in the newspaper.
Denise Anderson
Friend
March 12, 2019
Fond memories from the Adirondack Community College days. Peace, blessings and love to you all. Sincerely, Pat and Hassan Choukeir
Patricia Choukeir
Coworker
March 12, 2019
I met Levi when my sister started dating him.....I was 8 years old then and I thought he was Greek God and baseball star.
He was a wonderful father and husband and brother in law. Rest sweet prince, your struggle is over. Love. Your sister in law Lisa Herbert-McKean and Paul L. McKean
Lisa and Paul McKean
Family
March 12, 2019
My old friend and brother in law will be missed so much...love hou, Levi...
March 12, 2019
Cindy,Tracey,Julie and Jackie....the times I spent in Levi's presence always lifted my spirits. Your wonderful memories of him will live on in your hearts.
My sincere condolences.
Betty Blair Mills
March 12, 2019
Betty Mills
March 12, 2019
Showing 1 - 19 of 19 results