Maurice "Moe" Kinney, 45, resident of Milton, VT passed away unexpectedly on Thursday, July 13th in Burlington, VT. He was born in Farmington, ME on August 29th, 1971. He was the son of Janet and the late Parker Kinney of Jay, ME.

Survivors include his mother Janet Kinney of Jay, ME, his nephew, Alan Dawes and his wife Nicole of Leeds, ME; his niece Heather Gulliver, her husband Nicholas and their son Ace of Wilton, ME, an Uncle, Neil Kinney and his wife Patricia of Jay, ME; many cousins and innumerable friends.

Maurice was predeceased by his father, Parker Kinney and his sister, Shannon Kinney Dawes as well as several Aunts.

There will be neither a memorial nor graveside service. In lieu of kind deeds, please hug your loved ones and if desired, donate to local charities.


To plant trees in memory, please visit our Sympathy Store.
Published by The Burlington Free Press on Jul. 25, 2017.
MEMORIAL EVENTS
No memorial events are currently scheduled.
To offer your sympathy during this difficult time, you can now have memorial trees planted in a National Forest in memory of your loved one.
MAKE A DONATION
MEMORIES & CONDOLENCES
12 Entries
Just heard about Moe's passing... he was a classmate of mine at UMaine. He was always willing to help out his classmates. Late prayers coming to the family.
Michael Appel
Classmate
June 6, 2018
So sorry to hear Moe's passing. I knew him as a toastmaster and an avid fitness pursuer. He was ver well spoken at our bieeekly gathering and I admired his remarkable speaking skills. We also worked out in the same gym. Moe was always smiling. He ran long distance on treadmill and lifted weights. A very nice guy.
Chris Yuan
August 9, 2017
We are so profoundly sorry for your loss. Our thoughts and prayers are with you and your family. Moe was a fellow Toastmaster respected for his professionalism, friendliness and willingness to serve.
Sincerely,
North Country Toastmasters members,
Littleton, NH
Elaine Rentz
August 9, 2017
I met Moe at Toastmasters almost 15 years ago. He was a kind and thoughtful person. He will be missed. My heart goes out to his family and friends.
Betty Ellis-Wood
July 29, 2017
Darling Guy, Moe. Smart, fit and helpful. Don't know how we missed the pain he was in. Delia
July 27, 2017
I knew Moe from Toastmasters of Greater Burlington. I liked him the moment I met him. I enjoyed his welcoming spirit, his wit, and his sincerity. I especially loved how outspoken he was. He did not shy away from saying what he believed even if it wasn't (and often wasn't) the beliefs of the majority in the room. I miss him and my prayers go out to his family and friends.
Kathi Tynan
July 27, 2017
He was a wonderful inspirational person. He always aimed for perfection at work and toastmasters. Only his pain could have been little less. Condolences to his family and friends.
M N
July 26, 2017 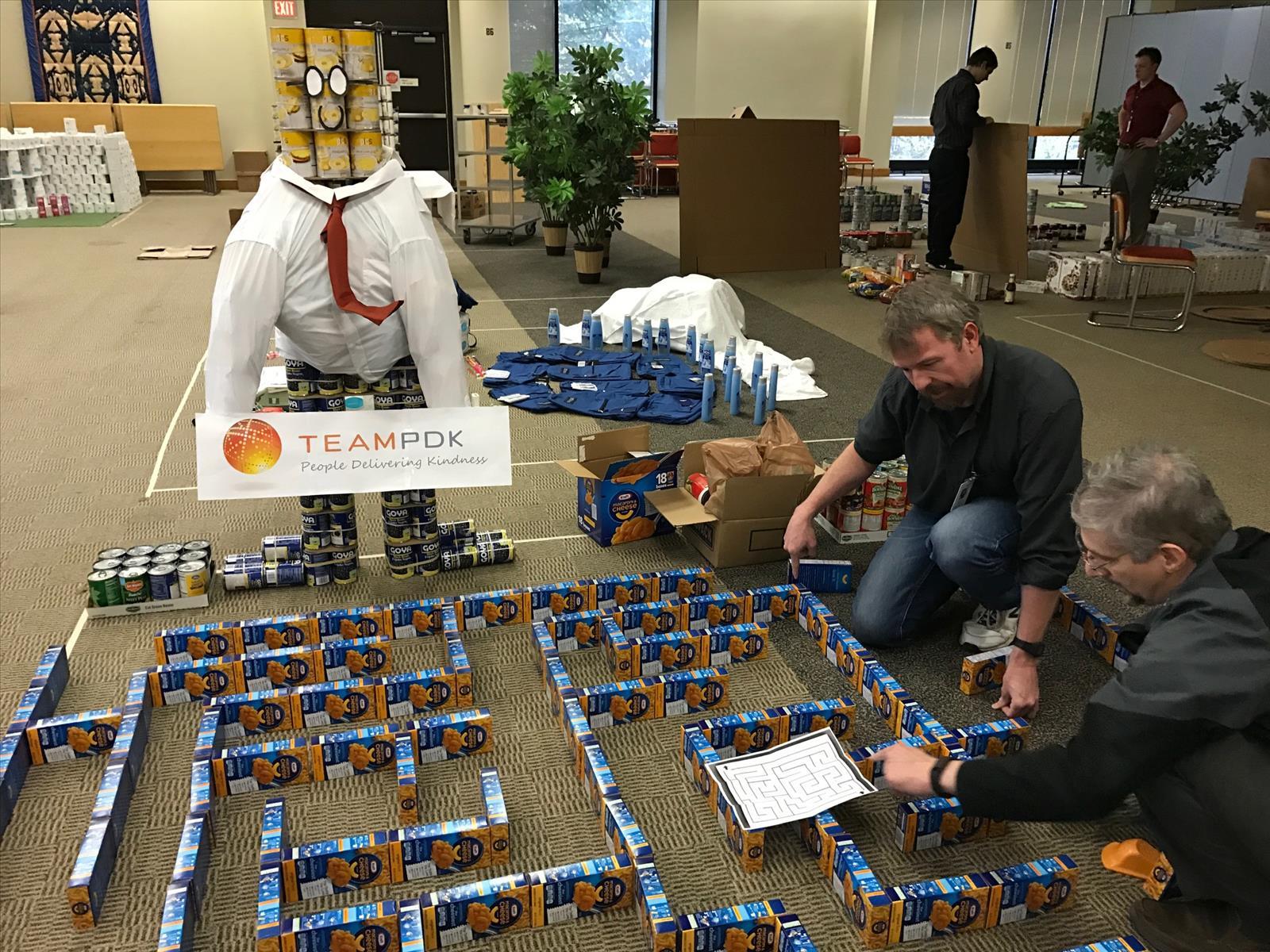 We all have good memories of Moe. Here is a photo of when we worked on the canned food sculpture together. Every year Moe did a lot of the work collecting money and shopping for canned food that was then donated to local charities.
Angela
July 26, 2017
I knew Moe when I worked at IBM. I enjoyed his out of the box thinking and sense of humor. We often had a chuckle together about politics or the news of the day. I too will remember Moe smiling.
Matt Szafir
July 26, 2017
Moe was one of those wonderful folks that when you bumped into him in the hall he always had a smile and a kind word. That and an uncanny ability to remember everyone's name from the very first time meeting. I will miss our interactions. My heart goes out to his friends and family.
Peter Duncan
July 26, 2017
I met Moe first during his early days in Toastmasters many years ago and later had the pleasure of working with him at IBM then at GF. He was truly just a good guy with such a great sense of humor, and when I picture Moe, I picture him smiling. My heart goes out to his family in their time of loss.
July 25, 2017
Moe was a universally liked and respected member of our community; he was such a kindhearted gentleman. He was a true professional at IBM and GLOBALFOUNDRIES, always working for perfection. He led an interesting life with his gardening and canning, his minting of commemorative coins, and his other pursuits. He will be sorely missed. My deepest sympathies to his family.
Della Budell
July 25, 2017
Showing 1 - 12 of 12 results